10 Creative Rituals You Should Steal 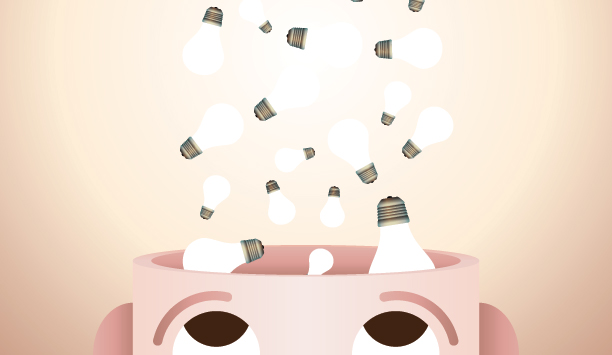 “There’s usually a time in any project when a stuck moment happens, and I find that getting away from the computer and the busyness of the day is the most important part in successfully battling that. Even if it’s only for 10 minutes. When you rest your mind, the ideas will come easier. I find any exercise and meditation really helpful, as creativity is all about being focused and present to me.“

Benjamin Franklin made sure to end every day by asking “What good have I done today?” Maya Angelou only wrote in tiny hotel rooms. Jack Kerouac made sure to touch the ground nine times before writing.

Sustained creativity doesn’t come from a flash of brilliance or a single afternoon of inspiration. It comes from a consistent routine that serves as the bedrock for getting things done. At 99U we’ve spoken with dozens of entrepreneurs, researchers, and creatives about their unique routines. Below are some of our favorites.

The most impactful thing I’ve done is to take a week off the grid every quarter. [My wife] Amy and I head to the airport on Saturday to go somewhere. I leave my computer at home and give her my smart phone at the airport. She gives it back to me the following Saturday when we return home. We always go somewhere – usually a relaxing place, but it’s always a trip rather than a staycation. I then spend 100 percent of my time relaxing and being with Amy. I usually read a book a day on these trips, we talk a lot, have plenty of adult entertainment, and sleep late every day. Whenever I return, I’m always refreshed.

2. Hold a “Retrospective” After Projects

[The presidential campaign] had a really good team dynamic that relied quite a bit on the “retrospective” meeting at the end of a project that allowed us to stop and say: “What was it like to launch? What did we do right? What did we do wrong?”

Since we were practicing kind of a startup ethos of iterative development, we could usually see immediately what went wrong and what was right, and it was incredibly valuable. Just being aware of how things are going, and talking about it quickly, I think is incredibly important.

People forget to acknowledge, that especially in technology, work kind of hurts. People have feelings and it is important to talk about those feelings and address them. If you’re in a room and you say, “Okay, we launched today. How do you feel about that?” Then your team says, “I did not like it when this happened. I struggled with it and I was little bit unhappy that we put down this task, but I was super excited about this.” We just had a conversation, a real conversation, about real feelings.

Best-selling author Cheryl Strayed on the importance of writing daily:

I often recommend writing as a tool for self-discovery because it’s helped me so much. I use writing in different ways: I write as an artist but I also write when I’m just trying to work through something or make a tough decision. And I think, a lot of times, even people who aren’t writers will write in crisis. They’ll write in their journals after breaking up with someone, even though they haven’t written for two years. That’s because it’s a way to essentially practice your thoughts and see what’s there. Writing forces you to locate your clarity.

Writer and entrepreneur Ben Casnocha makes sure to invest in his “interesting people fund,”:

The interesting people fund is a pre-commitment strategy: by pre-committing time and money to meeting interesting people, you increase the likelihood that you actually do it. Because many people know they ought to do it, and think about doing it, but when push comes to shove and it’s time to take an hour out of your day or spend $40 buying someone lunch — they punt on it.

In terms of the long view of networks, if you’re not taking the long view, you’re doing it wrong. Relationships — be it romantic, friendship, or professional – take time to develop. A lot of time. Rushing a relationship into a short term transaction can jeopardize the long-term relationship potential.

5. Keep “Tear Sheets” to Get Inspired

There’s usually a time in any project when a stuck moment happens, and I find that getting away from the computer and the busyness of the day is the most important part in successfully battling that. Even if it’s only for 10 minutes. When you rest your mind, the ideas will come easier. I find any exercise and meditation really helpful, as creativity is all about being focused and present to me.

I also have tons of things that I’ve saved, dimensional items, whether its tear sheets from magazines or invitations to events that I liked, or beautiful packaging, or just anything that inspires me. And, I have these books that are not categorized by anything but are just full of visual works, so I’ll flip through those for ideas.

News anchor Pat Kiernan makes sure to take a nap. Every day.

I’m super protective of my nap, and my schedule generally. You have to learn how to say no. I usually keep a pretty hard line about that. You have to be rested and healthy for your job in the morning, so you have to cut some things off, and resist the temptation to go to everything you’re invited to.

7. Envision What You Will Be Remembered For

One thing I used to do is write faux business pieces, “Financial Times” or “Wall Street Journal” articles, about a company in the future. So you can sort of say, “That’s what we’re trying to achieve.”I wrote one for Rapha in early 2005, when we’d been going for about seven or eight months. I wrote a piece that I pitched as being December 2010 in Fortune magazine. (Obviously the world’s a bit different now, and Fortune magazine isn’t quite what it used to be.)

But it talks about Rapha revolutionizing the cycling market and leading more people to discover road racing as a lifestyle and a fundamental part of their lives. It talks about 25,000 Rapha customers meeting at Rapha cycling cafes, going for rides together, consuming Rapha coffee, being all part of a club. It talks about some of the products, reading magazines that Rapha publishes… Five years on, the way it described the business was actually very accurate to where we were last year in December 2010.

8. Brainstorm at the Bar

Designer James Victore does his “think-work” at the bar and his “work-work” in the studio:

[I do all my sketching on] paper, and not in the studio. I’ll go to a bar or a restaurant. When I did my book, I left the studio every morning and I went to the park and sat for an hour, hour and half. I brought an idea, and I wrote longhand in one of these big sketchbooks. Then I would come into the studio and work during the day. Afterwards, at 4 or 5 o’clock, I’d go to my bar, sit with a beer or two, and refine it. Or write on a new idea. So it became this really nice process of every day. And it became a habit.

I can’t do the think-work in the studio. The studio’s for putting stuff together – for work-work. And if we’re not doing work-work, then we leave. How many great architecture ideas have been drawn on napkins? Because they’re free, they’re not thinking about work.

9. Get Out of the Building

Radio host Garrison Keillor makes sure to get into the “observable world”:

I don’t think that one should sit and look at a blank page. The way around it is to walk around with scrap paper and to take notes, and simply to take notes on the observable world around you. If you walk into this room and see these great columns and think this was once a savings bank, you could put those two things together, and make some notes here – that would be the start of something.

I think everything – everything – starts with the observable world, and even though you may cut that out of your final go, nonetheless I think this is where it always starts, and with overheard conversations. There are a lot of conversations here that could be overheard, and you’re probably more likely to get them in the back of the room.

Read the rest of the interview here.

Artist and filmmaker Ze Frank has a method to his madness when brainstorming:

Morphological synthesis is a way of trying to segment your thinking process into parts. I definitely use it quite a bit. (Though not in the strictest sense of the word.) You take 4-5 adjectives or characteristics and then brainstorm in that direction.

I flip back and forth between the extremes until something interesting comes out of it. And then you repeat the process based on that new idea. It’s a super-cool exercise only in that it forces you to explore the outside boundaries of things.

Read the rest of the interview here.

What are some rituals that you couldn’t live without?

Memo to all government employees