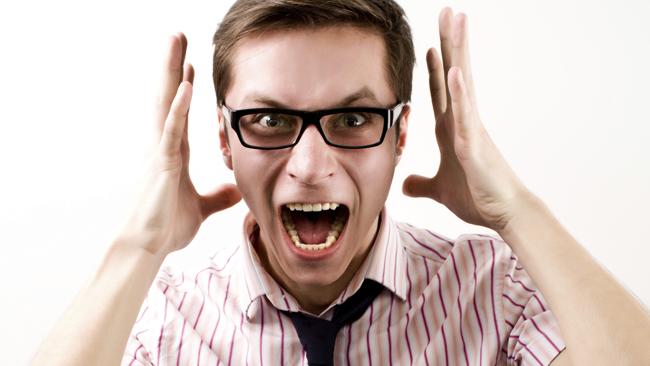 “Every time you’re late to an appointment or meeting says your time is more important. Every time you wait until the grocery clerk finishes ringing you up to search for your debit card says you couldn’t care less if others have to wait unnecessarily. Every time you take three minutes to fill your oversize water bottle while a line stacks up behind you says you’re in your own little world–and your world is the only world that matters.“

Want to win friends and influence people? Here are 10 things that ensure you won’t:

1. You thoughtlessly waste other peoples’ time. Every time you’re late to an appointment or meeting says your time is more important. Every time you wait until the grocery clerk finishes ringing you up to search for your debit card says you couldn’t care less if others have to wait unnecessarily. Every time you take three minutes to fill your oversize water bottle while a line stacks up behind you says you’re in your own little world–and your world is the only world that matters.

Small, irritating things, but basically no big deal? Wrong. People who don’t notice the small ways they inconvenience others tend to be oblivious when they do it in a major way.

How you treat people when it doesn’t really matter–especially when you’re a leader–says everything about you. Act like the people around you have more urgent needs than yours and you will never go wrong–and you will definitely be liked.

2. You ignore people outside your “level.” There’s an older guy at the gym that easily weighs 350 pounds and understandably struggles on the aerobic and weight equipment. Hats off; he’s in there trying.

Yet nobody talks to him. Or even seems to notice him. It’s like he’s invisible. Why? He doesn’t fit in.

Here’s an easy rule of thumb: Nod whenever you make eye contact. Or smile. Or (gasp!) even say hi. Just act like people exist.

We’ll automatically like you for it–and remember you as someone who engages even when there’s nothing in it for you.

3. You ask for too much. A guy you don’t know asks you for a favor; a big, time-consuming favor. You politely decline. He asks again. You decline again. Then he whips out the Need Card. “But it’s really important to me. You have to. I really need [it].”

Maybe you do, in fact, really need [it]. But your needs are your problem. The world doesn’t owe you anything. You aren’t entitled to advice or mentoring or success. The only thing you’re entitled to is what you earn.

4. You ignore people in genuine need. At the same time, some people aren’t in a position to help themselves. They need a hand: a few dollars, some decent food, a warm coat.

Though I don’t necessarily believe in karma, I do believe good things always come back to you, in the form of feeling good about yourself.

And that’s reason enough to help people who find themselves on the downside of advantage.

5. You ask a question so you can talk. A guy at lunch asks, “Hey, do you think social-media marketing is effective?”

“Well,” you answer, “I think under the right circumstances…”

“Wrong,” he interrupts. “I’ve never seen an ROI. I’ve never seen a bump in direct sales. Plus ‘awareness’ is not a measurable or even an important goal…” and he drones on while you desperately try to escape.

Don’t shoehorn in your opinions under false pretenses. Only ask a question if you genuinely want to know the answer. And when you do speak again, ask a follow-up question that helps you better understand the other person’s point of view.

6. You pull a “Do you know who I am?” OK, so maybe they don’t take it to the Reese Witherspoon level, but many people whip out some form of the “I’m Too Important for This” card.

Maybe the line is too long. Or the service isn’t sufficiently “personal.” Or they aren’t shown their “deserved” level of respect.

Say you really are somebody. People always like you better when you don’t act like you know you’re somebody–or that you think it entitles you to different treatment.

7. You don’t dial it back. An unusual personality is a lot of fun–until it isn’t. Yet when the going gets tough or a situation gets stressful, some people just can’t stop “expressing their individuality.”

Knowing when the situation requires you to stop justifying your words or actions with an unspoken “Hey, that’s just me being me” can often be the difference between being likeable and being an ass.

8. You mistake self-deprecation for permission. You know how it’s OK when you make fun of certain things about yourself, but not for other people to make fun of you for those same things? Like receding hairlines. Weight. A struggling business or career. Your spouse and kids.

It’s OK when you poke a little gentle fun at yourself, but the last thing you want to hear are bald or money or “Do you want fries with that?” jokes. (Bottom line: I can say I’m fat. Youcan’t.)

Sometimes self-deprecation is genuine, but it’s often a mask for insecurity. Never assume people who make fun of themselves give you permission to poke the same fun at them.

Only tease when you know it will be taken in the right spirit. Otherwise, if you feel the need to be funny, make fun of yourself.

9. You humblebrag. Humblebragging is a form of bragging that tries to cover the brag with a veneer of humility so you can brag without appearing to brag. (Key word is “appearing,” because it’s still easy to tell humblebraggers are quite tickled with themselves.)

For example, here’s a tweeted humblebrag from actor Stephen Fry: “Oh dear. Don’t know what to do at the airport. Huge crowd, but I’ll miss my plane if I stop and do photos… oh dear don’t want to disappoint.”

Or better yet, don’t brag. Just be proud of what you’ve accomplished. Let others brag for you.

Like most things in life, offering helpful advice is all about picking your spots–just like winning friends and influencing people.