2015 Election: Between the Old and the Young – Mustapha Saddiq 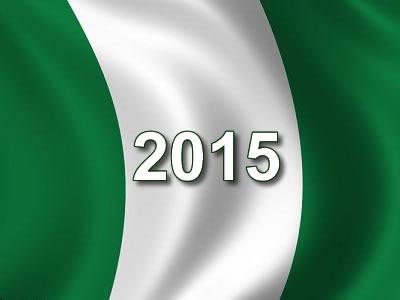 “Though there are many buses in the park, I noticed only two ‘luxurious’ buses parked and I wanted to travel by one of them since its a long journey so, I want to enjoy their ‘luxury’ and comfortability. One of the two buses is relatively older with a relatively younger driver and the other newer bus has an older driver. The choice of which bus to board then became even harder. I took a deep breath as I saw a gentleman I believed to be in his early 60s sitting quietly in one corner. I went straight to him to ask for guidance“.

There is this meeting that everybody is preparing for and that I was invited to attend it also. It is scheduled to hold on 14th February -the valentine’s day in Abuja. When I go there, I also want to seize the opportunity to make some ‘runs’. I was told that ‘runs’ in Abuja pays well and that a lot of money changes hand easily.

As a fresh graduate in my 20s, you can imagine how ambitious I am. I need money to further my education since its not free. I have many siblings and my father is an average income earner, he ones told me that he can’t sponsor my MSc program and that he will help me look for job so that I can sponsor myself. Finding job in my country is not easy but I reason with him anyway.

I need security of my life and properties around me as I know I will sooner or later have a house and family to take care of. My area is secured at all, bombings here, kidnappings there and thieves everywhere to mention but few. So if my ‘runs’ click, I want to use part of the money to hire private security agents.

I also need electricity, the electricity supply in my area is laughable, we spent days before we see even a ‘flash’. I need a generator and money for fuel, I’m a football fan so I want to be watching it. The list could go on-and-on. Youths are very ambitious!

Abuja is far so I have to leave my state at least a day to the meeting day since I can’t board a plane. I was also told that it will even be faster for me to travel my foot than to board the over-hyped locomotive train. People said it is the 1960s type, I haven’t seen it though.

The only feasible option before me is to travel by road, so I went to the motor park early the morning. On arrival, I met many people going on with their normal life and some ‘boys’ were trying to woo me to board their buses. I then paused to critically examine the busses and their drivers before making up my mind.

Though there are many busses in the park, I noticed only two ‘luxurious’ buses parked and I wanted to travel by one of them since its a long journey so, I want to enjoy their ‘luxury’ and comfortability. One of the two buses is relatively older with a relatively younger driver and the other newer bus has an older driver. The choice of which bus to board then became even harder. I took a deep breath as I saw a gentleman I believed to be in his early 60s sitting quietly in one corner. I went straight to him to ask for guidance.

After exchanging pleasantries, I told him my story and also seek advise on which bus I should enter. He promised to tell me nothing but the truth about them but also said he will not choose for me between the two. He said I should choose by myself.

He started “You see, the older driver is of unquestionable integrity, he is honest and bring back ‘balance’ intact. Everybody in this park knows that he don’t siphon money. Though he is old, he is more than 70years of age, as you can see he even use medical glasses to aid his sight but he was never involved in any form of accident”.

“His bus is relatively new, it was assembled from various kind of ‘tokumbo’ buses, infact this will be his first trip to Abuja with this bus. The driver however has vast experience, he once drove other smaller buses to Lagos and North-East and the passengers that traveled with him testified that the journey was successful except that the driver was too harsh and does not tolerate nonsense and indiscipline. There are also some ‘allegations’ against him that he favors passengers from his tribe and religion but that remains allegations since nobody provided substantive prove to back it”. He concluded.

“On the other hand, the younger driver is humble and very lenient to even thieves and murderers on the highway. He was quoted to have said he felt bad anytime someone among his passengers were beaten even if he stole somebody’s property.” He said.

“However, this will be his second trip to Abuja with the bus and his first trip came with so much complaints and allegations that he enjoys the company of thieves, some said he gave thieves the front seats close to him. Some of the passengers were killed by murderers on the highway also and that he broke so many promises he made before they embark on the journey. He told them that the air conditioning system of the bus if functioning and that they will breath fresh air as soon as they started the journey but that never happened.” He continued.

“He is also not as experienced as the older driver as (apart from his last trip) he was never a first choice to drive the bus. He was always a deputy driver that usually serve as a back-up”. He concluded.

I thanked him because by then, I was fully convinced as to which bus I will travel with. I have already made my choice.
Good bye till we meet in Abuja.

Mustapha Saddiq wrote from Batagarawa, Katsina State. Meet him on twitter via: @mustysaddiq

Time To Treat Your Business Plan Like A Road Trip