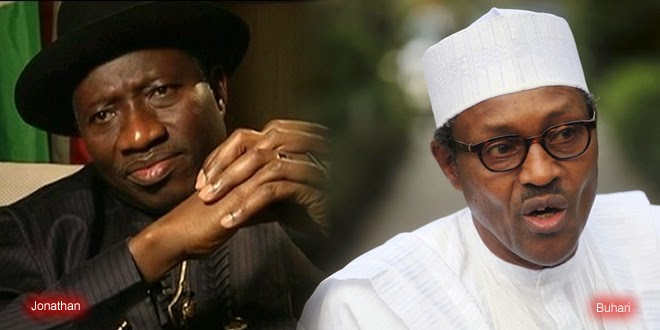 “Indeed, the unwholesome behaviour of name calling and heating up of the political space has become commonplace in the jamborees called campaigns. Faced with that, some Nigerians believe that they cannot support Buhari against Jonathan, because neither offers any policy to recognise the legitimate grievances of the common man“.

Regrettably, the presidential candidates of the APC and the PDP are engaged in a desperate fight for their political lives in an election now a few weeks away. The conversations have been shamefully and glaringly bereft of well articulated proposals and issues. So far, the political campaigns lack logic, research and, indeed, the core issues of governance and development. The individual candidate’s lack of content and salesmanship calls for worry. Above all, the tendentious statements and loathsome promises give a gleam prognosis of what Nigerians should expect in another four years!

Indeed, the national question is the single most important issue facing Nigeria after corruption. Yet, it is the one issue on which you cannot find a sliver of a difference between President Goodluck Jonathan and his opponent, Muhammadu Buhari, in selling themselves and their parties to the electorate.

Furthermore, the claim by the opposition to fight corruption from the tyranny of the PDP has not resonated in the campaign rhetoric of the APC. Whether that can only be guaranteed through legislative means or whether significant devolutionary or federal mechanisms are to be made to work in our country come May, 2015, should be subject of debate in this campaign.

So far, the campaigns issues are not broad based. The political parties electioneering template for mass mobilisation for the general elections has not been designed to reinforce the conviction that there is an urgent need for a manifest change as being promoted by the APC leadership on the one hand and that by PDP on the other to convince Nigeria for continuity in office for another four years. Nigerians seem to be in a difficult situation finding an alternative. Just a few days ago, Muhammadu Buhari, the APC presidential candidate, seemed unassailable on the issue of integrity, transparency and probity, riding continuously on the tide of Buhari-Idiagbon War Against Indiscipline (WAI) rhetoric. He sounded as the man who would win the war on corruption and the growing concerns over the widespread insecurity which appeared initially to hardly dent his popularity and image. However, the issue about his certificate, in absence of enlightenment, is troubling and should be cleared. Doing so will help to reinforce the moral leadership compass for the APC.

One other issue there are important differences is that Muhammadu Buhari has pledged to end the corruption of the President Goodluck Jonathan era, and re-establish discipline and the rule of law. He said that he would give the poor monthly stipend and the unemployed allowances and re-establish the primacy of financial accountability. This climate of triumphalism being canvassed by the main opposition, the All Progressives Congress (APC), has not reflected on their campaign proposals and their reputation as the party for change.

The dream for a new Nigeria is also suspect in the wake of the presidential campaign flag-off in Port- Harcourt with the lack of commitment to the real issues of nation – building.

Indeed, the unwholesome behaviour of name calling and heating up of the political space has become commonplace in the jamborees called campaigns. Faced with that, some Nigerians believe that they cannot support Buhari against Jonathan, because neither offers any policy to recognise the legitimate grievances of the common man.

The Peoples Democratic Party (PDP) has also not displayed any serious commitment in promoting its performance in the last 15 years that it has been at the centre. By extension, it has not been able to articulate the transformation agenda of the incumbent President particularly his achievements in the last five years in key sectors of the economy.  Strangely, the President and his party could not sell their own policies and programmes because of implicit lack of salesmanship skills in the face of pressure from the opposition and the media. Perhaps the PDP requires some skill seminar in marketing communication and strategy!

But the majority of Nigerians look forward to a change — for a new Nigeria. They seem set to throw their weight eventually behind Buhari on the grounds that although he might not take them nearer to a political Promised Land, to solutions and social – economic justice, getting rid of the profligate and treacherous PDP would at least remove one difficult stone block to Nigeria progress.

In this year’s presidential campaigns too many fundamental questions remain. Firstly, will the election be conducted fairly? There have been several reports that most eligible voters have had difficulties collecting their permanent voters cards (PVC). There is also the issue of insecurity in the Northeast axis and the possible disenfranchisement of those displaced as result of the Boko Haram insurgency.

Even the more important question in the minds of many Nigerians is what will happen if Muhammadu Buhari wins. If Jonathan loses, a whole house of cards, carefully constructed under his reign will come down. The stakes are enormously high. There is also the fear that there will be renewed agitations from the Niger Delta militia currently enjoying the late President Yar ‘Adua fragile amnesty in the foreseeable future.

Lastly, a political campaign which is a strategic gateway to the expression of vision and mission of securing the welfare of Nigerian citizens should be re-engineered and re-tooled through creative thinking by way of ideas and tangible programmes. It should be programmes that will improve the quality of life through affordable housing, in the areas of livelihood, education and human security. Therefore, there is an urgent need for a smooth democratic and peaceful solution which is the ballot box. Our votes should count, based on our individual convictions rather than parochial sentiments that have characterised the conversations for the 2015 general elections.

3 Rules for a Happier Life

Could This Invention Change Everything About Commuting?

Be Nice To Everyone. It’s Worth It