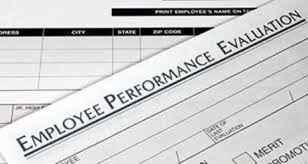 “Rather than telling employees what they should stop doing, focus on what you expect from them instead. “It could be that you expect a higher level of production, a faster response rate or higher levels of productivity from the entire team,” she says. Whatever it is you expect, verbalize this clearly and never let your own attitude toward the employee get in the way of professional communication.“

It’s not easy to talk about performance with employees. It can be awkward and downright tough to focus on someone’s weaknesses. But every leader has the opportunity and responsibility to be a catalyst for change within his or her organization, and that starts with knowing how to motivate and inspire employees.

Marnie Green, principal consultant at Management Education Group and author of Painless Performance Conversations, says that performance conversations should happen regularly, not annually. It takes practice to handle them well. “Managers fail at these conversation because part of it is [having the right] skills,” Green tells us. “There is a definitely a skill to it that can be learned.”

For managers, it’s important to have the right attitude before having these conversations. According to Green, there are four critical mindsets that every leader should embrace:

Don’t let emotions get in the way. Take a more methodical approach. Identify the problems you’d like to discuss and then explain how the employee’s behavior affects company culture and productivity.

Green says that rather than telling employees what they should stop doing, focus on what you expect from them instead. “It could be that you expect a higher level of production, a faster response rate or higher levels of productivity from the entire team,” she says. Whatever it is you expect, verbalize this clearly and never let your own attitude toward the employee get in the way of professional communication.

“When you have the conversation, you need to hold your judgment and focus on the performance issue instead,” Green says. “You can’t change an employee’s behavior unless it’s specific and something you observe. If you lead the conversation with ‘I don’t think you care,’ it won’t get you anywhere with the other person, because they’re immediately defensive.”

For example, instead of asking, “Are you overwhelmed? I know your work hasn’t been as good as before,” say, “I noticed your work has been different. Is this the case?”

Green also says it’s important to determine whether the issue you have with your employee is a pet peeve or something that actually affects the work environment.

The savviest leaders allow employees to come up with their own solutions. “The idea is that you have to create space for the employee,” Green says. You can do this by asking questions that will lead to a solution both of you can agree on.

Once you’ve both identified and discussed specific behaviors, ask your employees why they think they’re adopting these behaviors. For example, say, “Why do you think you haven’t been speaking up during team meetings?” or “What do you think has been different between last month compared to this month?”

Through these conversations, you want to help the employee feel a sense of ownership over his behavior and capacity to change. Putting the ball in his court gives him a greater sense of control and responsibility. That’s why asking questions—and getting feedback from an employee—is the smartest way to go. Managers can troubleshoot, but they don’t always have all the answers.

Rather, employees know themselves best and may come up with the most reasonable, innovative solution that benefits everyone. Managers, as catalysts for change, can help facilitate this by continually making expectations and goals clear and consistent and striking up these performance conversations regularly.

“Managing employee performance means you are leveraging your resources,” Green says. “If you coud do it all yourself, you would. But you can’t. It is critical to develop trust with your employees. Allow them to excel. As a manager, your employees’ success makes you look good.”

Nigeria; Destined To Be Ruled By The Corrupts?