5 Cliché Cover Letter Lines to Avoid at All Costs 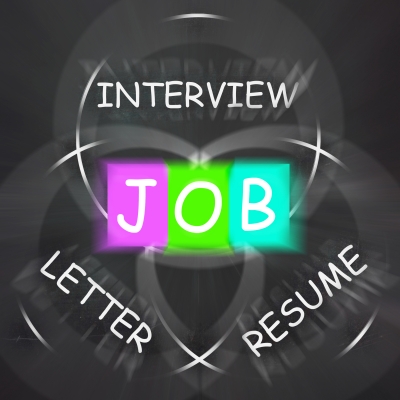 “Saying that you learn quickly isn’t going to knock anyone’s socks off. So, what should you write instead? Include a stat or story that shows what a fast learner you are. If you have a photographic memory or taught yourself to code, mention it. If your boss asked you to learn every major client’s name in one morning and you did it, share that anecdote. It will be much more memorable than “I’m a fast learner.”

Three years ago, job search expert Jenny Foss wrote one of my favorite articles on cover letters. It was called, “Bad Pick-Up Lines: They Don’t Work in Bars, They Don’t Won’t in Cover Letters.” (Yes, I remember it even three years later.)

Even after reading that article, it took me some time—longer than I’d like to admit—to step outside of the “I am writing to apply for [position]” lead-in, because it’s what I was comfortable with. But it’s 2015, and people are still writing form letters, which leads to the spread of terrible advice like, “No one reads cover letters anyway.”

It’s not that no one reads them. The hard truth is that if your letter looks like everyone else’s, the hiring manager will read it—and promptly forget it.

So, read on for the five of the most cliché lines to strike from your cover letter immediately. (Bonus points if you have yours open in a separate screen, highlight any offending lines, and promise to change them before you submit your next application.)

Years ago, when applications were sent through the mail and secretaries sorted through letter after letter, it was probably really important to dedicate your opening line to the job you were applying for. But nowadays, I’d guess you’re applying via some system that makes it clear what position you’re interested in—such as an online portal where you can check that box or in an email with the subject line: Application: [Name of Role]. In other words, the person reading your cover letter knows why you’re there.

Of course, I’m not suggesting you never mention the position. The very opposite is true: You shouldabsolutely mention the position, the company, and why you’re a fit for both. What I’m saying is that if you open your cover letter with the line above, you’ll have the same opener as several other candidates. Translation: You’ll have wasted your first impression as well as valuable space.

So, start your letter by grabbing the hiring manager’s attention (more on that here), and then leading into why you’re a fit for the particular role and organization.

Confession: Every time I’ve written this in a cover letter, it’s because I didn’t have the preferred number of years of experience. And, I’m pretty sure the person reading my application translated this line accordingly.

Saying that you learn quickly isn’t going to knock anyone’s socks off. So, what should you write instead? Include a stat or story that shows what a fast learner you are. If you have a photographic memory or taught yourself to code, mention it. If your boss asked you to learn every major client’s name in one morning and you did it, share that anecdote. It will be much more memorable than “I’m a fast learner.”

Let’s start with the irony of using a cliché to describe how creative you are. Seriously, though, if you are someone who thinks outside the box, why not do just that with your cover letter?

Your best bet here is to show—rather than write a sentence about—your inventiveness. Maybe you apply for your job in a creative way or provide an example of time when your ingenuity saved the day. Or, just prove it right off the bat by opening up your cover letter with a witty line that grabs people’s attention.

First things first, do you know every other applicant? Take it from someone who’s lost out to a person with a decade more experience in a given sector (twice): You can’t make this assertion.

Not only could there be someone who is in fact more qualified than you, but your prospective boss may also have additional considerations that you’re unaware of. Maybe you’re the person with a decade more experience, but the company is looking for someone greener because of budget constraints. Or perhaps you check all the right boxes—but the best person is actually in-house.

“Best” is a subjective term, so stick to statements you know to be true. This would include all of the lines about how well-matched your experience is and why you’re personally drawn to the organization. By the time someone finishes reading your cover letter, he or she should know that you’re the best person.

5. “This Is Exactly the Kind of Role I’m Looking For”

OK, this statement means well. You’re trying to show that you’re here for the right reasons, that you’re passionate about the company, that you’re invested in the role, and so forth.

But it doesn’t have the impact you’re going for. First, it can come off a little self-indulgent (i.e., that you’re more focused on what the company can do for you than on what you can do for the company). Second, it’s redundant. If you’re applying for a job, let’s hope it’s what you’re looking for!

Instead, shift your focus to discussing why you’re the candidate the company is looking for. (More on that here).
Your cover letter is a chance to show why you’re uniquely qualified for an open position. So, don’t bury your potential in cliché cover lines—use the tips above to stand out from the pack.

Sara McCord’s column “Impress Me” explains how to make a better professional impression step-by-step. Her career advice has been published on Forbes, Mashable, Newsweek, TIME, Inc., and Business Insider. A Staff Writer/Editor for The Daily Muse, Sara has experience managing programs, building strategic partnerships, advising executive directors, and supporting a national network of volunteers. Follow her on Twitter @grabalatte

How the Art of “Unselling” Can Help You Increase Sales

What Is Thought Leadership? 5 Steps To Get It Right