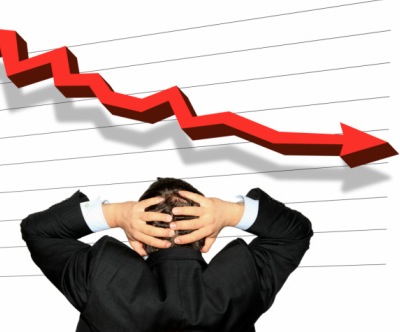 No one likes to admit they’ve failed. In business and in life, people are rewarded and praised for success.

But this eventually creates a culture where we don’t learn from failure, and could end up repeating mistakes.

After years of research, in which he found that businesses accepting of mistakes have better employee and financial performance, Bradley University management professor Laurence Weinzimmer was inspired to write a different kind of business book.

“We bought the 25 top leadership books on the market and read them all. They all basically said the same thing. It’s that you need to emulate great leaders and if you do, you’ll be successful yourself,” Weinzimmer says. “They want you to believe the sky is always blue and the road is always smooth, but the sky is not always blue and the road is not always smooth. What we found with most of our interviews was that most leaders told us the most important lessons came from their toughest challenges, not from imitating somebody else’s success.”

In The Wisdom Of Failure, Weinzimmer shares six of the most enduring lessons to be learned from failure, without having to go through it yourself:

1. Know when to quit. After significant financial, emotional or psychological investment in something, business owners can have a hard time admitting defeat. News Corp. spent $580 million on MySpace in 2006 and poured investment into it for years and years as it bled market share to Facebook. It was eventually sold for $34 million.

When you’ve poured time, energy and money into something, it’s hard to write it off as a loss. But if you can’t, you may end up losing more.

2. Say no to a quick buck. LA Gear grew from $11 million to $820 million in sales in just four years, but chasing three high-dollar opportunities killed the company. It sold excess product at deep discounts, which diminished the brand; invested heavily outside of its core competency in basketball shoes, and offered low-end shoes at Walmart. The company couldn’t say no to chasing more money and paid the price.

Rapid expansion, creating a new product line or moving beyond a core business seem at first glance like a way to grow quickly. Often, you end up losing focus instead.

3. Don’t be defined by other businesses. Coke was lured into one of the greatest business mistakes of all time by Pepsi. “Project Kansas,” which became New Coke, was sparked by the Pepsi Challenge. Panicked by the idea of seeming obsolete, Coke played by Pepsi’s rules, was blinded by flawed taste tests and changed its formula.

If you spend too much time concentrating on what others do, it’s easy to fall into a trap.

4. Don’t try to be everything at once. Kmart was the first truly national discount chain and had a great deal of success. Then it started to attempt to appeal to a wealthier clientele as well. In the 2000s, Walmart focused intently on price, and Target focused on differentiation, appealing to a more fashion conscious consumer. Kmart attempted to do both, but did neither as well. The company’s brand was diluted, customers were confused and it lost market share at both ends, declaring bankruptcy in 2002.

Straddling two businesses at the same time is a sure way to lose focus and lose customers.

5. Learn to delegate. Jill Barad made her way up to becoming the first female CEO of Mattell due to an intense, obsessive focus on detail, which was great as a product manager. However, when she continued doing the same thing and refused to delegate at the top, it was seen as intrusive and made every worker less productive. She was eventually forced out in 2000.

As a business grows, those who own it have to change as well. Despite getting used to doing everything on their own, leaders have to learn how to delegate.

Why the North’s dependence on oil revenue is festering terrorism

5 Mistakes You Can’t Afford To Make