5 Skills You Must Develop to Succeed in Business 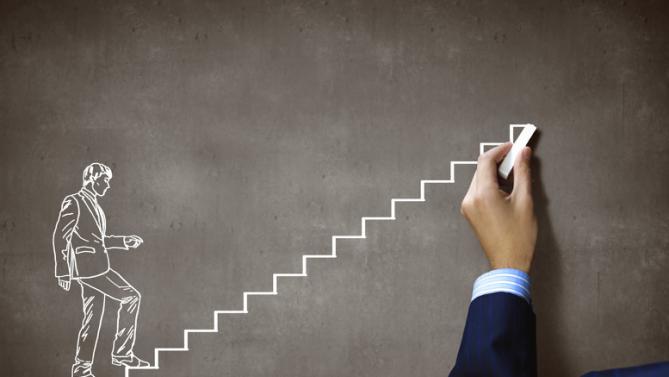 “In a very real sense, we are becoming virtual images of our real-world selves. That would be fine if those personas replicated the real us. Instead, they’re carefully constructed avatars that reflect social norms, popular themes, and wishful thinking. The information we share is filtered. More and more we behave like sound bites personified—virtual actors portraying cardboard characters in a two-dimensional digital world“.

The business world is changing, and that means we need to adapt. But we don’t just want to react to a changing world; we want to shape it and be out in front, leading the pack. Here are five competencies you’ll need to develop if you want to adapt, thrive, and distinguish yourself in this new world.

When you question assumptions, claims, and viewpoints instead of just accepting them as gospel, as in “A Harvard professor said it online, so it must be true,” that’s called critical thinking. It’s fundamental to smart decision making. And that, in turn, is key to being successful at just about anything.

Lately, however, it seems that people have forgotten how to think logically. As continuously bombarded as we are with content and sound bites, our ability to question what’s real and what isn’t, to reason logically and not generalize from a single data point, to understand causal relationships, is more critical today than ever before.

So question everything, especially common doctrine. Listen to those who challenge your own and popularly held beliefs. Resist the pressure to view things in black and white or “us vs. them” terms. Learn to see the world in shades of gray and from different angles, viewpoints, and perspectives.

We passed the point of information and communication overload long ago. Even highly focused overachievers who should know better sit down to work only to find that, a few tweets, texts, and emails later, half the day is gone and all the work remains. 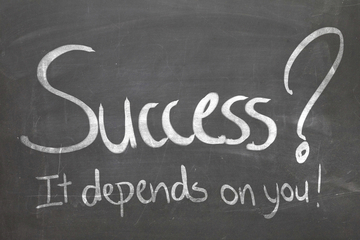 Focus and discipline have always been critical to success in just about any field, but these days, managing distraction has become harder for even the most disciplined among us. And that’s not likely to change any time soon.

In a very real sense, we are becoming virtual images of our real-world selves. That would be fine if those personas replicated the real us. Instead, they’re carefully constructed avatars that reflect social norms, popular themes, and wishful thinking. The information we share is filtered. More and more we behave like sound bites personified—virtual actors portraying cardboard characters in a two-dimensional digital world.

But successful businesses are built on real communication and real relationships. Running a business is about motivating investors to provide capital, customers to buy products, and employees to work their tails off for you. Every business transaction ultimately has a human being at both ends.

In a world of indistinguishable online lemmings, those who strive to remain unique individuals will have a big advantage. Instead of hiding behind your social media avatar and personal brand, have the courage to be your genuine self. Forget your social network and build relationships in the real world. Listen to what people have to say and trust your instincts. That’s the only way to genuinely relate, make connections, and understand people. Be human.

The idea that successful business leaders are typically driven by high ideals and lofty aspirations is a myth. None of the highly accomplished executives I’ve known got where they are by walking around with their heads in the clouds. They got there by putting one foot in front of the other and getting the job done.

Successful entrepreneurs have the ability to focus and motivate people to work together toward a common goal. They have a strong sense of personal responsibility, accountability, and work ethic. They’re born troubleshooters and problem solvers. And adversity, obstacles, and risks don’t deter them—on the contrary, they energize them.

They also know what their goals and priorities are—they know what they want to get done, and that’s exactly what they do. They deliver the goods, get the job done, and satisfy the needs of their stakeholders, no matter what.

Recently a reader scoffed at one of my columns on what it really takes for startups to be successful. He said ideas are all you need. The problem, of course, is that everyone has ideas. What we really need are people of action who are driven to make things happen and get the job done. That’s a competency that will be in greater demand as time goes on.

Ecommerce and the rise of the global economy have opened the business world’s competitive floodgates. New competitors are arising on every front as technology lowers the barriers to entry and more and more companies cross over into each other’s lanes. Meanwhile, we’re de-emphasizing competitive spirit and individual achievement in our schools. As we level the playing field, the motivation to compete and win is being bred out of society. We’re beginning to see competition as a bad thing.

That’s creating an interesting dichotomy, a competition gap, if you will. Clearly, the situation presents both challenge and opportunity. On the one hand, the competition is brutal. It’s rough out there. On the other hand, if you’re highly driven to compete and win, you’ve got a leg up on most of the young people entering the workforce. And that gap is only going to widen over time.

Markets are essentially zero-sum games, meaning market share is somewhat constrained. And while markets are elastic—they grow over time—at a macro level, at a micro level, every business transaction generally has one winner and multiple losers. Only one business wins the contract. Just one company is selected to provide the necessary service. In a very real sense, you’re always competing in the real world.

But that doesn’t mean it’s a bad thing.

One product, company, or candidate beating out another on their merits is an honorable thing. It’s no disgrace to lose, either. That’s how we learn to improve and do better next time. Competition is how new technologies replace old ones, how startup companies become corporate giants, and how good performers become great ones.

The point is, many if not most great companies are founded and led by fierce competitors. Google aggressively pursued Apple into the smartphone business. Uber’s Travis Kalanick takes a lot of heat for his competitiveness, but in just five years, he’s built a company that’s now valued at $41 billion. .

Competitive spirit, the relentless drive to win, is a critical success factor that will only increase in value as the competition gap grows. You can learn to adapt and develop these abilities through experience. And that, in turn, will give you a long-term competitive advantage in a changing world.

7 Steps to an Inspiring and Memorable Speech

How To Write an “About Me” Page That Gets You Hired

The Three Decisions CEOs Need To Own