6 Things to Do During Your First Week of Work 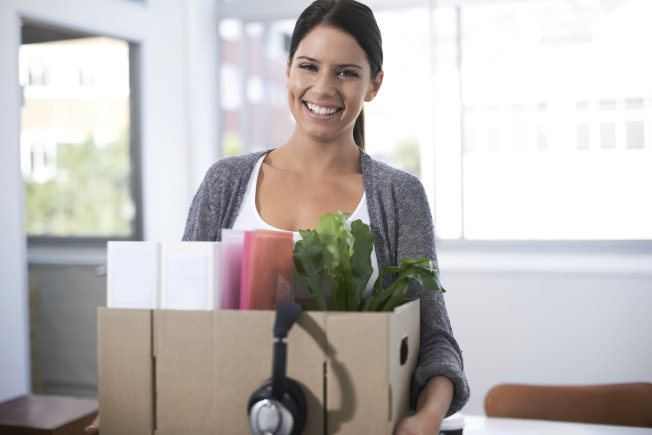 “While you likely want to prove yourself right away, first focus on becoming a student of the company. “Instead of barreling in, ​guns-a​-blazing, trying to make an impact, sit back and carefully observe the way things are done, and mentally record what is accepted protocol in different situations.“

Think of the things you do (or don’t do) during your first week as gold nuggets – small, but valuable. You won’t get a chance to prove yourself by, say, landing a major client on your first day, but your seemingly tiny actions will make huge impressions on your new team. That’s so nice she remembered my name. I can’t believe she already learned our ______ process. Or: Why is she leaving before 5?

Like it or not, you’re being sized up from Day 1. After all, you’re not only going to be another name on an org chart; you may sit 10 feet away from your new co-workers for 40 hours a week over the next few years. Show them you’re the real deal: quick on the uptake, eager to contribute and a pleasant person to run into in the break room. Here’s how to make a positive first impression during your first week:

1. Dress the part. Here’s the first reaction you want from your new co-workers: “Awesome! Jaime’s starting today. Not: “Why is he wearing jeans?” or “ohmygosh, that miniskirt!”

If you had an in-person interview, think about what your interviewers were wearing, and take their lead. When in doubt, err on the dressier side for that first day, suggests Alexandra Levit, author of “New Job, New You: A Guide to Reinventing Yourself in a Bright New Career.”

2. Be friendly. ​Smile. Introduce yourself to the people you come across in the ​hallway. Chitchat with your new team members. Give a ​”firm but not aggressive, break-somebody’s-hand-off handshake,” Levit says.

Listen. Try hard to remember folks’ names, what they do and whatever else they tell you, Levit says. If that sounds like a lot, take notes. These new co-workers may not expect you to remember all this, but won’t that make an impression when you do?

And don’t be stingy with the niceties. One tell of a new employee – particularly in a leadership position – is how he or she treats the support staff, says Michael Watkins, author of “The First 90 Days” and co-founder of Genesis Advisers, an onboarding and transition ​acceleration consultancy. Are you friendly​ to the receptionist or mostly ignoring him? Are you patient and pleasant with the tech guy setting up your computer, or are you nagging him about how much longer the process it will take?

“Those early impressions stick,” Watkins says. “Once someone’s impressions [of you] start to form, they’re going to see you through that lens, and it’s very difficult to change.”

While you should be friendly those first few weeks (and hopefully always), you shouldn’t necessarily be forming besties yet. To avoid “building allegiances too early,” Levit advises you “get to know a little about a lot of people instead of the other way around, where you latch onto a few people and spend all your time with them.”

3. Meet with superstars. As you make the rounds with your “howyadoins,” don’t forget to introduce yourself to decision-makers and high achievers. Now is the logical time to say hello to that self-made senior vice president, for example, rather than after you spend a year passing each other in the hallway. As Levit puts it: “There’s no less awkward time than when you first start.”

4. Observe and learn. While you likely want to prove yourself right away, first focus on becoming a student of the company. “Instead of barreling in, ​guns-a​-blazing, trying to make an impact, sit back and carefully observe the way things are done, and mentally record what is accepted protocol in different situations,” Levit says. “The last thing anyone wants to hear is, ‘Well, at my old company, we did it this way.'”

Similarly, Watkins suggests “taking a learning posture” by asking yourself and others loads of questions. He suggests considering the following: ​”How do you operate effectively in this environment? Who are the key people I need to be connecting with? What is the culture and what are the operating norms?”

You could likely piece together some of these answers by observing – it looks like I need to master this operating system ASAP – and others you’ll need to find out from your boss. If she doesn’t set up a meeting, take the initiative to sit down with your manager to discuss expectations, early priorities and goals, preferred communication style and evaluation methods.

5. Assimilate. As you observe your team’s behaviors and processes, try to emulate them. For example, note what time your team members tend to leave for the day, and aim for the midpoint. “You don’t want to be the first one out the door, but you also don’t want to be the person who gets into the habit of answering emails at midnight,” Levit says.

Other attempts to assimilate may require more thought. Watkins gives the following example: If you observe (and are told) that you’re joining a collaborative work environment, how do you signal that you, too, are cooperative? ​Focus on your “symbolic actions” and how others perceive them, Watkins says. “Not being viewed as a team player in a collegial culture is a death sentence very, very early.”

6. Help out. Don’t stress about that death sentence just yet. Show you’re enthusiastic and happy to collaborate by offering your help to others. Levit points out that many managers tend to give too little work to their new hires,​ so don’t be shy about asking your boss where you can jump in and help on a project. Or, if your manager gives you the OK, assist team members or even senior managers with whatever is on their to-do list.

If you spend the first week showing your new manager and team that you care enough to get to know them, learn processes, adjust to the office culture and help out, you’re off to a good start. So relax. After all, they liked you enough to hire you. “You’ve already sold them on yourself,” Levit says. “Now you just have to avoid screwing up.”

Finally! A Gadget That Makes Sure Your Mobile Phone Never Runs Out Of Battery