7 Surprising Ways To Boost Your Memory 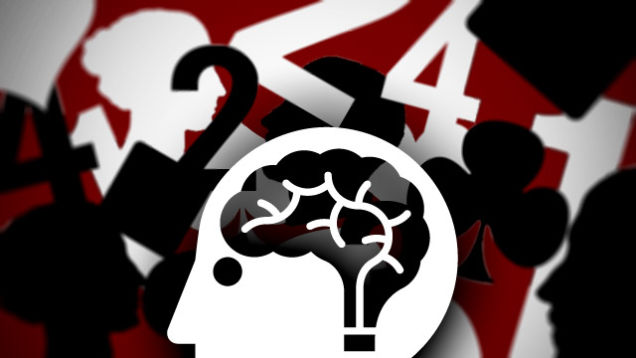 “Your mom was doing you a favor when she corrected your posture; the way you sit and stand can affect memories. Researchers at San Francisco State University discovered that standing or sitting up straight and tilting your chin upwards makes it easier to recall memories, because it boosts blood and oxygen flow to the brain by up to 40%. Hunched-over downcast posture, however, made it easier to only recall negative memories“.

Memory is a tricky thing. Why is it hard to recall what you had for lunch yesterday, yet singing the theme song from Gilligan’s Island presents no problem? The reason some things stick and others are forgotten has to do with the brain’s method of assigning importance to information and properly encoding it. But things can get in the way.

As we age, we become more forgetful, and by 45 the average person has a measurable drop in memory ability. Research has also found that it’s while we sleep that memories are consolidated and protected. If you’re running on just a few hours of sleep a night, you’re going to be more forgetful.

While getting more rest is one way to retain information, here are seven more surprising things you can do to boost your memory:

Your mom was doing you a favor when she corrected your posture; the way you sit and stand can affect memories. Researchers at San Francisco State University discovered that standing or sitting up straight and tilting your chin upwards makes it easier to recall memories, because it boosts blood and oxygen flow to the brain by up to 40%. Hunched-over downcast posture, however, made it easier to only recall negative memories.

Good posture during walking can also affect your memory. In a study at Witten Herdecke University in Germany, researchers found that patients with a happy walking gait could recall positive memories, while those who walked with slouched shoulders recalled the negative.

Eyewitnesses to crimes can more accurately remember details when they close their eyes, according to a recent study at the University of Surrey. Participants could recall both audio and visual details when they were asked to answer questions with their eyes shut.

Eye closure helps because it removes distraction, lead researcher Robert Nash told BBC News. “Closing your eyes might also help people visualize the details of the event they are trying to remember, but keeping your eyes shut can help focus on audio information, too,” he says.

If you’ve ever left a room to get something and then forgotten what it is you wanted, you experienced the “doorway effect.” A study at the University of Notre Damerevealed a phenomenon in which simply walking through a door causes a person to forget.

Researchers believe memories that have a shorter “shelf life” are purged when presented with new thoughts. Walking through a doorway serves as a catalyst for compartmentalizing a thought and ridding the brain of it when you’re no longer in the same environment. This explains why you will often remember what it was when you return to the room where you had the thought.

4. USE AN UNUSUAL FONT

Reading material in a new font can help you remember it. Psychologists from Princeton University and Indiana University tested students using study materials in two different typefaces: one traditional, such as Arial, and another more unusual choice, such as Monotype Corsiva. Students who had the unfamiliar fonts scored significantly higher on tests.

Laughing for 20 minutes can boost memory. Researchers at Loma Linda Universitytested two groups of adults, showing one group a 20-minute funny video while the other group waited quietly. Afterwards, participants were given memory tests and those who had laughed scored better.

If you’re going into a long meeting or seminar, you might want to pack some gum.Researchers from Cardiff University in Wales found that the act of chewing gum improves concentration and memory.

In an experiment with two groups—gum chewers and non-gum chewers—participants who didn’t chew gum performed slightly better at the beginning of the task but had declined by the end. “This suggests that chewing gum helps us focus on tasks that require continuous monitoring over a longer amount of time,” said Kate Morgan, author of the study.

Instead of taking down details on a computer, go “old school” and use pen and paper instead. Researchers at Princeton University and UCLA found that when students took notes by hand instead of on a laptop, they listened more actively. The act of writing things down helped them identify the important concepts and forced them to organize the material in their mind before writing it down.

7 Apps to Organize Your Meetings

Will Hiring That Star Talent Benefit Your Company?

Nigeria: Our Nation or their Property?