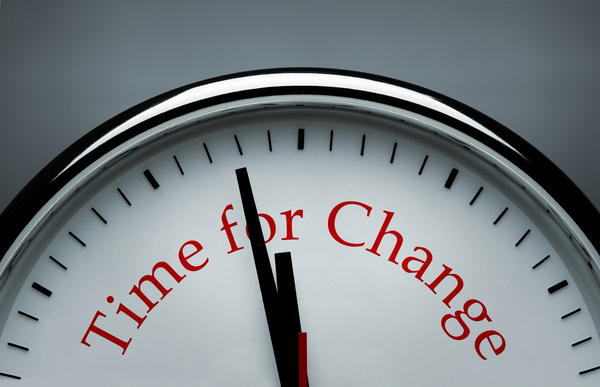 “So many people know they hate or have outgrown their jobs, but they don’t have much awareness beyond that. You’ve got to get clear on the why before you just start steamrolling toward something new. Otherwise, you could end up in a different spot, but one that you still ultimately hate—and what’s the point of that effort?“

More than a decade ago, I made a career pivot from corporate communications director to almost-all-commission recruiter. I took uncalculated risks and managed just about every aspect of the transition in a haphazard manner. Fortunately, I got lucky. It all worked out.

But looking back, I can’t help but think to myself, “Dude. That was reckless.”

This, after all, was my livelihood. This was my life.

If you’re considering a career pivot, I’m going to appeal to you to do things differently. Much differently.

I’m going to appeal to you to follow these key steps:

1. Start With the Why

So many people know they hate or have outgrown their jobs, but they don’t have much awareness beyond that. You’ve got to get clear on the why before you just start steamrolling toward something new. Otherwise, you could end up in a different spot, but one that you still ultimately hate—and what’s the point of that effort?

Think about these questions: Why do I want this? Why do I think this new career will make my life better? What might the downsides or risks be?

Sometimes, in going through the exercise, you realize that things actually might not be as rosy as you’d fantasized about at all. And sometimes? The path will become even more appealing and make even better sense.

2. Get Clear on the What

Also, a very important question to consider: Do I have any career capital in this? In other words, are you going to be able to leverage your skills, your contacts, and your professional brand to make a successful transition?

So many people drink the “follow your passion and everything will fall into place” Kool-Aid. But scientific research—done by a computer scientist named Cal Newport—shows that those who “follow their passions” statistically have a lower probability of finding long-term career fulfillment than those who leverage existing career capital when making a shift. Newport suggests—and I firmly agree—that you’re much better off pivoting into roles that leverage the career capital you’ve already built up over the years and drawing upon these areas of expertise in new and creative ways.

3. Figure Out the What’s it Gonna Take

Are you lacking certain skills that you need to be an attractive candidate for this new type of role? Do you need certifications? Classes? Licenses?

Sometimes, even if you do, it’s entirely within reach. It could be a simple matter of taking an online course and gaining some baseline proficiency so that you can say confidently, “Yes, I know Excel” or “Yes, I can work in QuickBooks.”

But sometimes, you need more extensive education or licensure. You need to sleuth this out and make decisions on whether you’re willing to make the front-end investment this pivot requires or not.

You also want to outline the additional resources you’ll need in order to pull this off and tradeoffs it may require. Will you need child care support? Will this effort take time away from other relationships or activities in your life? Can you get your family on board?

Assuming you feel “all systems go,” after this, you now need to build a plan.

Begin with the end in mind with your action plan. What’s your primary goal and ideal timeline?

Assign yourself daily or weekly tasks so that you know what, exactly, you’ll be doing when you sit down in front of your computer in the name of “career pivot.” You don’t want to freewheel this.

As you complete these tasks, you’ll also likely notice how small steps tend to have a snowball effect and give you both momentum and confidence that this is, in fact, a very real possibility.

A simple Excel spreadsheet will do you wonders. If you’re not an Excel person, use the tool that makes the most sense to you so you don’t abandon ship on it.

You will need to shift your professional brand so that you make sense to your new target audience. Simple rule: The easier you make it for them to “get” you, the better the odds that they’ll want to know more.

Nobody’s going to deduce how or why you “may” make sense for any particular role or career path. Forget about it. Instead, you have to make it “smack in the forehead obvious” on your resume, your LinkedIn profile, your cover letter—why you make perfect sense for the roles you’re applying for.

Your competitors, at least some of them, are going to look great on paper, because they’ve been in that industry or worked in similar roles for several years. So how are you going to brand yourself in a way that not only makes you seem logical, but maybe positions you as a clear standout?

Here’s an example. I once worked with a CIA agent who wanted to become a geologist. So he went back to school to earn a geology degree. He was at the top of his class and had everything going for him. However, as he neared graduation and started applying for positions, nothing happened. His classmates, on the other hand, most of whom had no prior professional experience, were getting calls for the very positions he wanted.

I took one look at the way he was presenting himself on paper and realized what was going wrong: He was a CIA guy on paper. I’m certain that the decision makers for these geology positions were confused: They couldn’t quickly see that he was a terrific geologist. They really couldn’t easily see that he was a geologist, period.

I asked him how that CIA experience might be advantageous to his future role as a geologist. He replied: “I have been in intense field settings. I’ve had to navigate and overcome the most extreme environments, in the most remote locations. You can literally drop me anywhere and I’ll not only be OK; I’ll succeed.”

There was his hook. And that’s exactly how we shifted his professional brand.

Get your people on board, especially the ones you know will always have your back. Yes, you might need to be a bit covert about your intentions if you’re still employed elsewhere, but this is no time to operate completely under the radar. Pick your most trusted contacts and enlist their help.

And when you do, be specific. Telling people, “Hey, I’m thinking about becoming a grant writer” is fine and well, but it doesn’t really spell out what you need, or how—specifically—they can help the most.

8. Get in Cahoots With the Right People

You absolutely must get to know passionate and successful people working within that new field of interest. Don’t stress about this. People are more generous with their time and input than you think, especially when you show interest in them and acknowledge or validate something they’re doing professionally.

Always remember that no one wants to be ambushed. The best way to approach is by paying a compliment or noting something that they’re doing that seems interesting or impressive. After you build a bit of rapport, then you can ask for a favor or a bit of their time. And without a doubt, thank everyone who gives you input and advice along the way. Better yet, implement their input. This is the best thank you that you can give.

The reason so many people stop short of ever making career pivots is because they’re scared. Terrified.

So what is the secret of those who make it to the other side?

In many cases it’s quite simple: They took one small, deliberate, and brave step toward the goal every single day, even when it was inconvenient. Even when it was terrifying.

They weighed things out and decided to take a full-on run at it. Now it’s your turn.

Does Your Culture Promote Or Prevent Inventive Thinking?