A Generation Of ‘Whatever’ (2) 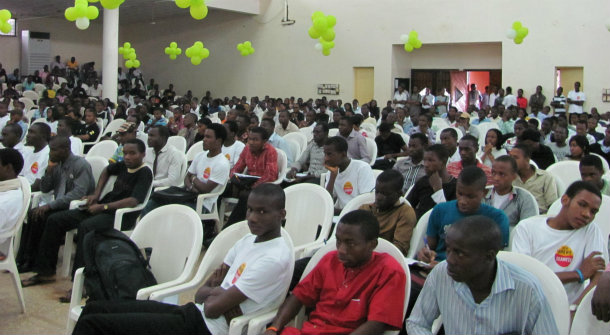 WE are the government of tomorrow, the future leaders, the ones the babies being born today would look up to, at least, as far as we know it, regardless of the “sit tight” policy syndrome of our politicians and leaders eclipsing any attempt of a younger generation to have a little responsibility. If only we can take some time to rethink and be empowered through knowledge, seeking information, the cure to that syndrome would be imminent.

In addition, let us pick up related books and follow the news trend not just about our favorite idols but also about the happenings in the country and beyond. A Vice-Chancellor recently argued that the influx of youths into the entertainment industry is counterproductive. One may not agree completely with that but the don definitely has a point. We are all distracted by the uncontrollable urge of hitting it very quickly, making money as fast as possible without the effort it requires. Robert Greene in his book “48 laws of power” points out a certain rule that says, “Despise the free lunch”. My beloved father would always add when we are engaged in an exciting discussion, “nothing in this world is for free, not even a gift”. It is only appropriate that one labours before starting to reap. The good book also affirms this. Well, we could call today’s pernicious lifestyle modernisation when we thoughtlessly follow the West. In reality, there are obviously tremendous differences in our cultures and societal platforms.

Take, for example, the new culture of reality shows staged by celebrities. This should be made to accord with the taste of the Nigerian audience. Even matters of love and relationship are not left out in this context as marriages are now plagued by a high rate of divorce which was hardly heard of among the older generation. Religion which Karl Marx described as the opium of the masses is now mired in controversies, serving as a basis for insurgence, further exasperating the already beleaguered state of security of the nation. At this point, it is important to reiterate the fact that I am not against advancing and moving forward like other foreign countries; far from it. Personally, I am an ardent supporter of reasonable innovative ideas that emanate from different sectors. I believe, for instance, that if our pastors and Imams can do it right, our politicians might follow suit.

It is high time we the youths began to refrain from acts of negligence and stop using words like “whatever” as a cover when it comes to making intelligent contributions to those salient issues like politics and economy. Our negligence is not without its disadvantages which would greatly be felt by coming generations. This past century has been known for huge contributions from the invention of airplanes to revolutions in Africa and Asia. In Nigeria soon after Independence came the oil boom with all its woes. Yet it was a step forward in terms of development. Along the line, however, the helm of affairs soon fell into wrong hands. There were 11 coups and attempted coups (five successful, two abortive, one attempted and three alleged) plus a civil war. We were finally to have a taste once more of democracy, 1979-1983. All these have culminated in what the state of the nation is as of today. Thus, let it be our generation that would be remembered for taking another bold step towards advancement. Let it be our generation that would be remembered for having the largest congress of intellectuals on nation building and not for holding the record of the highest number of tweets from a single country in one day. That is preposterous whichever way you look at it. If we do not pay that much needed attention to our ailing dear nation, we can still expect a change but surely it would not be positive. What would become of future generations after ours? What would our generation be known for? What would be said of us by the coming generations long after we’re gone? Hey pal, lean forward and be interested.

•Laluwoye is a student and political analyst  from Ibadan.

4 Ways To Start A Business In Hours

“Who declared this War against Nigeria” We or They?

9 Job Mistakes That Could Stall Your Entire Career