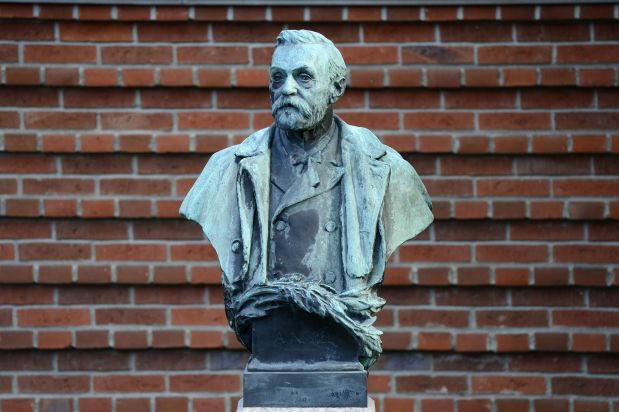 “The criticisms which trailed the prize at last year’s award further heightened this year, raising much doubt about the true intentions of the Nobel Committee. For some observers, the Committee has become even more political whereby its recent awards tilts towards groups or individuals who are rather not known for peace initiatives. Therefore, by the time the Organisation for the Prohibition of Chemical Weapons (OPCW) was eventually picked as the 2013 winner of the Nobel Peace Prize, not a few were receptive to it.”

UNTIL recently when the Nobel Committee swiftly presented the 2009 award to President Barack Obama who had just occupied the oval office, promising to effect a change in the hawkish, hegemonic and aggressive nature of American foreign policy which the George Bush years exemplified, the Nobel Peace Prize was usually not known for criticisms. Three years after the 2009 award had received mixed reactions from observers, the Nobel Committee in another shocking decision went ahead to award the 2012 prize to the European Union (EU). Amidst widespread criticisms, the Committee was quick to defend their decision to award the prize to the EU because of the latter’s “contribution to the advancement of peace and reconciliation, democracy and human rights in Europe” for over six decades even though a year after, many of its member states had occupied Muammar Gadhafi’s Libya with military force.

The reason for the barrage of criticisms in the last three years is primed first on the fact that Obama was just less than eight months in office and not known to have achieved or taken any particular action for peace hence, the argument that he did not deserve to earn the award and second, it is argued that the Committee lately was going out of line with the spirit of the prize founded by Alfred Nobel, the Swedish industrialist and inventor of the dynamite, who in his 1895 will had instructed that the prize should go to one of three causes: Fraternity between nations, the abolition or reduction of standing armies, and the formation and spreading of peace congresses. With such instruction, especially that which Alfred Nobel had noted should go to “champions of peace”, one wonders if Mr Obama or the EU were certainly peace champions for both to have earned the most prestigious award in the world, if current realities in Iran, North-Korea and Syria are anything to go by.

Fast forward to 2013, especially at a time when series of shocking and interesting events had occurred globally in the last one year, it was thought this year’s prize will be awarded to true efforts by individuals, groups of people or organisation that had pursued genuine peace under threatening or harsh circumstances. The pursuit of peace in a world like ours today is fundamental to a new world order where every country is respected for its advancement in technology, allowed to develop at its own pace without hindrance and given equal rights and justice as enshrined in the Charter of the United Nations (UN). The pursuit of peace is unconventionally defined by the brave action of a very few who in dire situations and circumstances take both calculated and uncalculated risks to ensure a better world for others. In their bid to pursue peace, they tend to expose injustice, fight oppression, promote a safer environment for all and sue for a better world for the vast majority who do not have a voice. They ignore whatever bodily harm or personal injury they may likely incur in their pursuit of a humane and egalitarian world. It was therefore, a surprise when this year’s Nobel Prize for Peace didn’t go the way many had thought it would.

The criticisms which trailed the prize at last year’s award further heightened this year, raising much doubt about the true intentions of the Nobel Committee. For some observers, the Committee has become even more political whereby its recent awards tilts towards groups or individuals who are rather not known for peace initiatives. Therefore, by the time the Organisation for the Prohibition of Chemical Weapons (OPCW) was eventually picked as the 2013 winner of the Nobel Peace Prize, not a few were receptive to it.

The OPCW was launched in 1997 as the implementing body of the Chemical Weapons Convention, an arms-control treaty. Its website notes that it is an autonomous organisation which seeks “to achieve a world free from chemical weapons…thereby strengthening international security”. The question on the mind of many, however, is why the OPCW was chosen especially at a time its significance or importance has not been felt in the last 10 to 15 years until its emergence in Syria this year through a U.S-Russia brokered agreement to remove all chemical weapons in that country. The answer to this is not far-fetched, the Nobel Committee albeit eager to rebuff criticisms that it was giving an explicit support to an organisation that has not proved itself enough as a peace-maker in the Syrian crisis, observed that the OPCW had emerged as a candidate in April, before being drawn into the Syrian crisis and therefore, not as a consequence of recent use of chemical weapons in the country. Committee Chairman, Thorbjorn Jagland further noted that the Netherlands-based organisation was recognised for its efforts to eliminate chemical weapons and for its potential role as an instrument for solving the Syrian crisis.

There is no doubt that the OPCW has been at the forefront of fighting for a chemical weapons free world, having conducted thousands of inspections in dozens of countries, compiling an inventory of declared chemical weapons and verifying which stockpiles have been destroyed, yet the OPCW has always been seen as a Western controlled organisation, enmeshed in its hegemonic politics and appears as one which only dances to the tunes of its pay masters. At a time when chemical weapons are still sparingly used in the Middle East, especially when a crisis erupts between Israel and few of its aggressive neighbours or still remains in large quantities in the arsenals of the U.S and Russia who surprisingly had committed itself to destroying them by 2012 but have as yet failed to do so, it makes nonsense of whatever guided intentions the OPCW tends to pursue against the ownership and use of such deadly weapons.

In as much as observers acknowledge the right of the Nobel Committee to nominate and grant the award to persons or institutions whom they deem is worthy, it is imperative the Committee ensures the brand of politics played, which eventually tilts the awards to some vested interests is strictly looked into. Norman Solomon of the Huffington Post did not mince words when he criticised the politicians on the Committee of largely ignoring “the originalpurpose of the prize”. He remarked that the Committee falls short of being independent because of its entanglement in Norwegianpolitics. He stated, “The global prestige of the Nobel Peace Prize has obscured the reality that its selection committee is chosen by leaders of Norway’s main political parties – and, as a member of NATO, Norway is deeply entangled in the military alliance”. From Norman’s critique, should one then categorically say this year’s award was politically motivated? It is only the Nobel Committee and those who nominated the OPCW that could readily give answers to such pressing question.

The Committee, however, was thoughtful to have made a startling pick in Malala Yousafzai, the 16-year-old Pakistani education activist who was shot by the Taliban a year ago. Many had anticipated she was going to win the award for her bravery in confronting societal forces in her home country and especially when European lawmakers awarded her the Sakharov Prize which serves as their top human-rights award a day leading to the Nobel award. She, however, did not make it even though she had claimed she still needed to work hard for so long before she could get to win such an award.