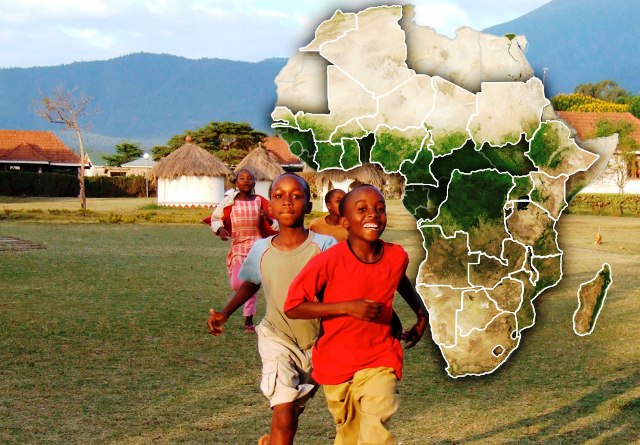 “Taking the abundant natural riches of the aforementioned countries into consideration, the continent of Africa and its people have no grounds to be poor. But the scary reality is a people ravaged by staggering poverty, unemployment statistics, maternal and infant mortality, corroded infrastructure, high illiteracy level, poor health services, insecurity, the list is never-ending.“

OF the continents that form the world, Africa is the luckiest and most richly blessed in the area of bounteous natural resources. These got her into trouble with the white colonialists: The Portuguese, the French Huguenots, the Dutch, the British, among others, who came down with brute force and technological wizardry to exploit away these resources for economic development of their home countries.  In the face of aggressive raid on African potential wealth spinners for many years, the resources prove too abundant to be totally exploited. Decades after the horrors of colonialism, Africa still boasts of a large quantity of mineral deposits, such as oil, gas, copper, diamonds, gold, uranium ore, without which the world economy will melt down. Notwithstanding, these essential gifts of nature buried in the ground and in the ocean, Africa direly stinks with pervasive poverty like a decomposing mammal.

Nigeria, South Africa, Angola, Equatorial Guinea as well as many other black countries contribute significantly to the collective pool of world’s natural resources. Nigeria, a country in West Africa, sits comfortably as Africa’s largest producer of oil and eighth largest oil producing nation in the world with myriads of untapped raw materials in virtually all the six geopolitical zones that make up the country. According to the country’s oil company, the Nigerian National Petroleum Corporation (NNPC), Nigeria has a maximum crude oil production capacity of 2.5 million barrels per day. Oil accounts for 80 per cent of the country’s major revenue and about 100 per cent of its export earnings, going by Central Bank of Nigeria (CBN) data of 2013.

The rainbow nation, South Africa, is a cauldron of mineral resources. Until 2006 when Russia, Peru, China, Australia, United States overtook over its production power, it enjoyed the standing as the world’s largest gold producer with gold ore reserves, estimated at about 40,000t, constituting 40 per cent of global reserves. A report on the U.S. Geological Survey website confirms the country as the sixth largest gold producer in 2013 with gold production of 145 metric tonnes. According to Wikipedia, the Free Encyclopedia, South Africa is the world’s largest producer of chrome, manganese, platinum, vanadium and vermiculite. It is the second largest producer of limonite, palladium, rutile and zirconium. It is also the world’s third largest coal exporter.

Recently, the President of Equatorial Guinea, Teodoro Obiang Nguema, at an international conference in the country’s capital, Malabo, insisted that the country’s oil and gas wealth was a blessing and not a curse. The Central African country is today the largest producer of oil on the continent after Nigeria and Angola. In the February 2014 edition of New African, Kwamina Panford in his story captioned “What new African oil producers can learn”, reported the claim of Teodoro Obiang’s government which was to the effect that Equatorial Guinea provides 17 per cent of the natural gas used to heat U.S. homes and for cooking in these homes.

In the Southern African country of Angola, a nation located on the Atlantic coast, the situation is not any different. The economy of the country rests principally on earnings from oil. The U.S. Energy Information Administration (EIA) estimates that net oil export revenues in Angola were $68 billion in 2012. With a population of about 18 million, Angola stands as the second largest producer of oil in Africa, behind Nigeria with about 1.8 million barrels per day of petroleum and other liquids, of which more than 1.7 million is crude oil.

Taking the abundant natural riches of the aforementioned countries into consideration, the continent of Africa and its people have no grounds to be poor. But the scary reality is a people ravaged by staggering poverty, unemployment statistics, maternal and infant mortality, corroded infrastructure, high illiteracy level, poor health services, insecurity, the list is never-ending.

In Nigeria, poverty sleeps and wakes up with vast majority of people. The stupendous wealth that accrues from oil sales and other lucrative resources has not positively imparted on the lives of the ordinary citizens due to mismanagement of such earnings and gains by government. Successive Nigerian governments have been in and out of allegations and counter allegations of missing oil money. The first civilian government of Alhaji Shehu Shagari was accused of sudden disappearance of N2.8 billion oil money and this led to the setting up of the Judicial Commission of Enquiry headed by Mr. Justice Ayo Irikefe of the Supreme Court to inquire into the alleged missing oil money. The commission, however, acquitted the government of the charge. And just recently, the Goodluck Jonathan led Federal Government of Nigeria was accused of missing $20 billion oil money through the NNPC. As expected, the government has come out to defend itself against such charge, describing it as lacking in credibility and also expressed its seriousness to inaugurate an independent panel to audit the NNPC accounts.

It is also sad to note while the government of Nigeria brandishes figures of economic prosperity through rebasing of the Gross Domestic Product (GDP), thereby declaring itself the largest economy on the continent, majority of its citizens celebrate years of rationing and privation. Every leader entrusted with the treasury of the country since independence has failed to lift the people out of the yaws of want and thorny blows of poverty. A walk to the rural areas of the country will explain the excruciating consequences of criminally inept and heavily corrupt leadership.

Taiwo is a social commentator based in Lagos.

Develop the leaders you’ve been overlooking

12 Rules of Engagement in the Work Place