Are You Assertive Enough? 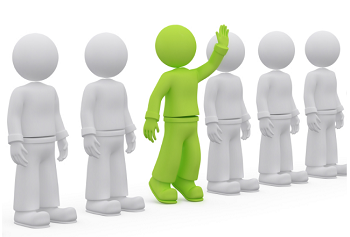 “Part of being a collaborative is to know when to give and when to push. It’s human nature, though, to err on the side of wanting to be liked and avoiding any threat to workplace harmony. But disagreeing with a coworker or a senior team member doesn’t have to be hostile, and can be a positive. There’s been a wealth of information published about how productive conflict fuels innovation and breakthrough results.“

Assertiveness is a quality commonly associated with leadership. As professionals move through the ranks, they’re assessed for their ability to confidently state opinions and ask for what they want. When they aren’t doing so, they may receive feedback that they don’t show leadership potential, are too reserved or lack executive presence. Management training programs commonly have courses to teach strategies to boost assertiveness.

The right amount of assertiveness is a fine line. While we’re told to be firm and outspoken, we’re also very aware that we can’t be seen as inflexible or aggressive. We can quickly conjure up examples of people who fall into the “hard to work with” category.

We can easily under-steer to not become one of those people.

As this article in Harvard Business Review explains, there’s a sweet spot of assertiveness. It’s enough so that your point is getting across but not too much that you’re seen as difficult. Thankfully, it can be learned. And there are benefits beyond work. As psychologist  Simon Rego explains, “those who speak up do better at work, have more time, and have healthier relationships.”

Answer the questions below to determine how your assertiveness measures up.

1. Do you speak up early in meetings?

Experts say that sharing your thoughts early in a meeting — in the first few minutes — shows confidence and establishes your voice. Say something while everyone is still fresh, and before they’ve started looking at the clock. If you find that you  hang back and others either raise points you wish you’d said — or worse, ones you voiced but went unnoticed — this may be an area of development for you.

2. Can you get to the point quickly?

Being able to “topline” or get to your main points at the start of your conversation conveys commitment  to your ideas. Ironically, when you ramble and take awhile to say what you mean, even though you are providing more content, it can appear as if you’re thinking out loud. Attention spans are notoriously short — and getting shorter.

Not sure how much detail to give? When you have an important message to convey, prepare a headline version and a paragraph version. Ask the other person which they’d prefer, and let them guide you.

3. Do you use declarative language?

It’s a simple but powerful shift. Using declarative language when making your points can have a significant impact — substituting “I think” for “I will.” Instead of saying, “I think I can get that report out by tomorrow,” be firm and say: “I’ll have that report to you by tomorrow.”

4. Are you able to stand your ground?

Part of being a collaborative is to know when to give and when to push. It’s human nature, though, to err on the side of wanting to be liked and avoiding any threat to workplace harmony. But disagreeing with a coworker or a senior team member doesn’t have to be hostile, and can be a positive. There’s been a wealth of information published about how productive conflict fuels innovation and breakthrough results.

Balance your push back with questions that enable you to explore another person’s viewpoint while making your own clear, i.e. “John, what’s driving your decision on this? Here’s what I’m seeing that will work for me.”

5. Do you feel that you can ask for what you need?

At its most basic level, assertiveness is being able to simply state how you feel and to ask for what you need. Easier said than done, right? Or perhaps we’re making it harder than it is. Harvard psychologist Craig Malkin suggests a basic model he calls the ABCs of assertiveness. To be assertive, simply say what you feel as an “I” statement, describe the situation in brief, factual terms, and make a request.

For example, “I’m concerned that I haven’t been assigned the right accounts to allow for my promotion. The last five accounts I’ve managed have been small, and haven’t allowed me to make connections across the firm. I’d like to be put on a Fortune 500 account by the end of the year. What do you think?”

6. Are you regularly saying no?

There are more demands on most professionals’ time than they could ever meet and still be effective. As I’ve written before, when you say “yes” to one thing, you’re saying “no” to another. To chart a successful career (and still have any kind of life) you’re going to have to get comfortable with saying “no” from time to time. If you’re reluctant to ever say no, or feel that nagging pit in your stomach when you have to, then this is one area that deserves your focus.

Saying no shouldn’t be seen as being rude; it’s being strategic. Rather than making you look like a slacker, declining in a smart way shows your assertiveness as a leader. Successful professionals understand that their time is their most valuable commodity, and a finite resource. Cultivating assertiveness is one primary way we can protect it.

3 Tips on how Leaders can Tackle Conflicts with Conversation

6 Career Tips You Should Put In The Shredder