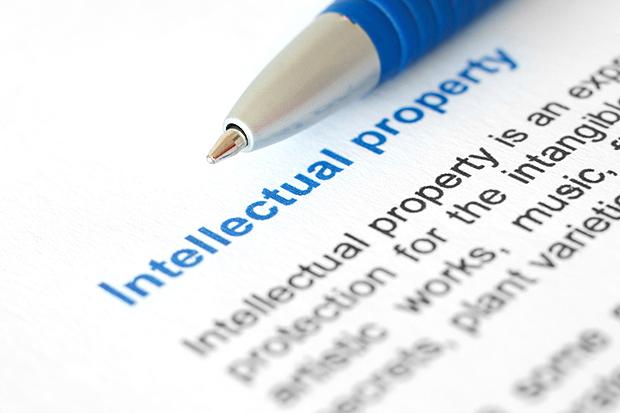 “As new communication technologies emerge, so do new copyright infringement questions. But copyrighting a tweet would be a difficult-to-make and hard-to-enforce legal claim – for many reasons. Most tweets cannot be copyrighted because of size, content and scènes à faire issues.”

In the embarrassment that gained a considerable amount of traction, Mr. Aye Dee had claimed that his Intellectual Property (IP) rights were infringed and that, attributing credit to him without prior seeking permission to post items from his Time Line (TL) was an infringement of his rights.

Mr. Aye Dee’s words: “People still don’t get it, this Linda issue is not about credit, it is about seeking permission before usage. Plain and simple.”

The above position is serious and deserves some bit of careful analysis.

Firstly, we should know that in cases of actual IP content use, fair use laws may permit the publication for “criticism, comment, news reporting, teaching, scholarship, and research.” It is never black and white as suggested and each case if challenged will be subject to a unique court review and judgment.

Facebook and Twitter are public spaces; like market places. In regards to these two platforms – the largest public places in the world – the rules differ slightly but are largely similar. Firstly, for both spaces, what you publish on them becomes their property right as much as it remains yours. This compares to your blog where all you post is owned by you and is your right to control the sharing of; and defend.  See: Telegraph – “Facebook terms and conditions: why you don’t own your online life.” Technically, you are a writer on FaceBook/Twitter’s “blog,” they can do what they like with what you post on them, now and even if/after you close your account and delete your content for a “reasonable” period after, as twitter phrases it.

“When you publish content or information using the Public setting, it means that you are allowing everyone, including people off of Facebook, to access and use that information, and to associate it with you (i.e., your name and profile picture).”

Twitter officially informs its users that all content posted on their blog can be used by them and sent to all types of agencies and individuals to use as they wish.

The below excerpt by Consuelo Reinberg on the Twitter copyright and IP discussion is very useful:

“What launched a thousand blogs about tweeting and copyright, though, was that ESPN republished his Twitter feed – without his permission – further ticking him off and spurring him to add his two cents’ worth to the debate. Were his tweets entitled to copyright protection? Can one copyright a tweet? The legal experts’ answer to the first question: not a chance. And to the second: don’t bother.

As new communication technologies emerge, so do new copyright infringement questions. But copyrighting a tweet would be a difficult-to-make and hard-to-enforce legal claim – for many reasons. Most tweets cannot be copyrighted because of size, content and scènes à faire issues.”

There is currently no fixed regulation hindering the fair use utility of publicly shared twitter and FaceBook posts. Most importantly Twitter and FaceBook should be referenced as the source in addition to the poster. The poster’s name should also be mentioned as an important courtesy always. Of course, it is always better to seek permission first. It is important to be watchful of re-posting copyright infringed posts made on FaceBook which were made in violation of the rights of the actual website or person from which they were picked. In such cases, referencing FaceBook will not help as FaceBook strongly denies liability for posts on its platform made by all participant third parties.

As mentioned above, tweets are simply too short for you to be sued over; only when you take a whole bunch of serial, related tweets may you fall culpable.

Twitter as well as Facebook have the “Embed” function which directly promote the sharing of people’s public posted content. Screengrabs that maintain the poster’s handle and the names of these websites are similar to the embedding of the posts and in the case of pictures, especially, may be the better option. However it must be realized that with screengrabs, if the original post is deleted (or edited) for some infringement, the copy made will not automatically seize to show (or be modified) and the publisher of the grab may now fall liable for maintaining illegitimate or controversial content. Andrew Beaujon discuses here [Can a news org publish someone’s Twitter photo?], how screengrabs are preferred ways to re-publish people’s photos from Social media under the fair use laws.

The BBC Editorial Guidelines and guidance from the Press Complaints Commission recommend consideration of the user’s privacy settings as noted from our review of FaceBook’s tos. They argue that it is more “acceptable to publish pictures if user has them in “public” setting than if privacy settings limit photos to a closed circle of contacts.” See: Journalism.co.uk

Finally, if looking for pictures to use freely, online, take advantage of the Google images creative commons search function. You may take from pictures labeled for reuse or for non commercial use (with or without modification) etc as applies.

The 3 Essential Factors to Growing Your Business

Does Your Company Make You A Better Person?

Not happy with your job? Your company is paying for it in innovation potential