ASUU Strike: Negotiating Through Barrel Of The Gun 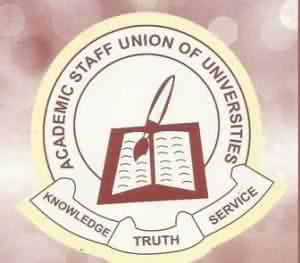 “In times past, ASUU called off strikes even when their requests were not acceded to. Why is it that they have remained adamant now that the government is responding positively? I am especially appalled at the manner with which these people continue to insult our sensibilities by maliciously passing the buck to the government and deliberately maligning well meaning people like the Minister of Finance, Dr Ngozi Okonjo-Iweala, who interestingly has nothing to do with the whole thing.“

THE Academic Staff Union of Universities (ASUU) has overstepped the bounds of reason. To say that most discerning Nigerians are angry with the union is an understatement. Whoever anticipated that ASUU’s show of shame would last this long?

At first, we all sympathised with the pedagogues, thinking they were protesting to secure better learning conditions for the younger generation. Alas, we were wrong! Now, the university teachers have made it clear that they are more interested in their personal comfort than the future of our nation.

At the beginning of the strike, the union bought us over by presenting poor infrastructure as the ostensible reason for their action; yet even after the government has made concessions, releasing N130 billion and making a commitment to do even more, the lecturers have remained implacable. Isn’t it clear that they have less than noble intentions?

To make matters worse, ASUU has resorted to ludicrous antics in a bid to hoodwink Nigerians into thinking that they are national heroes fighting for the evolution of a better educational system. Obviously, this is far from the truth. Rather, they are simply using our young ones as pawns in a ruthlessly brutal duel to prove some political point, which is best known to them and their sponsors.

In times past, ASUU called off strikes even when their requests were not acceded to. Why is it that they have remained adamant now that the government is responding positively? I am especially appalled at the manner with which these people continue to insult our sensibilities by maliciously passing the buck to the government and deliberately maligning well meaning people like the Minister of Finance, Dr Ngozi Okonjo-Iweala, who interestingly has nothing to do with the whole thing.

Being a daughter of academics and an academic herself, Madam Finance Minister understands the need for a viable educational system, which explains why she has played a major role in ensuring that funds are released to cater for the provision of infrastructure in our universities. The last I heard, N100 billion has been released to put needed infrastructures in place on our campuses. Furthermore, the Federal Government has also committed to spending N200 billion in the 2014 budget on the universities as well as in each of the next three-four years until the universities are brought to world-class standard. This is in addition to the N100 billion dedicated and already made available for 2013. Not stopping there, the government has also increased to N40 billion the first installment of funds for the payment of earned allowances to the striking lecturers, an improvement from the N30 billion previously released.

Any objective observer can easily see that the Finance Minister is in total support of improved emoluments for university teachers. But since it will be unwise to overdo it in a way that it will not be sustainable, she has appealed that they should accept what the government has offered. Now, what is wrong with that?

Unfortunately, members of ASUU have continued to blackmail the woman for taking such a stance in the interest of national good. For them, it doesn’t matter if the entire economy shuts down as long as their own bank accounts are well funded. Isn’t that the height of irresponsibility?

Every university student knows that most lecturers don’t take their responsibility seriously any longer. Most of them run personal ventures at the expense of the students they are being paid to teach. Yet, they keep agitating for pay raise. What an irony!

It is time for Nigerians to wake up and nail the real culprit. Like I observed in one of my recent articles, one of our major problems is the fact that we don’t take time to analyse issues for ourselves. Rather, we flow with the tide of public opinion which is most often defined by a few opinion shapers. We must tell ASUU that we cannot contain their excesses anymore. We will not allow them to continue to make scapegoats of our bright young minds, who incidentally are our hope and pride, in a bid to satisfy their selfish ends.

How To Delight Customers With Incremental Innovation

How to Speak More Strategically