Boko Haram and the Chibok affair – the emerging and uncomfortable facts 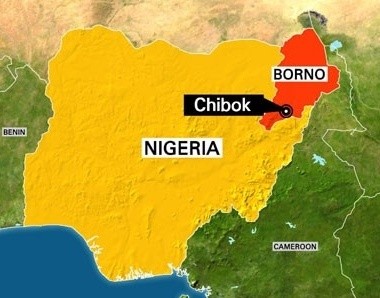 “In my view these facts are relevant and instructive. When one considers them, the picture of what really happened at Chibok on that tragic night, what the real intentions of the abductors and their secret sponsers were and what is really going on now is getting clearer by the day.“

Now that the operational leadership and visible face of Boko Haram, in the person of the filth called Mr. Abubakar Shekau (aka Darul Tawheed), has finally admitted that they were responsible for the abduction of hundreds of our school girls and that they intend to ”sell them in the market like slaves”, it is pertinent and necessary for us to consider some of the emerging, though uncomfortable, facts.

This will enable us to understand the nature of who and what we are dealing with and allow us to consider what the appropriate response ought to be if we really want to solve the problem. Permit me to share the following.

The Christian Association of Nigeria (CAN) has told us that 90 per cent of the girls that were abducted from their school at Chibok were Christians.

The President himself alluded to this yesterday during his media chat when he said that ”the majority” of girls that were abducted were Christians. The following have also been brought to my attention:

1. That the majority of the girls that either ”escaped” or were released by their abductors were muslims.

3. That the girls that have been kidnapped are being raped up to 15 times a day by their captors and that those amongst them that have refused to convert to Islam are having their throats cut (read the testimony of one of the girls that ”escaped” on page 8 of the Vanguard Newspaper, 5th April, 2014).

4. That there was not a single adult in the school grounds watching over the 278 girls that entire night apart from one security man and that there was no electricity, no generator, no principal, no matron, no house master and no house mistress in the grounds with them.

5. That the children were all alone in their dormitories that night in the blistering heat and deepest darkness before the Haramites arrived to carry them away into captivity.

6.. That two of the ladies that met with the First Lady on 4th April and that held themselves out as representatives of the families of the abducted children did not in fact have any link with the children or their families at all and hence they were arrested for impersonation.

7. That the soldiers that were guarding the school in Chibok were redeployed a few hours before Boko Haram launched their attack and abducted the children.

In my view these facts are relevant and instructive. When one considers them, the picture of what really happened at Chibok on that tragic night, what the real intentions of the abductors and their secret sponsers were and what is really going on now is getting clearer by the day.

Ordinarily whether the children are Christians, Muslims, pagans or atheists really should not matter because, regardless of their faith, we want them all back and we must fight for them all to be returned to their homes and loved ones.

However the fact that 90 per cent of them are christian adds a sinister and frightening dimension to the whole horrific episode and it is glaring evidence of the fact that christian girls are now being targeted by the islamists and that those girls are being ”sold in the market”, being forced to convert to Islam and being turned into sex slaves.

Let me put it on record that I am of the view that it was a monumental error for the police to arrest the two ladies that were part of the delegation that went to see the First Lady on April 4th despite the reasons adduced for doing so. That single action was an unecessary distraction and an abuse of power. Worst still it left the Federal Government and the Presidency itself open to a lot of criticism and accusations of insensitivity and high-handedness.

This is especially so given the fact the fact that the two ladies, from what I have been told, are both very prominent members of one or two of the groups that have been agitating for the release of the girls. Those that ordered their arrest are making things far worse for the Government and it is increasingly clear to me that as a consequence of this single action they are fast losing the little goodwill that they may have left with the Nigerian people. If the war is to be won such errors must be avoided and the government must work hard to win back the confidence of our people.

I am one of those that believes that the Federal Government has failed woefully in their primary duty to protect the Nigerian people and I have enunciated that position more than anyone else in this nation in numerous essays and contributions over the last three years. However I honestly believe that today the problem has become so serious and pronounced and that the conflict has reached such a critical stage that criticising and lambasting the government alone will not help. The truth is that such an approach has certainly has not achieved much in the last three years because nothing has changed.

I believe that it is time for us to change tactics in order to achieve better results even though we must not relent in demanding that our President and his security and intelligence agencies do their job properly and provide the necessary security for our people. We also need to understand and appreciate the fact that this matter goes way beyond politics. It goes way beyond whether you are for or against Jonathan.

The bitter truth is that regardless of wherever you come from, whatever your faith is and whichever side of the political divide you stand, we all have a duty to get to the bottom of this matter, join forces, close ranks, find out what is really going on and bring this nightmare to an end. We must join hands with all men and women of goodwill and, together, we must fight this insidious evil that seeks to envelop our land and overwhelm our people.

To be sure there is only one thing worse than failing to protect your people and that is when you organise and mobilise some misguided and mentally unstable miscreants to use religion as a political tool and get them to blow up, kill, abduct, rape and maim innocent men, women and children in an attempt to destabilise the country, spark off a religious war, change the status qou, pull down the government, induce a military coup, dismember our country and cow the Nigerian people into submission.

That is what those that are the secret supporters and sponsors of Boko Haram are doing and attempting to achieve. They are also interested in furthering the sinister and barbaric agenda of the Taliban, the Al Nosra Front, Al Shabab, Islamic Jihad, Hamas and Al Qaeda whose wish is to destroy the secular state and to establish an Islamic fundamentalist state. They wish to establish a radical new caliphate in the west African sub-region where Christianity and moderate Islam is banned, where women are treated like sub-human beings and chattel and which is governed by the strictest form of Islamic sharia law.

To this end it is interesting to note that the evil is spreading. A glaring testimony to that sad fact is the fact that an Army barracks was attacked by Boko Haram in the Camerouns on 5th April and after killing two army officers they freed all their fellow terrorists and islamists that had been detained there.

It is a conspiracy that also receives massive funding and covert support from various governments and Royal families in the Middle East whose support for the salfists is well known and whose wahabbi doctrines and philosophy is exceptionally dangerous. These are the type of people that we are dealing with and these are the times that we are living in.

It is left for the President and his team to rise up to the occassion, tell the Nigerian people the bitter truth about all that is going on behind the scenes, remove the kid gloves, get real and fight the Haramists and their sponsors with all that he has got.

If he refuses to do it or if he is cowered into not doing so by the moderate and dovish voices that appear to be around him, he can be rest assured that sooner than later this country will break up and he will go down in history as the last President of a united Nigeria. Worse still if he is not careful there may well be a military coup which will not be welcome by any right-thinking person and which everyone dreads. We must assist him as best as we can to ensure that this does not happen.

I have little doubt that the President knows who those that are behind Boko Haram are: it is now time for him to exercise his full powers, expose them and deal with them in a brutal and savage manner.

It is time for him to rise up to the occasion and to crush the evil and the forces of darkness that have challenged our way of life, everything that is dear to us and indeed our very existence.

It is time for him to use every method known to man to vigorously fight the insurgency, including better intelligence gathering and the usage of ”black ops”, ”wet boys”, covert operations and maximum co-operation with various foreign and international intelligence and security agencies.

It is time for him to ruthlessly bomb the notorious and Boko Haram-infested Sambisa forest with nepam and burn it, together with everything and everyone that is in it, to the ground. It is time for him to exercise the right of ”hot pursuit” and to pursue the Haramites into the Camerouns, Chad, the Niger Republic or anywhere else if and when it is necessary for him to ever do so.

Early Riser? What You Should Do When You Wake Up