Defusing the Tumult on the State of Insecurity in Nigeria 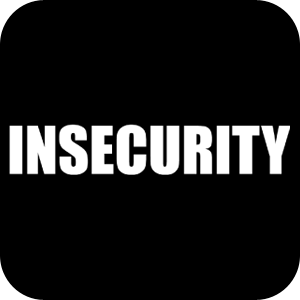 “It is really sad to observe that both the Political and Religious Leaders across the divides are playing pranks with the lives of Nigerians going by the manner in which these horrible events are politicized at different levels. It is very clear that the operations of these terrorist affect all Nigerians irrespective of races, tribes or religions but we failed to agree with this glaring reality because of religious sentiments“.

The adhesion to the ills of sufferings and smilings inherent in the downtrodden is linked partially to the religious tenets of hope, perseverance and fate, but majorly linked to poor orientation on the real ideals of leadership and democratic values. Mosques and Churches have become safe havens for most political office holders that conspire with religious leaders to use religion as a bait to gain undue loyalties as seen in the dogmatic followership shown by the masses, premised on religious sentiments.

The recycling of profiteers among the ruling class aimed at frustrating new ideas in our governance is highly erroneous and grievous, as it shuts the opportunities for the younger generation to clinch leadership at any level, as the ruling class is dominated by people above 50 years. On the other hand, the ruling class has deliberately infused an unbearable level of indiscipline into the system, leading to high level of moral decadence, open exhibition immoral conducts and celebration of ignorance, mostly among the Youths, while the Elders are equally culpable in many circumstances.

Our nation is in turmoil today, as a result of violence at its climax, insecurity of lives and properties, inept leadership and unprecedented rate of poverty. Countless lives were lost to the militancy in the South South and South East regions in the bid of the militants to force their demands on resource control and improved treat from the Federal Government. The militants unleashed mayhem on their regions and terror on the nation in a condemnable manner, but were eventually granted amnesty by the government after monetary settlements of the warlords on individual empowerment level, but the situation of the common people of the regions remain worrisome till date, which cast doubt on the sincerity of purpose on the part of the militants.

Since the actualization of truce between government and the militants, the sectarian crises in the North has come to fore, causing the greatest havoc on the nation, as manifested by the operations of terror organizations, with pseudonym BOKO HARAM or Fulani herdsmen, that has maimed countless Nigerians in a terrifying manner. The fact that these terror groups are faceless but succeeded in launching a rare rate of attacks, in spite of the strength and might of our security agencies bring great suspicions on the intents and purpose of these terror groups and to whose advantage are they really operating.

The Federal Government equipped with the necessary intelligence report has often declared Boko Haram has faceless group while the United Nations has blacklisted the group as a terrorist group that has to be eliminated, but the ruling Peoples Democratic Party and the opposition Party, All Progressive Congress have been trading blames on issues surrounding the activities of the sect, while the Christian Association of Nigeria and the Nigeria Supreme Council for Islamic Affairs are at logger heads on salient issues relating to the group.

Back to the memory lane, the sect led by late Yusuf Mohammed was not faceless and the openness of their activities was in the public coffer before his extra-judicial murder by the Security Agencies. A holistic look into the open activities of the sect in Yobe and Borno axis under Late Yusuf Muhammad showed purposefulness on their part, even though, most of their agitations were barbarous and untenable as it contradicts the enabling laws governing the nation. In retaliation of his gruesome murder, his ardent followers launched attacks against the Nigeria Police domiciled in the North East leading to the escalation in the killings among the sect members and the Joint Task Force.

A responsible government would have done the best to quench the complications that arose from the crises, but lack of proactive measures to clamp down these killings at the earlier stage drag the nation to this mess of high powered violence that has enveloped the nation in fear and confusion. On security matter, synergy exists between the State and Federal Governments and as such, both are to be held responsible for the poor fate of insecurity in Nigeria.

It is really sad to observe that both the Political and Religious Leaders across the divides are playing pranks with the lives of Nigerians going by the manner in which these horrible events are politicized at different levels. It is very clear that the operations of these terrorist affect all Nigerians irrespective of races, tribes or religions but we failed to agree with this glaring reality because of religious sentiments.

The leadership of the Nigeria Supreme Council of Islamic Affairs (NSCIA) has asserted that the whole activities of these sects generally negates Islamic tenets and ideals, hence the sects does not represents Islam in any manner. The leadership of the Christian Association of Nigeria (CAN) is not equally oblivious of the truth of NSCIA assertions but instead of collaborating to properly sensitize both Muslims and Christians on reasons to have unity of purpose as one people of this great nation, the chasm between Muslims and Christians are becoming widened as a result of unnecessary rivalry and assaults at many fronts. The rules of engagement in Islam are succinct as it condemn affront by Muslims in any manner and forbids an offensive Jihad.

Without any fear of contradiction, both Islam and Christianity preach peace and fidelity among the people as commanded by both the Holy Quran and the Holy Bible. The two books equally contains verses that could incite violence to an ill-educated believer as no believer with vast knowledge of the Holy Quran or Bible will involve himself or encourage violence, hatred, misrepresentation and blackmails, especially when the onus of responsibility to invoke any discipline or negotiations is vested in the constituted authority of the religious leaders.

At the Political front, the agents of Peoples Democratic Party in sustaining their reign at the Federal Level against all odds have continuously alleged the opposition leaders of sponsoring the sect which negate common sense and the opposition has not spared the PDP of same allegations. Is it not an indictment on the ruling Party to allege a group of sabotage without applying appropriate sanctions against them, suffice to say that the Federal Government is responsible for the woes of insecurity in Nigeria and President GoodLuck Jonathan should accept full responsibility for the failure of his administration and rise to the demands of the masses for a secured nation.

The Freedom of Association and rights to religion enshrined in the nations Constitution does not give liberty to anyone to divide the nation on either tribal or religion lines, but the political class are polarizing the system along this lines and the masses refuse to reconcile their differences by allowing themselves as tools in the hands of wicked politicians misleading the affairs of our nation.

It will be in the best interest of the nation, if the masses realize that all Muslims and Christians are creation of Almighty God and equally accept the fact that you can claim to serve God, when you hate or hold animosity against God’s Creature as many people are Muslims and Christians by accident of birth and just a few hold on to their faiths by convictions and proper understanding of the Will of God.

The good people of this nation should stop the act of misjudging people across the divides and strongly unite to tackle the general spate of insecurity, whether in the North or South, as injury to one Nigerian should be seen as injury to all Nigerians.

10 Secrets Of People With Extraordinary Willpower

Niyi: Why I quit rapping to go to Cambridge university