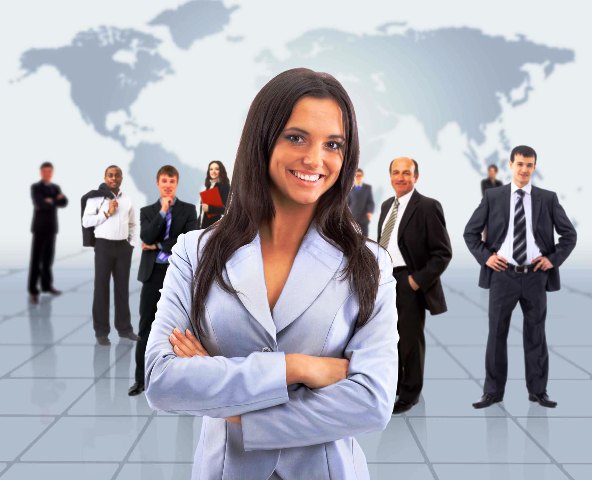 “One of the rationales given to the difference in investing strategies is women don’t want to make as much money as men do. Women [need to realize] the more resources they each have to tap into financially, the bigger impact they can make. The more women grow into owning this, the faster we’ll get our world turned around for good“.

As a woman business owner, you should be concerned about investments both for your personal life (investing the money you earn) and your entrepreneurial one (getting people to invest in your business). But fewer than 10 percent of women surveyed by Russell Investments feel “very knowledgeable” about managing their investments, and a similar number say they’re “not at all knowledgeable” about it.

Despite, or perhaps because of that, according to a U.S. Trust survey, many women (47 percent) tend to invest in companies that reflect their social, political or environmental values, which may be the reason that people who invest for a living (angels and venture capitalists who are predominantly male) don’t put a lot of money in women-owned businesses. A report from The Center for Venture Research at the University of New Hampshire, The Angel Investor Market in 2013: A Return to Seed Investing, shows there’s a near tie in the number of women-owned businesses looking for angel investments (23 percent) and the number of women angels (19.4 percent). Of those seeking angel investments, 19 percent actually got funded.

Ingrid Vanderveldt, a serial entrepreneur currently on the mission of Empowering a Billion Women by 2020, agrees men and women approach investing differently. Male investors, she says, “focus on the deal and look at it as part of their ‘game.’ Women are far more communal about their investment decisions. They want to make sure, before they [invest], they’ve connected with their larger network of women to support. [They want to] pay it forward to up-and-comers by bringing in other women and resources to surround that entrepreneur.”

Lauren Flanagan, managing director of BELLE Capital USA, an angel fund that invests in women-owned businesses, agrees. “Women angels tend to want their investments to be meaningful and contribute to the common good,” Flanagan says. “That said, we’re all about making money and supporting the growing ecosystem of women-led companies where wealth is created for investors, founders and employees, and role models are established for girls.”

Bryan Kelly, an entrepreneur and investment blogger, not only thinks women invest differently but that they “invest better.” He attributes this to women “being willing to ask for help, get training, assess risk and set goals.” As he says, “Intelligent caution works.”

It’s in Our Genes

But according to LouAnn Lofton, author of Warren Buffett Invests Like a Girl: And Why You Should, Too, there’s a biological reason for this different approach. As reported in Fast Company, Lofton writes in her book that a woman’s lack of testosterone can make her a more disciplined investor: “Testosterone can help [men] take risks, making loads of money … But too much testosterone for too long can encourage too much risk-taking. … The way women [invest] is healthier and calmer, and it’s the way we should all approach investing.”

Kathryn Gould, a pioneer in Silicon Valley’s venture capital community, disagrees. In her 25 years as a VC, Gould says, “I didn’t invest any differently than men. It’s not about social responsibility, it’s about building a company.”

But Gould admits she was “more risk averse” when making investments. “Men throw money at stuff,” she says. “I thought every company I ever invested in was going to be big. I never took a chance. I had two to three big hits—earning 30 to 50 times my investment—and a lot of steady hits.”

One of the rationales given to the difference in investing strategies is women don’t want to make as much money as men do. Vanderveldt hopes this isn’t true. “Women [need to realize] the more resources we each have to tap into financially, the bigger impact we can make,” she says. “The more women grow into owning this, the faster we’ll get our world turned around for good.” Vanderveldt is on a national tour teaching women the power of financial literacy. (You can follow the tour at #thepowerofyou.)

So it seems it’s a vicious cycle. Yes, men and women invest differently, and when it comes to business investments, the chasm is vast. Ruth Aidis, vice president of research at GEDI Institute and creator of the Gender-GEDI report, says male VCs don’t understand women-owned businesses and fund male-owned businesses because they identify with them.

Elizabeth Gore, the entrepreneur-in-residence at the United Nations Foundation, says it’s both a matter of women not asking for the investment and men not choosing to invest in women’s businesses. Flanagan thinks things will change since, as she puts it, “Women control 51 percent of the wealth in the U.S.” and will start investing in women.

Gould sees both sides. “What’s wrong,” she asks, “with only investing in great opportunities?” But why, she continues, is there resistance to bringing in female partners to VC firms? “If she kicks ass and makes a ton of money,” she points out, “it only helps [them] get rich.”

Four Keys To Thinking About The Future

The One Word To Never Ever Say Again At Work

Death To The Resume? How To Go Paperless And Score Jobs Socially