Does Nigeria really have a future? 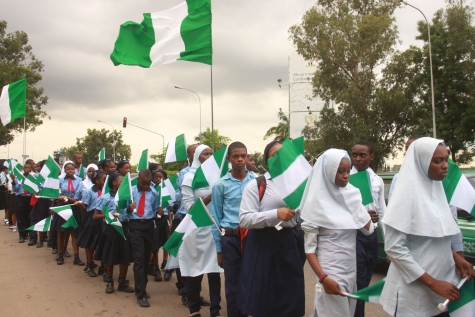 “Children grew up filled with lots of dreams and aspirations but today, a majority of those “leaders of tomorrow” have shelved those dreams because the impediments before them are more like the biblical Mountain Zion, which of course, can never be moved. It is either they are struggling with SSCE or UME is having its own fair share of the national cake from them.“

Only God knows what happened between then and now. Maybe we were being lied to? Or rather that the tomorrow is yet to come or maybe the type of tomorrow they meant never expires. Children grew up filled with lots of dreams and aspirations but today, a majority of those “leaders of tomorrow” have shelved those dreams because the impediments before them are more like the biblical Mountain Zion, which of course, can never be moved. It is either they are struggling with SSCE or UME is having its own fair share of the national cake from them. After trying to pass the examination for two to four years without anything tangible they decide to pack up and forget to press for tertiary education in Nigeria or seek admission abroad- -if their parents have the means or, as in most cases, they resort to other things.

It’s rather pathetic because I personally know someone who wrote UME putting in for medicine and surgery about seven years repeatedly- at least throughout my secondary school days. The one year on it was the same year I wrote mine and he had to by then change to Law but he was eventually given Linguistics and of course couldn’t be mobilised for NYSC after his degree programme. How about some other colleagues who have been trying hard to gain admission close to seven years now and all to no avail?

Taking a flash back at a scene I witnessed on TV recently, it was one of the Okah brothers (Henry I guess). If you remember he was convicted of masterminding the October 2011 Independence Day bomb last in Madala, Abuja. He was shown shivering on a wheel chair and the reporter said something about him having an ailment. I became suddenly emotional and angry at the same time as I was almost moved to tears. The accusations against this man are yet to be proven yet he is being denied treatment, the drugs administered to him are not even making matters better. I want to believe there are some heavy weights behind this case who will really love to see that man rot in jail. I wonder why people like Maina (of Pension Funds notoriety), Farouk Lawan (the famous legislator) and many others who have clearly stolen public funds are not being awarded such treatments.

I take seldom trips to the cybercafé (and I am even posting this piece from a café now) and I see young boys and even some men involving in the infamous Internet scam popularly known as Yahoo+ and my heart so bleeds for Nigeria. These folks stare at a computer all day as they develop all possible means to ensure that their “maga” pays.   Though I have never been in support of such and I will never be but come to think of it what if they belong to the class that grew up with big dreams and aspirations and have tried unsuccessfully to gain admission and even if they did and graduated, what is the assurance that they will get jobs thereafter and not go sell recharge cards or push trucks on the streets after years of study? Besides, these scammers make money and I mean lots of money for those who know how to play their game well, so why go to school anyway? I recently was told by my friend of a 19-year-old boy who is into such and already has a house of his own in Ogudu GRA, Ikeja, and a posh car to add up. If you live in Lagos you will understand what it means to own or even rent a house in that area of the city. What even some graduates under paid employment can only dream of. Lest I forget, this boy was my “way way down junior” in primary school; so you see what I mean.

My candid advice to all youths alike out there is just for them to seize any genuine opportunity they may have now or will have soon and utilise it to the maximum. If they believe in God, then they should hold onto Him firmly because I do not know if my pastor was reading my mind when he said on Sunday, “There is no future for the children growing up.” One will only disagree with that if one has a politician as a relative or friend because quite frankly, with the spate of things now, everything looks so bleak that one who seeks for a quick adjustment may just not know where he or she is, or he might be regarded as asking for too much from his Fatherland.

Don’t Lose Sales Because Of A Poor Brand

How to Study in Six Simple Steps

One thought on “Does Nigeria really have a future?”