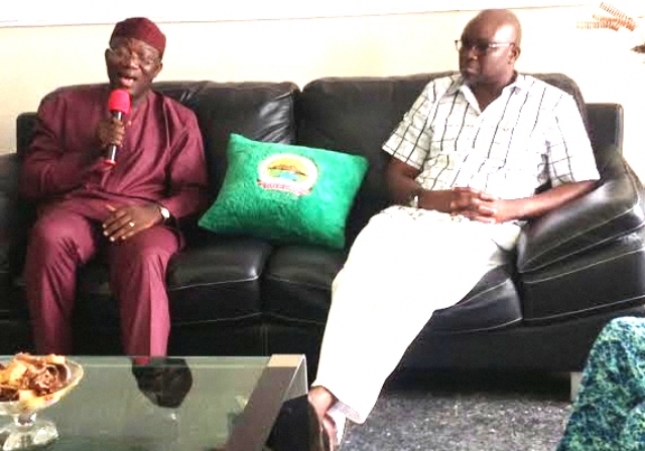 “It is pertinent to note that the parties who sought the correction of the legal misrepresentation, could have raised the issue of ineligibility of the candidate duly elected, before the mandate of the people was freely sought and obtained, in fact, isn’t the mere attempt at legal correction a challenge to the electoral will of the people, after all, an equitable maxim says ‘equity aids the vigilant not the indolent’ and ‘delay defeats equity’, thus, an individual cannot sleep on his right and later seek for a declaratory relief, to bar the winner of a sweet victory and challenge the popular will of the people“.

Amongst and of all the branches of sociology and human social existence, there is none which the law as a concept finds extremely uncomfortable to relate with as public opinion. Generally though, law is a product of public opinion that has been aggregated, collated and established as popular ethos, which has developed and metamorphosed into the communal grundnorm, after deep, reflective and sober introspection that certain acts or mode of behavior, deserve to be sanctioned as wrongful conduct, intentionally done to inflict or cause personal injury, be it physical, verbal or psychological damage. But in law, there is no often used phrase in judicial lore as ‘the law should never be hostage to public opinion’ or ever allow itself to be influenced by the spontaneous urgings of a mob, indeed, the wiser wisdom often says; the court must always be guided only by sacred facts before it or a fact so notorious, that its content has a universal agreement of every reasonable rational human being.

Within the context of democracy, there is no better method of assessing and accessing public opinion than through elections, where the popular will of the people is determined regarding the choice of leadership, which is who or what governs them as a society, in terms of either the individual who is elected or the platform that elevated them into power. It is upon this scenario, the Ekiti state governorship election was held, with the individual who won the election, as a product of a constitutional sanctioned impeachment process, as was executed by the state house of assembly. Where he was convicted by the Ekiti State House of Assembly for gross dereliction of responsibility, in the instance whereby, he was implicated in a glaring case of corrupt enrichment, thus technically ineligible to have ever been a candidate standing for election. Yet, he did stood and even won the popular votes casted in the recent governorship polls.

The issue here is whether a legal intervention could not seem and does not mean a judicial coup against the popular mandate of the people, which was freely given as celebration of the indefatigable spirit and triumph of public opinion. It is pertinent to note that the parties who sought the correction of the legal misrepresentation, could have raised the issue of ineligibility of the candidate duly elected, before the mandate of the people was freely sought and obtained, in fact, isn’t the mere attempt at legal correction a challenge to the electoral will of the people, after all, an equitable maxim says ‘equity aids the vigilant not the indolent’ and ‘delay defeats equity’, thus, an individual cannot sleep on his right and later seek for a declaratory relief, to bar the winner of a sweet victory and challenge the popular will of the people.

Perhaps, this could have been seen as an affront on the inalienable right of the people to choose, if legal decisions on the bench are mere personal opinions of judges or were judicial interventions any other thing, than legal interpretations of the enacted statutes of the parliament and the deciphering of the intent and intendment of the general constituent assembly, which had invoked the constitutional document into existence for the national parliament to proclaim it into effect. All provisions in the constitution and statutory enactment are also products of the public opinion, in the case of the constitution, it is the opinion that has been grounded and molded into the basic norm of the people, to emerge as their representative ideal of what they stand for and who they are as a people. While in the case of legal parliamentary enactments, it is guided by the usual peculiar developmental and societal changes or the stage by stage evolution of the public opinion to suit the exigencies and idiosyncrasies of the people at every particular given time.

The challenge here is which of the highlighted public opinions should take precedence over the other, the one obtained at the ballot box, celebrating the fundamental democratic right of the people to choose its leadership or simply, the latter of the law, which is the collated, aggregated and established public opinion as a representation of the societal sovereign rights. Indeed, the difference here being while the one obtained as represented by elections is a temporary one, the agreed public opinion as represented by constitutional provisions and legal enactments is a more permanent one. To put it more succinctly, public opinion regarding change of choice vary from election to election, thus, they are mostly driven by whimsical reasons that is usually influenced by petty motivations, such as corrupt inducement of voters pejoratively tagged stomach infrastructure, rather than a clear, sober and honorable ideal of striving for good governance.

Taking Ekiti as a perfect example, there is not a single elected governor in the state, who was not rejected in the succeeding polls he stood for re-election, signifying a shifting pattern of public opinion and need I say public trust as being temporary in nature, while the established constitutional legal values of the state has mostly remained static and permanently, as an exhibition of a character trait the extols an abiding faith in the concept of the rule of law. Examining things from this angle, could a popular will as represented by elections, be said to supersede the sovereign will of the people, as represented by the sacred provisions of the Nigerian constitution. Can a mobilized and shifting feeling of injustice, as encapsulated in the feeling of a colossal loss of an electoral victory, vitiate the representative values of honesty and clear rejection of criminality, as the invoked constitutional order in the state has clearly established.

And this other thing:

The concept of public opinion is usually arrived at from the general perception of the people, which is what they see or hear and the image it creates on their mind. Well, if that is the case, then one of the advertisements of the Transformation Ambassadors of Nigeria is about to set the leadership of the Nigerian judiciary in peril, it is an advert where Their Ladyship Chief Justice of the Federation and the President of the Court of Appeal are presented amongst many a female politician, as Nigerian President’s favorable personal choice of appointment, clearly a campaign jingle. Now, imagine the state of mind of any politician in search for justice after 2015 presidential polls, surely, a resort to self help seems more a plausible option, than sticking with a temple of justice that seemingly but inadvertently campaigned for continuity of the incumbent.

The Right Way to Answer “What’s Your Greatest Weakness?”

Apply to attend The Global Youth Entrepreneurs Summit 2015 in Bangladesh