Embrace the Business Model That Threatens You 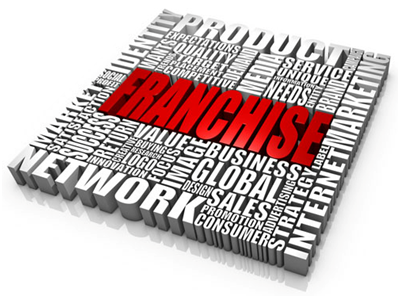 “Hybrids are not necessarily mergers. Often, one company is grafting on a piece of another’s competency to solve a business challenge, without having to buy the entity outright. Both entities can remain intact and both can win in the marketplace. One way or the other, the hybrid approach allows an incumbent to address market shifts without losing the essence of what made it successful in the first place. It turns the threat of disruption and disaster into an opportunity.“

If your company is already well established and has smart management, it is likely that it will become a hybrid in the next ten years, blending its legacy business with a new business model that is rising to threaten it. Take Walmart, for example. After suffering several years of Amazon’s online hegemony, Walmart responded with a hybrid approach. Merchandise ordered online can now be drop-shipped for same-day pickup at local stores. This and other creative solutions have driven over $9 billion of online sales to Walmart. (It’s no surprise that Amazon — which has no physical stores — has mirrored the move from the other direction, installing lockers in neighborhood stores to allow for direct pickup.)

Entertainment and medicine are other industries where hybrid models are beginning to emerge as resilient success stories. Netflix, formerly a media distributor increasingly threatened by the very entertainment companies whose programming it sells, has begun producing its own original programming (such as the recently released series House of Cards.) According to Netflix, offering popular original programming has attracted its customers to order more items from the rest of its media catalog — a hybrid win-win. The Veterans Administration hospital system has formed an alliance with Bosch Healthcare to offer a more efficient means to monitor and diagnose the elderly or infirm remotely, from their homes.

To understand how strategic logic leads readily to such hybrids, consider the results of a recent war game I helped to stage, in which participants sought winning strategies in one fast-changing sector: the US higher education market. Teams playing the roles of traditional large state and non-profit colleges confronted other teams representing the new Massively Open Online Course (MOOCs) and distance learning enterprises, such as Coursera and The University of Phoenix. At first the teams circled each other in the plenary session, each declaring its position and revealing strengths and weaknesses. It soon became clear to the teams and to the observers in the room that neither the online nor the traditional college “education delivery” model alone could prevail. Traditional brick-and-mortar schools suffer from a high cost base that has resulted in tuitions reaching stratospheric heights. Meanwhile, the alluring proposition of the online offerings — courses you can take anywhere, anytime, at a lower price point — is tainted by high drop-out rates and the somewhat lower credibility of their certificates and degrees.

As the war game evolved, so did the teams’ strategic positions. The teams representing traditional schools knew they needed a strong — not just a token — distance learning component. In contrast, the online technology-driven entities sought the revenue stream and prestige the brick and mortar schools enjoyed. Each side appreciated that it needed the other model to grow, and that partnering was the most expeditious way forward, but the combinations had to figure out how they would build revenues and student bases without cannibalizing each other’s position. Forced to deal with gathering change in the market and perceiving a need to catch a fast-moving wave before it crested, these teams began arriving at solutions that screamed hybrid, all of them combinations of the two worlds.

One, for example, featured the MOOCs of the world, such as Coursera and the Harvard-MIT joint venture EdX, playing the Netflix courses-on-demand card. At the same time, this solution called for the MOOC to serve as a student lead generator and revenue producer for brick-and-mortar university partners. The MOOC would receive funds from all its partner universities when students who had taken and completed the free online courses actually applied and were accepted into the four-year institutions. At the point of acceptance and enrollment, the universities would pay the MOOC a fee for each MOOC student enrolled. Thus a hybrid concept yielded a win-win for all participants.

Hybrids are not necessarily mergers. Often, one company is grafting on a piece of another’s competency to solve a business challenge, without having to buy the entity outright. Both entities can remain intact and both can win in the marketplace. One way or the other, the hybrid approach allows an incumbent to address market shifts without losing the essence of what made it successful in the first place. It turns the threat of disruption and disaster into an opportunity. Instead of the outsider disrupting and destroying the legacy firm, it can pave the way to the incumbent’s next strategic position.

Not every company can find or benefit from a hybrid solution. For an indication of whether one is in your company’s future, ask yourself a few basic questions. Are there market pressures that we cannot respond to on our own, drawing on our existing model? Are the proposed solutions too far out of our competency range? Is the disruptive offering missing a piece of the strategic puzzle? Is the disruptive firm unable to make its own market soon enough or show a profit? Finally, can we find a combination — through partnership or merger — that will create a whole greater than the sum of the parts each company brings to the table? If at least some of the answers are coming up “yes,” then the hybrid approach should be a strategic solution you start working toward — ideally, before your competition beats you to it.

Leonard Fuld is founder and president of Fuld & Company, a Massachusetts-based firm that specializes in providing business intelligence to corporations.

Apply for the 2014 Nigerian Women Association of Georgia (NWAG) Scholarships

How to Influence People with Your Ideas