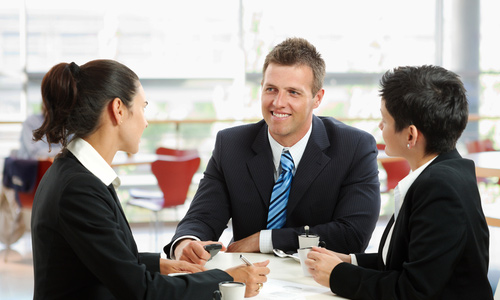 “So why do we ignore the relevance of communication until it becomes an issue? One reason may be because we don’t take the time to quantify what we mean by it.“

We need people who can communicate!

Raise your hand if you have heard this line at least a thousand times. In fact, you’ve likely heard it so much that it’s become meaningless. Communication, as I teach and coach, is the glue that holds an organization together. It is the means by which we exchange ideas, learn from each others, and perhaps most importantly, connect to each other.

“Communication and interpersonal skills remain at the top of the list of what matters most to recruiters.” That’s according to the most recent Harris Interactive/Wall Street Journal business school survey published in September 2007.

So why do we ignore the relevance of communication until it becomes an issue? One reason may be because we don’t take the time to quantify what we mean by it.

That’s why I found Adam Bryant’s New York Times interview with Richard Anderson, CEO of Delta Airlines, refreshing. In the interview Anderson proceeded to define his expectations for effective communication.

1. Know the fundamentals. “People really have to be able to handle the written and spoken word,” said Anderson. Express yourself well verbally, as well as on paper or through email. Failure to communicate coherently leaves people unsure of what is expected of them.

2. Think clearly about what you will say. Anderson is not a fan of PowerPoint. Bullet points without a “subject, a verb and an object” do not convey “complete thoughts.” With respect to Mr. Anderson, PowerPoint itself is not the problem; executives who use it as a short-hand for thinking are. Too many managers use it to sketch out thoughts rather than flesh them out.

3. Prepare for meetings. Documents for meetings should be distributed in advance and made clear and concise. Anderson also wants meetings to “start on time.” That’s all part of the preparation process. So often meetings go off track before they begin because managers and employees do not take the time to think about what they will say before they say it.

4. Engage in discussion. “I want the debate,” says Anderson. “I want to hear everybody’s perspective, so you want to try to ask more questions than make statements.” All too often, either due to the press of time or perhaps a feeling of over-importance, executives do not make it clear that they want to hear alternate points of view. Such an approach leads to “groupthink” because no one speaks up.

5. Listen to others. Discussions are meaningless if no one is listening. Anderson does not like to see his managers checking their BlackBerrys in meetings. Doing so shows lack of “focus” and is akin to reading a newspaper during the meeting, says Anderson. As little as we may tend to oral and written skills, we spend even less time on listening. For that reason, too many managers end up ill informed and, in turn, ill prepared to deal with issues that subsequently morph into problems. Time spent listening might have headed off such disasters.

“Measure what you treasure” is a saying used by compensation professionals in reference to aligning rewards to corporate goals. The same philosophy can be applied to communication. If you value communication skills you will recruit, train and hire for it. Oral and verbal skills are a baseline; organizations also need to look at the broader context of how such skills are used to inform, persuade, coach and inspire. That requires years of practice and example. It is up to leaders to show the way by communicating clearly — but also teaching others to do the same.