From Eye Shadow to Entire Houses: 7 of the Craziest 3-D Printed Creations Yet 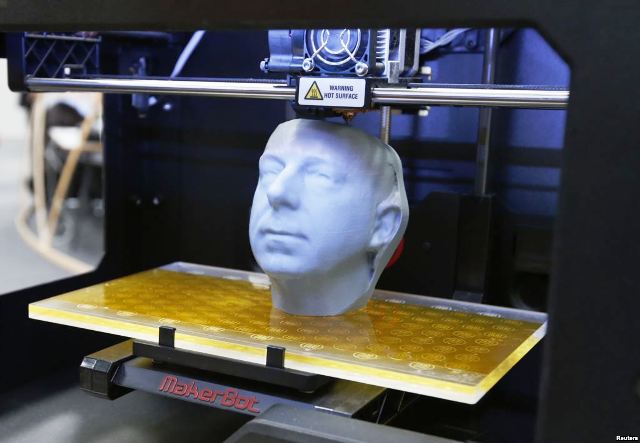 “A tech startup called Pi-Top is currently crowdfunding a kit that teaches consumers how to 3-D print (and then assemble) their very own laptops. With enclosed components and instructions, the aim of the product is to expand consumer knowledge about happenings in today’s hardware and software landscape“.

For all her expertise in the time-honored art of homemaking, Martha Stewart’s entrepreneurial sensibilities are decidedly cutting-edge.

The 73-year-old uses drones to photograph her sprawling farm in Bedford, N.Y., has no qualms about brutally jabbing competitors, and now, in a brand new essay for CNN, has proclaimed her unabashed “love” for 3-D printers.

Stewart says her company, Martha Stewart Living Omnimedia, will use 3-D printing as a way to prototype future product designs.

Previously, such models were outsourced, she writes, “but now that 3-D printers have become readily available, we can prototype our designs for flatware, platters and pots, and get a sense of how they will actually look and feel before we take them to our partners.”

Given the democratizing impact of 3-D printing, Stewart also imagines families across the country one day printing a multiplicity of personal curios — from household gadgets to jewelry to replacement parts for broken items.

“The possibilities are endless and magical,” she marvels.

But Stewart might be delighted to learn that a handful of these possibilities are already being realized. From printed desserts made of Nutella to an entire house in Amsterdam, entrepreneurs are employing the burgeoning technology to uproariously imaginative ends.

Here, we’ve compiled a list of seven of the craziest 3-D printed creations yet.

As part of an experiment called Canal House, the Dutch firm Dus has created a massive 3-D printer that takes one week to print a single 400-pound, honeycomb-like block. The blocks are then fitted together, sort of like Legos, and filled with a foam-like material that hardens and fastens them together.

2. Objects made out of Nutella

Waterloo, Canada-based Structur3D Printing has created a printer attachment called a “paste extruder” that works with most 3-D printer models and allows makers to print items from a variety of soft materials — including Nutella — as opposed to mere plastic. Watch the contraption weave intricate designs out of the hazelnut spread here.

A tech startup called Pi-Top is currently crowdfunding a kit that teaches consumers how to 3-D print (and then assemble) their very own laptops. With enclosed components and instructions, the aim of the product is to expand consumer knowledge about happenings in today’s hardware and software landscape.

Harvard Business student Grace Choi built a proprietary 3-D printer called Mink that allows users to select any color on the Internet and print it into an eye shadow pod. Mink will eventually be able to print other cosmetic products as well, Choi says, including lipstick, foundation, powder and blush.

From Nikki Kaufman, co-founder of Quirky, comes Normal, which allows consumers to 3-D print custom headphones with an app that takes pictures of their ears. With a shipping time of 48 hours and a $199 price tag, shoppers can also customize their earbud color and cable length. Each purchase comes with a remote control, a microphone and an engraved carrying case.

A startup called Natural Machines has just unveiled the Foodini, a new generation kitchen appliance that can 3-D print a whole host of dishes. “One of our goals,” the company says, “is to streamline some of cooking’s more rote activities — forming dough into a dozen breadsticks, or filling and forming individual ravioli — to encourage more people to eat healthy foods.”

Adventurers Cody and Tyler Kor — alongside their dog, Cupid — will make the 2,900-mile trek from New York to San Francisco in a 3-D printed, three-wheeled electric car called the Urbee 2. The Urbee 2 is the brainchild of their father, Jim Kor, who serves as president of green car manufacturing company Kor Ecologic.

Customer Clashes: When To Give In And When To Stand Your Ground

Workplace Dating: Will It Lead To Marriage Or Unemployment?

A vote for same-day general elections in 2015

One thought on “From Eye Shadow to Entire Houses: 7 of the Craziest 3-D Printed Creations Yet”