Gayle King On Success: Grow Up And Figure It Out 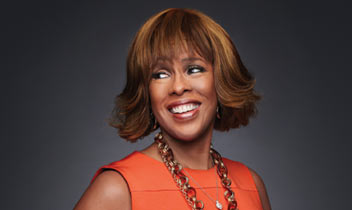 “You have to feel confident about what you do. Otherwise, people will take you out,” she says. “It’s a cut of a thousand deaths because you’re not going to be able to please everybody. And once you figure that out for yourself, it frees a multitude of sins.”

With aspirations of becoming a child psychologist, Gayle King, a self-described “nosy kid,” found her true passion thanks to a local TV newsroom job during college. “I was hooked from day one,” she recalls. Since then, King has established herself as a power player in the notoriously fickle world of media. Today, she co-anchors the “CBS CBS -0.57% This Morning” show along with Charlie Rose and Norah O’Donnell, while also serving as editor-at-large for O, The Oprah Magazine.

When I recently sat down with King to discuss her personal and professional journey, it became clear that a no-nonsense approach to life’s challenges has been instrumental to her success. Here are a few of the powerful life lessons she’s learned along the way which we can all take note from.

After landing her first on-air job in Kansas City, King immediately encountered some logistical snags, including lost luggage and an unavailable apartment. She recalls being stunned when her mentor at the time, Bruce Johnson, abruptly hung up the phone on her when she called to complain. It was clearly an “Aha” moment for King, “You’re given this opportunity and it’s up to you to make the most of it,” she says. From that moment on, King’s motto has been “figure it out,” an approach she admits still applies to “every single problem I have.”

Working in one of the most competitive, and at times cutthroat industries like television, King admits, “There’s always going to be somebody who people perceive can do the job you’re doing and you can’t get hung up on that.” Of course, that’s often easier said than done. But King’s strategy is simple and effective: Rather than constantly looking over your shoulder, focus that attention inward. “I’m going to be the best me, do the best job that I can do,” says King. “So at the end of the day I don’t have regrets.”

King makes her living in the public eye and with that comes more than her fair share of critics weighing in on everything from what she wears on set each morning to her journalistic style. Like most celebrities, just one look at her Twitter feed shows adoring tweets from fans alongside searing jabs from critics. “Everybody has an opinion…If I took it all in, I’d be in the fetal position,” jokes King. So how has she developed that much-needed thick skin? “You have to feel confident about what you do. Otherwise, people will take you out,” she says. “It’s a cut of a thousand deaths because you’re not going to be able to please everybody. And once you figure that out for yourself, it frees a multitude of sins.”

Failure Is Not A Barometer For Your Worth

Although King admits that sometimes failure can be a reflection of sub-par performance, she also emphasizes that you can’t take it personally. “Failure doesn’t mean that you’re not good,” says King. Rather, it can be a powerful opportunity to examine and reassess larger goals. “Sometimes you fail for a reason,” observes King. “Use that to plot your next path.”

When asked about the worst piece of advice she ever received, King points to a time when she was told to decline a meeting, that it would just be a waste of her time. Admittedly, it was an opportunity that King was not interested in, but she still regrets that decision. “It was very insulting and arrogant of me,” she admits. “I think you always take a meeting.”

And that approach to life may, in fact, give us our best insight into this remarkably authentic woman. For King, the importance of remaining open to new ideas and opportunities is key, and that openness is reinforced by the belief that there is a universal wisdom at work in all of our lives, “Quite often when one door closes, another one opens,” she says. “And everything, even though you don’t believe it at the time, works out the way it’s supposed to, the good and the bad.”

Clearly, Gayle King has figured it out.

How To Master The Inner Game Of Entrepreneurship

Why You Must Adapt or Watch Your Business Die