Get The Right People To Notice Your Ideas 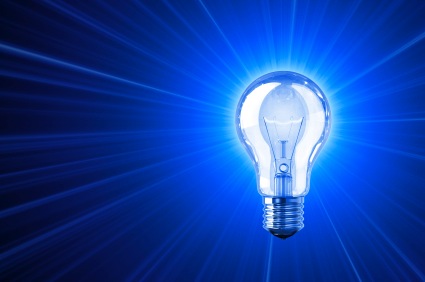 “In a world of Google Alerts, it’s not just large corporations that are monitoring what’s being said about them online. You’re unlikely to get a response from the Lady Gagas of the world, but most executives have lower profiles and are quite reachable. Twitter is particularly useful, especially if you focus on active users with fewer than 5,000 followers. Many top executives fall into this category; it means they’re likely to be paying attention to who is retweeting or messaging them, yet they aren’t overwhelmed by an excessive volume of correspondence.“

The email arrived the day after a speech I’d given in London. “You’ve definitely given me some food for thought about my career trajectory, and how to use branding to my advantage,” an executive at a management consulting firm wrote. In my talk, I’d emphasized the importance of content creation — blogging, videos, podcasting, or even the creative use Twitter — in enabling professionals to share their ideas and define their brands. “But,” she asked, “what advice do you have for making sure that anything you do is read by the right people?”

It’s a common question: why bother to blog (or use other forms of social media) when it’s so hard to build a following, and you may toil in obscurity for years before finding an audience? Given the seemingly abysmal ROI, isn’t it better to invest your time elsewhere? Indeed, Chris Brogan — now a prominent and successful blogger — revealed that it took him eight years to gain his first 100 subscribers. He was a hobbyist who painstakingly built his fan base over time; most of us simply don’t have the resources or the patience for such a slow-drip strategy.

But despite the fact that you’re unlikely to attract a million readers or “be discovered” overnight,blogging (and its social media brethren) are still a valuable part of professionals’ personal branding arsenal. Here are three strategies I’ve found helpful in ensuring that — sooner or later — the “right people” find out about your work.

The first strategy is to write about the people you’d like to connect with (or the companies you’d like to work for). In a world of Google Alerts, it’s not just large corporations that are monitoring what’s being said about them online. You’re unlikely to get a response from the Lady Gagas of the world, but most executives have lower profiles and are quite reachable. Twitter is particularly useful, especially if you focus on active users with fewer than 5,000 followers. Many top executives fall into this category; it means they’re likely to be paying attention to who is retweeting or messaging them, yet they aren’t overwhelmed by an excessive volume of correspondence. (In fact, proving even my cautionary note wrong, after a recent talk at the Stanford Graduate School of Business, a woman came up to me and said that her friend had created a video that she’d sent to Lady Gaga, who retweeted it and brought it massive exposure.)

Next, consider proactively sharing articles you create. That doesn’t mean spamming people with blast emails touting your latest post, but if a client or colleague asks a question or shares a story that inspires you to write, it’s a great compliment for you to follow up by sending them the piece. Alternately, if someone mentions a business challenge they’re struggling with, it adds to your credibility (and is quite thoughtful) for you to offer to send them a post you’ve written on the matter. And if you’re writing about figures you admire, odds are they’d welcome a quick note from you and a link to the article. (I always make it a point to let talented colleagues like Chris Guillebeau, John Hagel, and Len Schlesinger and his crew know when I’m citing their work.)

Finally, pursue a “ladder strategy” for your content, a concept that author Michael Ellsberg has expounded on. Sure, some people will find your blog accidentally (perhaps through a web search for a particular term), and your friends or colleagues may become early readers. But to build a following over time, start reaching out to fellow bloggers and news outlets that already have a following, and offer to create guest posts. (In my book Reinventing You, I feature finance author Ramit Sethi, who used the technique successfully and has blogged about how to do it.) That will expose new audiences to your work, and perhaps drive them to check out the “home base” at your own blog. It also brands you, as people will associate you with the outlets you write for or the people who have essentially endorsed you by allowing you to guest post. As your following grows, you’re more likely to be discovered by (and impress) “the right people” with your ideas.

As Chris Brogan’s experience shows, it can take years for your readership to grow organically. It’s unlikely that you’ll be “discovered” right away by a top CEO or VC trawling the Internet. But even from Day One, you can begin to reach key players if you’re strategic about the individuals and ideas you cover, proactively share your content (instead of waiting for others to stumble across it), and seek new and bigger outlets to feature your work. Before long, you won’t need to be discovered; the right people will already know who you are.

Is Adichie Like Achebe? Be Not Deceived by the Alili

Do Your Own Thing: The Battle of Internal vs External Motivation