GUESS WHAT?! Physical Objects Are About To Become As Programmable As A Computer 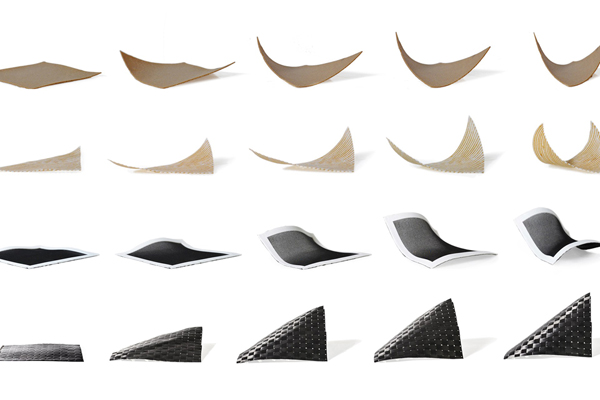 “One day, we may create materials to respond to their environments in similar ways, unlocking a new realm of possibilities for building and design: technologies, products, and infrastructure that are adaptable, efficient, and less prone to costly errors. Imagine smart materials that deliver drugs inside your body just when they’re needed, furniture that assembles itself at your house, or car tires that alter their grip when the road is wet“.

Plants moving toward the sun, proteins folding into complex structures in response to their surroundings, molecules stacking themselves together to form a crystal. No external machinery directs these functions. Instead, the structure and shape is embedded in the material properties themselves—a wonder of the natural world.

One day, we may create materials to respond to their environments in similar ways, unlocking a new realm of possibilities for building and design: technologies, products, and infrastructure that are adaptable, efficient, and less prone to costly errors. Imagine smart materials that deliver drugs inside your body just when they’re needed, furniture that assembles itself at your house, or car tires that alter their grip when the road is wet.

“We believe it’s now possible to program nearly every material to change shape and properties,” says Skylar Tibbits, director of MIT’s Self-Assembly Laboratory. Code, he says, will become the “language of materials” in the same way it is the language of machines today.

Tibbits, an architect-turned-computer scientist-turned-mad designer, is at the forefrontof popularizing the idea that smarter materials—as much, if not more than, ever-more-complicated machines—will shape the physical world of the future. In a 2013 TED Talk, he introduced a part of this vision by calling it 4-D printing (i.e., 3-D printing with the addition of the dimension of time). Since then, he’s been working to make the idea a reality using real-world materials that manufacturers and product designers use today: wood, textiles, carbon fiber, and more.

An example might help you understand the concept. Tibbits has created a composite wood material that he can 3-D print in flat sheets with customized grains. Depending on the grain pattern, the wood will fold in different ways when water is added. One day, you could get a chair flat-packed shipped, and it could fold itself on arrival.

Research like this is at an early stage, but to Hod Lipson, director of Cornell University’s Creative Machines Lab, it represents a new frontier for product design and manufacturing. First, he says, we’ve created the ability to control the shape of a material via 3-D printers, but one day, we’ll be able to control the properties of materials themselves and, eventually, how those materials behave.

“We’re in the first phase, beginning the second phase, and just scratching the surface of the third phase,” Lipson says. “I think we’ll one day be able to make things as complex as nature.” Another way he phrases a similar goal: to build a robot that walks out of the printer, batteries included. (He’s already 3-D printed a crude loudspeaker that worked almost as soon as it left the printer, using silver ink for the wires and a unique, viscous form of strontium ferrite for the magnet.)

One element that’s required to accomplish any of this is the right software. Tibbits was an early beta user of Project Cyborg, an awesomely named R&D project by the design software firm Autodesk, which hopes to release it to a wider audience sometime this year. The software is aimed to help people—anyone from synthetic biologists to furniture designers—in their quest to “program matter.”

Carlos Olguin, creator of Autodesk’s bio-nano-programmable Matter Group, says the software isn’t about helping people design in a traditional sense, but rather a more bottom-up approach. “It’s more about setting rules for interaction among the individual parts, from which a design emerges.” One day, if manufacturing ability progresses as far as Lipson imagines, software will have to progress even further. “Manufacturing technologies are advancing faster than our design ability. At some point, I think we will see more and more AI tools to fill in this gap,” Lipson says.

Once the technology is here, the applications will range widely, from nano-scale designer molecules to implanted medical devices that adapt to changing conditions in the body to the larger realm that Tibbits works within: “We can rethink our products fundamentally. We can rethink how we make them, how we ship them, and how they respond to the user.”

Jessica Leber is Co.Exist’s Assistant Editor. Previously, she was a business reporter for MIT’s Technology Review, and she’s also been a staff writer for ClimateWire and Change.org. Before going into journalism, Jessica worked as a geologist on contaminated waste cleanup sites. Then she realized she would rather write about the fumes than breathe them in.

Are You A Rhino Entrepreneur?