Has religion failed us in Nigeria? 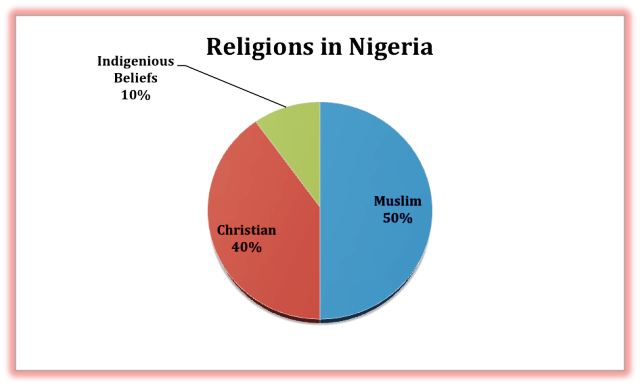 “Unfortunately, religious institutions have sunk so low that criminals no longer have any iota of respect for the sacred houses of worship. Religious leaders have lost their respect by openly hobnobbing and gallivanting with politicians and public office holders. They no longer lay that much emphasis on righteousness, piety and long-suffering. Instead, material and financial wealth are publicly celebrated and honoured regardless of their sources. Even when they intend to tell lies and give false witnesses, they are prepared to swear an oath with the Quran or the Bible, the sacred books. This can only have been borne out of their lack of respect for these inspired holy books. Religion is now being used to confuse the electorate in order to score cheap political points“.

GONE are the days when people always maintained silence whenever they were approaching a church or a mosque because of the high regard for these sacred places. It was a time religious leaders were seen and regarded as upright, pious, trustworthy, honest, disciplined and highly incorruptible in our society. Nowadays, people even throw bombs at churches and mosques and religious leaders are linked with people of questionable character. Corrupt politicians and public officers now use the church and mosque to launder money stolen from the public till. Clergies and clerics fight dirty; they often resort to all sorts of diabolical acts in their quest to secure church or mosque leadership. Christian and Islamic leaders are linked with dehumanising activities such as divorce and illegal arms deals, ritual killings, armed robbery and even terrorism.

Unfortunately, religious institutions have sunk so low that criminals no longer have any iota of respect for the sacred houses of worship. Religious leaders have lost their respect by openly hobnobbing and gallivanting with politicians and public office holders. They no longer lay that much emphasis on righteousness, piety and long-suffering. Instead, material and financial wealth are publicly celebrated and honoured regardless of their sources. Even when they intend to tell lies and give false witnesses, they are prepared to swear an oath with the Quran or the Bible, the sacred books. This can only have been borne out of their lack of respect for these inspired holy books. Religion is now being used to confuse the electorate in order to score cheap political points.

When a particular candidate realises that adherents of his faith are more in population as against those of his opponents, he begins to instigate religious disharmony to prevent a majority of adherents of his religion from voting for his opponents. This analogy is a typical example of how religion is used to polarise the Nigerian electorate by desperate politicians. This class of politicians has so much bastardised religious institutions by always using them to play their dirty game of politics. It is such that most Christians these days see those who may profess a different religion as his enemies.

Even though some individuals and groups may have continued to hide under the cover of religion to perpetuate evil and unleash all sorts of terror on the society, the solutions to many atrocities and social ills which have bedeviled our society still lie inherent in the two major religions in Nigeria, Vis Islam and Christianity. Like their Kenyan counterparts, the Lords Resistant Army (LRA), which has terrorised Kenya for some years, killing, maiming and destroying all who may stand in their way—not even Christian clergies who do not submit or succumb to their doctrine that the society should be ruled and governed by the Biblical laws and the Ten Commandment of Moses are spared—Boko Haram has been carrying on the same way. They not only give the Islamic religion a bad image, but also have continued to kill and destroy all who do not share their doctrine of “Islamising the society”. They are not known, so far, to spare even Islamic clerics. Like the (LRA), their opposite number, Boko Haram and other groups, individuals and their backers have continued to hide under the umbrella of Christianity and Islam to commit crime. We all know that the two religions do not teach hate. The doctrines these groups propagate do not belong to either Christianity or Islam.

Furthermore, the two religions of Islam and Christianity have delivered the people from the shackles and bondage of our so-called African “values”. Some of the “values” support female genital mutilation in the belief that such an act is a disincentive to a woman’s tendency of being promiscuous. It is believed that through the heinous practice, promiscuous propensity is “minimised”. It is a barbaric violation of the fundamental human rights of the girl child which sees females as no more than objects of procreation. With the advent of religion, however, these practices considered as values are gradually being suppressed and phased out. Wife by inheritance, a practice which compels a woman to marry the younger brother of her husband when he dies is another so-called value from which religion is freeing our people. There are other degrading practices such as burial rites and rituals. Some burial rites compel a widow to drink the water with which the corpse of her husband is bathed. In some cultures, a man is incarcerated for a certain period until the dead wife is interned. These are barbaric and inhumane. Thanks to religion, they are being gradually stamped out.

Although polygamy has naturally reduced owing to the harsh economic realities, the influence of religion on bringing about a rethink cannot be ignored nor over emphasised. Girl Child marriage and other forms of violation of the rights of girls encouraged by our so-called African “values” are being frowned at by the two religions. These are a pointer to the fact that regardless of the disillusionment which some of the Christian and Islamic fundamentalists like the LRA and Boko Haram and other terror groups around the world have set out to create in the minds of the people, Christianity and Islam have really done us some good.

Luckily, for us in Nigeria, there is liberalism such that most Nigerians are either Moslems or Christians. The “traditionalists” often identify themselves with either Islam or Christianity. Since both religions teach against killing of human beings, stealing, corruption, all forms of indiscipline, telling of lies or bearing false witnesses, and terrorism, then the task of making Nigeria a peaceful and harmonious country devoid of these  prevailing evils, therefore, lies directly on the shoulders of our religious leaders. If the pastors and all other Christian clergies preach and teach the right things frankly in their churches, the Imams and every other Islamic Cleric preach the truth, and what is right, this country would be a better place for all of us. This is a clarion call on all the leaders of Islam and Christianity to stand up to their divine ‘calling’. Since most Nigerians go to church or mosque, the time for religious leaders to shun partisan politics and stop hobnobbing with politicians and public office holders is now.

Nigeria: Half a thousand languages and MDGs (2)

Are You Aiming For The Sky?… Personal Development Is key!

Get a Scoop on our Emerging Tech Programs & Opportunities for you in the Global Tech Industry.