How Death Motivates Us All 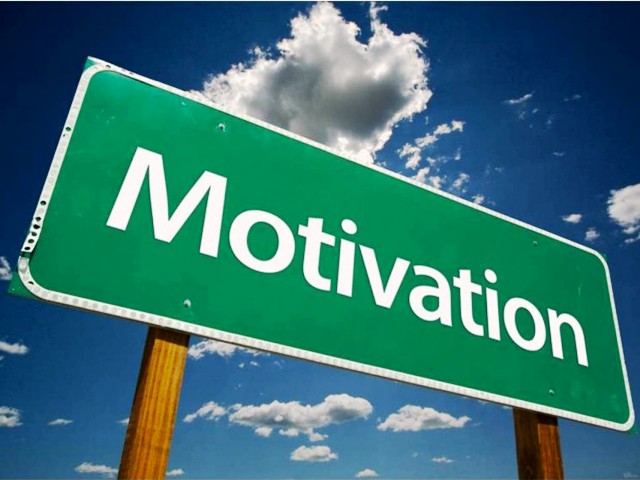 “There is no shortcut around grief, even when a death is somewhat expected. At an especially young age, Adam had lost the love of his life. Yet even through his sadness, he now had a focus of his own. He would take over the list of goals from Meghan and make it his pursuit, completing as many aspirational tasks as he could and choosing his next steps based on his young wife’s dreams“.

In my book The $100 Startup, I shared a few stories of people who started a successful business after being fired or laid off from a job. These stories were inspiring, but in some ways I was even more inspired by those who’d created their own freedom without such an obvious push. When everything is going along swimmingly, yet someone still feels the need to change it up, that’s when you know they’re serious.

Any given moment can change your life. For some people it’s a conversation that opens the doors of possibility: a new business opportunity, perhaps, or a new relationship. For others it’s the sudden shift in perspective: I don’t have to live like this anymore.

In the case of Adam Warner, his defining moment was far more serious. Adam met Meghan Baker when they were both working as English teachers in South Korea. They fell in love and began planning a future together. Adam was American and had been enjoying life outside the routine he knew at home. Meghan was Canadian and planned to return to school to become a nurse.

Meghan had a life list of goals she’d been working on. Much of the list was fairly typical. Among other things, she hoped to run a half-marathon, learn another language, visit thirty countries, take the train across Canada, and “own a little cottage by the lake.” Other goals were more altruistic, including volunteering overseas and supporting local organizations.

Sadly, one year after meeting Adam, Meghan was diagnosed with breast cancer at the age of 26. The couple relocated back to North America, Adam to his hometown of Washington, D.C. and Meghan to Ontario to receive treatment. Whenever possible, Adam traveled to Canada to be close to her, and he eventually moved to Detroit so he could more easily visit across the border.

Meghan’s cancer was fast-spreading, and despite numerous rounds of treatment, a year later she received a terminal diagnosis and was shifted to hospice care. One of the goals she’d written on her list was “Get married,” to which she added in parentheses “No pressure, Adam.”

He didn’t need to be convinced. Adam and Meghan were married at a home ceremony in Ontario on March 28, 2010. One month later, Meghan died.

There is no shortcut around grief, even when a death is somewhat expected. At an especially young age, Adam had lost the love of his life. Yet even through his sadness, he now had a focus of his own. He would take over the list of goals from Meghan and make it his pursuit, completing as many aspirational tasks as he could and choosing his next steps based on his young wife’s dreams.

This wasn’t a revelation that grew on him over time; he knew it right away. “The idea gave me solace right after her death,” he told me. “Walking away from the hospital, I knew that I had to adopt her goals as my own. This would be my project and my focus for as long as it took.”

Two weeks after Meghan’s death, Adam created a Facebook page where he published Meghan’s goals along with his own progress. Six months later, he was volunteering at a school in India. He felt as though Meghan was with him, sharing his surprise at the ordered chaos of life in Delhi, and joining him as he rode 18-hour trains throughout the country. He grieved for Meghan every day, yet he also felt purposeful in following her original list.

Adam’s story was brought to my attention by one of my blog readers, who wrote to say that Meghan’s life, not her death, inspired the quest. Adam’s friends agree that his pursuit of Meghan’s goals has given him a sense of purpose, changing his life for the better. The blog originally started by Meghan is now updated by Adam. He went to a Blue Jays game in Toronto, something Meghan wasn’t able to do before her illness rapidly progressed. He got more serious about running and completed the half-marathon. He is—slowly—learning to sew and knit.

As I read through the blog that was started by Meghan and is now maintained by Adam, one story stood out. On a day before Meghan had shifted to hospice care, she’d just completed radiation treatment and wanted to go outside. For her, a short walk in the city didn’t count as being outdoors, so she took Adam to a nearby lake and they went out on a canoe. They went further out than they’d planned, and when the time came to return Meghan was tired and needed Adam to do most of the rowing. It was just like Meghan, he wrote later. When they’d both started running a couple of years earlier, before she was sick, Adam would run two miles and Meghan would run three. She always went all-in on everything she did. She didn’t save anything for later. This was how she lived her life, and Adam hoped to share this message with the rest of the world.

When I caught up with Adam and reminded him of this story, he smiled.

“When does it feel worth it?” I asked him.

“Every time I mark off one of her goals,” he said. “I think Meghan unintentionally chose goals that would make anyone a better version of themselves. I feel like I grow with each notch.”

The Emotional Awareness of Mortality

This is a fact: All of us will someday die. Yet not all of us live in a state of active awareness of this reality. In the words of a great Bob Dylan song, “He not busy being born is busy dying,” and perhaps some of us are busier than others.

Kathleen Taylor has spent nearly twenty years working in hospice. She started as a bedside counselor, doing what she could to comfort people in the final chapter of their lives. If it sounds depressing, it’s not—Kathleen finds the work fulfilling and meaningful. When people ask what she likes about it, she has a great answer: “At the end of their lives, people are incapable of bullshit. The normal distractions fall off the map. You can’t help but be yourself.”

Many of the people I talked to for this book seemed to have an early awareness of the end of life. They didn’t wait until death was around the corner to reflect on what matters. Instead, they chose to take life by the reins as soon as they could. As much as it sounds trite to “live like you’re dying” or “live every day as if it were your last,” that’s exactly what many people obsessed with a quest do. This shift from anintellectual awareness that we will someday die to an emotional awareness can be a guiding light to discovering what really matters.

Intellectual Awareness of Mortality: “I know that no one lives forever.”

Emotional Awareness of Mortality: “I know that I will someday die.”

Once you start thinking about your own mortality, the small things just don’t matter anymore. This new awareness may come in response to an external event, such as the death or sudden illness of a friend, or from confronting a serious health problem. Other times, there’s a stirring of the soul that increases in tempo until it’s impossible to ignore. Whatever it is, the more we’re emotionally aware of our own mortality, the more we feel compelled to live with a sense of purpose.

Employment as a panacea to conflict in Nigeria

National Security Summit: Can Nigeria have a different definition of federalism?

Loving thy neighbour as thyself