How Habits Shape Your Health, Happiness and Wealth 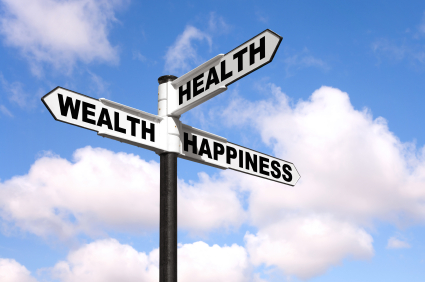 “Your habits are highly dependent upon context. In many cases, your environment will drive your behavior even more than your personality. So, maybe you’re struggling to stick to that diet because you’re surrounded by bad options or unhealthy people, not because you were born with too little willpower“.

In 1936, a man named Kurt Lewin wrote a simple equation that changed the way we think about habits and human behavior.

The equation makes the following statement: Behavior is a function of the Person in their Environment. Known today as Lewin’s Equation, this tiny expression contains most of what you need to know about building good habits, breaking bad ones, and making progress in your life.

Let’s talk about what we can learn from it and how to apply these ideas to master the habits that shape your health, happiness, and wealth.

What Drives Our Behavior?

Before Lewin’s Equation became famous, most experts believed that a person’s habits and actions were a result of the type of person they were, not the environment they were in at the time.

You can still find many examples of this belief today. For instance, if you struggle to stick to a diet you might say, “I just don’t have any willpower.” Or, if you can’t seem to finish that big project like writing a book, you might say, “I’m a great starter, but a lousy finisher.” These statements imply that our habits and actions are determined by some set of characteristics that we are born with; that our habits are fixed based on who we are.

Lewin, however, said something different. He said that it is not just your personal characteristics, but also your environment that drives your behavior. Your habits are highly dependent upon context. In many cases, your environment will drive your behavior even more than your personality. So, maybe you’re struggling to stick to that diet because you’re surrounded by bad options or unhealthy people, not because you were born with too little willpower.

Let’s break down these two areas, personality and environment, and talk about how you can improve them to build good habits and break bad ones.

The Elements of Personality

We know more about our personal characteristics today than we did when Lewin was around. Perhaps most importantly, we know that your abilities are not fixed in stone. You can improve.

The key, however, is to believe you can improve. Carol Dweck, a Stanford professor, has become well-known for her work analyzing the differences between the fixed mindset and the growth mindset. When you are using a fixed mindset, you believe that your abilities in a particular area are fixed. When you are using a growth mindset, you believe that you can improve, learn, and build upon your current abilities.

While reading Dweck’s best-selling book, Mindset, I found it interesting that the same person can have a growth mindset in one area and a fixed mindset in another.

In other words, your identity and beliefs play a role in your habits and if you’re looking to create a new identity, you have to cast a vote for that identity. As I have covered before, the best way to improve your abilities and skills is through deliberate practice.

The Elements of Environment

The second factor in Lewin’s Equation, environment, can often seem like something that happens to us rather than something we have control over. It can be difficult to change where you work, who you’re surrounded by, and where you live. That said, there are actually quite a few strategies that you can use to adjust your environment and build better habits.

First, you can do what BJ Fogg calls “designing for laziness.” Fogg wanted to reduce the amount of popcorn he ate, so he took the bag of popcorn out of his kitchen, climbed the ladder in his garage, and put the popcorn on the highest shelf. If he really wanted popcorn, he could always go to the garage, get the ladder, and climb up to get it. But his default decision when he was feeling lazy would be to make a better choice. By designing his environment for laziness, Fogg made it easier to stick with healthier habits. I have mentioned a variety of other ways you can design for laziness in this article.

Second, the physical space you live in and the arrangement of the things you come across can dramatically alter your behavior. For example, in his book Nudge, Richard Thaler talks about how grocery store products on shelves at eye level get purchased more than those down by the floor. Researchers Eric Johnson and Daniel Goldstein conducted a study that revealed dramatic differences in organ donation rates based simply on two different types of forms that were passed out. Finally, Massachusetts General Hospital in Boston discovered that they could instantly increase the amount of water people drank and decrease the amount of soda they drank simply by rearranging the way drinks were displayed in the cafeteria. This concept, which is known as choice architecture, refers to your ability to structure the physical space around you to prime good choices.

Third, we have the digital environment. There are a wide range of digital triggers that prompt our behavior. When Facebook notifies you of a new action, you’re prompted to log back on. When someone emails you, you are prompted to respond. These digital triggers are simple ways of building habit-forming behaviors in online products and services. In many cases, these digital triggers become distractions that take you away from the work and habits that are actually important to you. As much as possible, I prefer to combat this distraction by simplifying and eliminating everything that isn’t necessary. Another option is to use a service like Freedom to reduce procrastination and distraction.

Behavior, the Person, and the Environment

Changing your behavior and sticking to new habits can be hard. No doubt about it. Thankfully, Lewin’s Equation keeps things simple.

B = f(P,E). Behavior is a function of the Person in their Environment.

Improve yourself and adjust your environment to make good habits easier and bad habits harder. If you can do those two things, sticking with better habits will be much easier.

James Clear (Writer, Entrepreneur and Behavior Science Expert) is based in North Carolina. He writes at JamesClear.com, where he uses behavior science to share ideas for mastering your habits, improving your health, and increasing your creativity.

Has religion failed us in Nigeria?

How the West Sees Asia’s Run on African Resources