How Psychology Can Make You A Better Boss 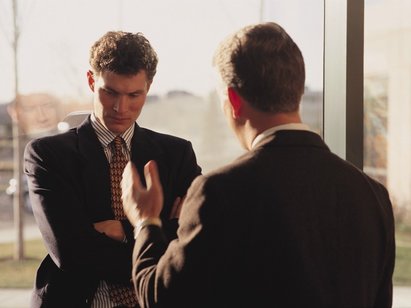 “It’s possible to be a competent boss without understanding personality dynamics, but a little knowledge can go a long way in making you a more effective leader, and helping you to manage the interpersonal problems that inevitably come up in a more effective way. Different people are motivated by different rewards, and by understanding a person’s internal motivations you can better encourage them to do their best work.“

I reconnected this week with Dr. Elana Miller, MD, the Zen Psychiatrist. We have not met in person, but I initially found Elana while doing research for two of my prior articles, including one of my all time favorites, How Mental Illness Makes Some Executives Stronger. Many people have reached out since the initial appearance of that article. I love the way her mind thinks and her positive approach to psychology in the workplace.

To that end, Elana offered me her thoughts on the ways business people can become better by understanding the psychology of their employees’ personalities. Must business owners and managers be psychologists to effectively lead? No—but a solid understanding certainly can’t hurt. In fact at least several of the most successful business leaders I know (including contributor Alan Hall) have earned undergraduate degrees in psychology before earning their business degrees. I’d be interested in hearing the opinions of others on this interesting trend. Meanwhile, Elana shared with me her thoughts on how we could all become better leaders and bosses by understanding a little more clearly the personality traits of our employees.

Why is understanding the personality traits of employees so important?

Elana: It’s possible to be a competent boss without understanding personality dynamics, but a little knowledge can go a long way in making you a more effective leader, and helping you to manage the interpersonal problems that inevitably come up in a more effective way. Different people are motivated by different rewards, and by understanding a person’s internal motivations you can better encourage them to do their best work.

Can you give me an example?

Elana: Each individual is unique, but certain personality traits do tend to predict certain behaviors. Let’s take the “perfectionistic” or “obsessive-compulsive” type. Many people who have achieved a high level of success in their work have obsessive or perfectionistic tendencies, because qualities such as discipline, self-control, and reliability are rewarded in our society.

Certain problems emerge for this personality type. Because they have such high standards for themselves and don’t tolerate errors well, they may have difficulty hearing negative feedback. They may procrastinate projects and miss deadlines because their standards are so high that nothing ever seems good enough. They may become rigid or moralistic if they feel they’re being treated unfairly.

How could an employer manage an obsessive or perfectionistic person better?

Elana: The most important thing to remember is that these people can be your best asset. They want to perform at a high level and exceed your expectations. Their own expectations are probably higher than yours. They don’t want special treatment, but they expect to be fairly acknowledged and rewarded for their performance.

First, be careful about how you give feedback. These people will have a tendency to hear your feedback as criticism. They will be sensitive to any suggestion that they have let you down, even if that’s not what you intended to say.

Instead of saying, “Hey Susan, you forgot to include last week’s numbers on the report, make sure to include them next time,” say, “Hey Susan, great job on the report. Do you think next time you could include the most recent numbers? I don’t think I was clear about that before, so don’t worry that it was missing from this report. Your work has been excellent.” Take responsibility if you could be the cause of any miscommunication about expectations.

Second, if you have a problem with a perfectionistic employee who is always procrastinating, understand that it’s not coming from laziness, but rather difficulty with overly high standards. Sit down with your employee and set clear guidelines about what your expectations are, so they don’t waste time doing things that aren’t important to you. Tell them exactly where it’s okay to cut corners.

Third, let these people take on your biggest problems. There is perhaps no better person to delegate a big, logistical problem to than a perfectionist. They will worry about the problem more than you, and be very motivated to fix it. When they do, make sure to reward their efforts fairly.

What’s another personality type employers should be on the lookout for?

Elana: Another personality type to be aware of is the person with narcissistic traits. These people are, unfortunately, often the source of much of the interpersonal conflict that occurs in a workplace. They are the individuals who are arrogant, entitled, and competitive with their peers. They make sure to point out how special and superior they think they are at any opportunity. They can be manipulative and exploitative if they think it will help them get ahead. They can evoke annoyance, defensiveness, anxiety, and errors in judgment in people who work with them.

How should a boss handle this type of person?

Elana:  First, if you have a narcissistic employee who’s causing a lot of problems, you have to ask yourself, do I really need this person? Are they providing an absolutely necessary function to the company? Can they be replaced? It is unlikely you can say or do anything to stop their bad behavior. If they get the sense they’re in trouble, they might just get better at hiding it from you, but they will likely continue to frustrate and demoralize their coworkers. That is a bad situation for company morale.

Second, if firing is not an option, you have to learn to manage them. Understand that they may be frustrating a lot of people around them, so you will need to manage the conflict. Empathize with your employees who get caught in the tornado.

Most importantly, don’t let yourself get manipulated. Narcissistic people have two primary ways of dealing with conflict and getting what they want. 1) They become hostile and aggressive (more likely with coworkers), or 2) They flatter, trying to make you feel like you’re inside their special circle (more likely with you, their boss).

On the other hand, to get the narcissistic person to do their work you might need to engage in a little manipulation yourself. Say, “Look Andrew, you’re the only person I can trust with something like this, I just don’t feel anyone else can get this job done as well as you can.” You can play off their need to feel special to help them perform at a higher level.

What about those employees who always say they’re working on something, but never seem to get anything done? And when you try to talk to them directly about what’s going on, they get resistant or make excuses?

Elana: I would describe that as a “passive-aggressive” personality structure. This term is commonly misused, and does not mean someone who says one thing but means another, but rather someone who is resistant to authority in an indirect way. These people don’t deal with conflict directly. If they feel you’re giving them too much work, they won’t say it, but rather will procrastinate deliberately and dodge your calls and emails. If they don’t like going to meetings, they’ll show up chronically late, but not so late that they think you’ll say anything. The more you try to manage them, the more they passively resist. They might not even be aware they’re doing this; it’s a defense mechanism that operates on a subconscious level.

Yikes! I’ve seen a few of these – thankfully, though, in the past. How should an employer handle a passive-aggressive person?

Elana: The important thing to understand is that passive aggressiveness comes from an underlying core belief that to listen to authority is to be controlled. They resist because they are afraid of losing their independence. So it is important to avoid power struggles with these employees. Don’t micromanage them. The more you micromanage, the more they resist.

Instead, let them be in control as much as is feasible. Give them a problem and ask them to solve it without dictating exactly how. Give them a list of projects you need done and let them choose which one to tackle. Don’t obsess over punctuality if the person is getting all of their work done.

What if even with these techniques, a boss still can’t get their employee to do their work?

Elana: Then you’ve got a problem. Again, you need to ask yourself, do I need this person? Are they helping the work environment more than hurting it?

What about people who are “antisocial,” and don’t interact much with other employees?

Elana: I would actually use the term “socially avoidant” instead of antisocial, which in psychiatry refers to a whole other type of person (think your common sociopath). People are typically socially avoidant for three primary reasons. 1) They’re introverted, and too much social interaction drains them. 2) They’re socially anxious, and are so fearful of saying or doing the wrong thing and being judged that they avoid socializing altogether. 3) They’re disinterested in social interaction, and prefer to be alone.

In any of these cases, it is counterproductive to your goal of getting the best work out of your employees to force these people to socialize more. Don’t make them come to meetings where their presence is not crucial. Don’t require that they participate in company picnics and the like. Don’t put them in an open cubicle where there are always other people buzzing about.

Anytime a socially avoidant person is in a crowded environment, their energy is being drained, and their anxiety response is being activated. And anxiety is completely counterproductive to creative, focused work. If you want the best work out of these employees, leave them alone, and avoid interrupting them. If you need to check in, do it at pre-planned intervals (“I’m going to swing by at 4pm after my meeting to see how things are going”) so the person has time to mentally prepare.

Elana: As a boss, you need to increase your abilities to work with an employee’s personality traits, not against them. And keep in mind, if an individual’s bad behavior is causing ongoing problems, let go of any illusion that you can change them. As someone who has worked in therapy with many people referred by supervisors because of work-related conflicts, I can tell you that change in personality traits comes very, very slowly, and only in the most motivated people. You need to decide if you can work with someone’s personality, or if you can’t.

Cheryl: Interesting strategies, Elana. In a future article I may be interested in discussing the appropriate and productive ways to identify challenging personality traits of prospective hires in advance. I welcome insights in the comment section of the strategies other leaders have used with success.

2015 Presidency: My Next President of Nigeria – Bayo Oluwasanmi

The Myths Of Creativity: Building A Better Mousetrap

Are You Really Supporting Local Businesses?