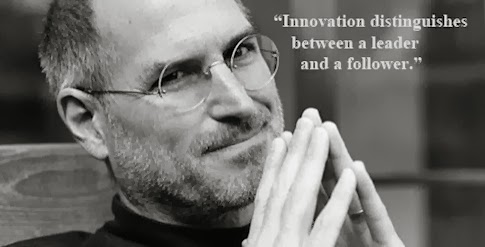 How is a Model T like a dead cow?

If you know the answer to that, you understand the power of analogies. And you have more in common with Steve Jobs than you may have realized.

In fact, according to John Pollack, former Bill Clinton speechwriter and author of the new book Shortcut, it would be foolish for an ambitious businessperson to overlook this powerful literary device. The subtitle to Shortcut is: “How Analogies Reveal Connections, Spark Innovation, and Sell Our Greatest Ideas.” And it turns out, in Pollack’s telling, that the “analogical instinct”–the ability to see how certain things are like other things–is at the root of innovation and of sales. Analogies are the lifeblood of business.

I spoke with Pollack (who previously penned an entire book on puns) to learn more about how products from the Model T to the Macintosh computer owe their lives to analogy.

Here’s a working definition, from Pollack: “an analogy is a comparison that suggests parallels between two different things, explicitly or implicitly.” Analogies can take many forms. Metaphors and similes are types of analogies. A single word can be an analogy, but so can an entire fairy tale, particularly if there’s a “moral of the story” meant to persuade the listener of a certain abstract principle that applies outside the story.

“We use analogies to think through all the information we encounter to make a decision,” says Pollack. “We’re taking in all this data, we’re comparing it to what we know, we’re looking for similarities, and we’re trying to make educated guesses based on what we’ve encountered before.” Everyone thinks analogically, to some extent. But some of the greatest figures in business reached their heights precisely because of their strong analogical impulse.

About That Dead Cow

By 1913, the Ford Motor Company was a decade-old concern with large ambitions, but it had hardly transformed American life–yet. The company had a lofty goal of producing two hundred engines per day, but its process remained inefficient, involving workers who fetched parts from multiple bins and moved them around on hand trucks.

One day, Bill Klann, a Ford employee whose colorful CV included gigs for a streetcar company, a blacksmith, a machine shop, and a shipbuilder, took a trip to a Chicago slaughterhouse. There, he saw a model of industrial butchering efficiency: animal carcasses moved by on overhead trolleys, while a series of butchers performed specialized tasks in sequence as the carcasses advanced. As Klann watched this bloody symphony of movement, he had an analogical epiphany: dismantling something (a carcass) was fundamentally similar to building something (an engine); therefore, adopting a moving assembly line at Ford would increase productivity and reduce costs, he felt.

“If they can kill pigs and cows that way, we can build cars that way,” Klann told his boss upon his return.

His boss protested. The differences seemed too pronounced: what could be more different than flesh and machinery? “Here you’ve got something else. You’ve got this and that and pistons and rods,” said his boss.

Klann prevailed, and the moving assembly line wound up a signature of Model T production, exploding productivity and enabling the company to cut the price of the car from $575 to $280. Ford doubled its market share in mere years.

Klann “saw through the superficial differences between slaughtering animals and assembling cars,” writes Pollack. “There, at the heart of both processes, lay an underlying structural analogy waiting to be exploited.” Seeing Ford’s success, it took little time for almost every other industry to imitate, creating what Pollack estimates to be “trillions of dollars of growth in virtually every industry.”

Analogies work because they make the unfamiliar familiar; they help the mind navigate new terrain by making it resemble terrain we already know.

In this regard, Steve Jobs’s obsession with user-friendly design was fundamentally analogical. Apple was able to win over the masses by drawing analogies between the virtual world (which was unfamiliar) and the physical one (which all consumers knew intimately).

One of Apple’s most basic analogies is so commonplace that we forget it was an analogy to begin with: your computer’s “desktop.”

Though we forget it, that very word, “desktop,” is an analogy: it was meant to teach new users squeamish about the virtual world that you could use a Macintosh’s graphical interface the same way you used something you were familiar with: the top of your real, physical desk.

The parallels to us now seem obvious, even laughably so. In 1984, they weren’t. And Steve Jobs’s analogical instinct (which persists today in design innovations that still make Apple the most user-friendly hardware company) is a major reason why his company is worth well over half a trillion dollars.

How to Get Better at Analogies

You’re starting to wish you paid more attention in that college English class? Well, it’s not too late to hone your analogical talent, says Pollack, even if you snoozed through those lectures on Milton.

One trick is simply to look for analogies as your read. Sometimes Pollack will circle analogies when reading a magazine, and he’s surprised to see how often they’re embedded in single words. We forget, for instance, about the analogical impulse embedded in a phrase as common as “the stock market skyrocketed”; “stock market” once referred to a marketplace for livestock, and “skyrocket” draws on an early analogy from fireworks. “It’s really important to pay attention to the language we encounter,” says Pollack. “The ability to zoom in and zoom out is at the core of getting better at analogies.”

Another great way to strengthen the analogical muscle–to enhance your ability to see correspondences among things–is simply to be aware of more things, generally. Klann was able to see past the superficial differences between pig and engine because he had worked in such a wide array of industries. Exploring, reading, traveling–diversifying your own experience, as well as cultivating diversity of experience in the people you collaborate with–are all key to mastering the art of analogy.

“The most creative problem solvers are those who draw from more diverse streams of information,” says Pollack. “If you have more different types of Lego to connect, you’re going to have a lot more options when creating or inventing.”

David Zax is a contributing writer for Fast Company. His writing has appeared in many publications, including Smithsonian, Slate, Wired, and The Wall Street Journal.

On Nigerian youth, science and creativity