How To Pitch Your Brilliant Idea 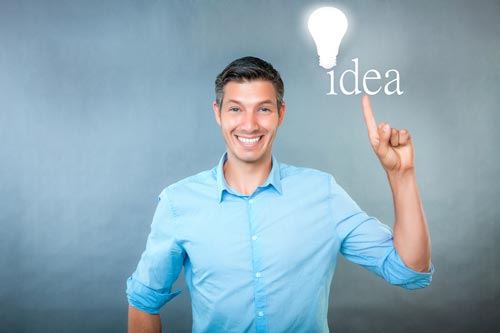 “We all like to think that people judge us carefully and objectively on our merits. But the fact is, they rush to place us into neat little categories—they stereotype us. So the first thing to realize when you’re preparing to make a pitch to strangers is that your audience is going to put you into a box. And they’re going to do it really fast. Research suggests that humans can categorize others in less than 150 milliseconds. Within 30 minutes, they’ve made lasting judgments about your character.“

Coming up with creative ideas is easy; selling them to strangers is hard. All too often, entrepreneurs, sales executives, and marketing managers go to great lengths to show how their new business plans or creative concepts are practical and high margin—only to be rejected by corporate decision makers who don’t seem to understand the real value of the ideas. Why does this happen?

It turns out that the problem has as much to do with the seller’s traits as with an idea’s inherent quality. The person on the receiving end tends to gauge the pitcher’s creativity as well as the proposal itself. And judgments about the pitcher’s ability to come up with workable ideas can quickly and permanently overshadow perceptions of the idea’s worth. We all like to think that people judge us carefully and objectively on our merits. But the fact is, they rush to place us into neat little categories—they stereotype us. So the first thing to realize when you’re preparing to make a pitch to strangers is that your audience is going to put you into a box. And they’re going to do it really fast. Research suggests that humans can categorize others in less than 150 milliseconds. Within 30 minutes, they’ve made lasting judgments about your character.

These insights emerged from my lengthy study of the $50 billion U.S. film and television industry. Specifically, I worked with 50 Hollywood executives involved in assessing pitches from screenwriters. Over the course of six years, I observed dozens of 30-minute pitches in which the screenwriters encountered the “catchers” for the first time. In interviewing and observing the pitchers and catchers, I was able to discern just how quickly assessments of creative potential are made in these high-stakes exchanges. (The deals that arise as a result of successful screenplay pitches are often multimillion-dollar projects, rivaling in scope the development of new car models by Detroit’s largest automakers and marketing campaigns by New York’s most successful advertising agencies.) To determine whether my observations applied to business settings beyond Hollywood, I attended a variety of product-design, marketing, and venture-capital pitch sessions and conducted interviews with executives responsible for judging creative, high-stakes ideas from pitchers previously unknown to them. In those environments, the results were remarkably similar to what I had seen in the movie business.

People on the receiving end of pitches have no formal, verifiable, or objective measures for assessing that elusive trait, creativity. Catchers—even the expert ones—therefore apply a set of subjective and often inaccurate criteria very early in the encounter, and from that point on, the tone is set. If a catcher detects subtle cues indicating that the pitcher isn’t creative, the proposal is toast. But that’s not the whole story. I’ve discovered that catchers tend to respond well if they are made to feel that they are participating in an idea’s development.

The pitchers who do this successfully are those who tend to be categorized by catchers into one of three prototypes. I call them the showrunner, the artist, and the neophyte. Showrunners come off as professionals who combine creative inspiration with production know-how. Artists appear to be quirky and unpolished and to prefer the world of creative ideas to quotidian reality. Neophytes tend to be—or act as if they were—young, inexperienced, and naive. To involve the audience in the creative process, showrunners deliberately level the power differential between themselves and their catchers; artists invert the differential; and neophytes exploit it. If you’re a pitcher, the bottom-line implication is this: By successfully projecting yourself as one of the three creative types and getting your catcher to view himself or herself as a creative collaborator, you can improve your chances of selling an idea.

My research also has implications for those who buy ideas: Catchers should beware of relying on stereotypes. It’s all too easy to be dazzled by pitchers who ultimately can’t get their projects off the ground, and it’s just as easy to overlook the creative individuals who can make good on their ideas. That’s why it’s important for the catcher to test every pitcher, a matter we’ll return to in the following pages.

In the late 1970s, psychologists Nancy Cantor and Walter Mischel, then at Stanford University, demonstrated that we all use sets of stereotypes—what they called “person prototypes”—to categorize strangers in the first moments of interaction. Though such instant typecasting is arguably unfair, pattern matching is so firmly hardwired into human psychology that only conscious discipline can counteract it.

Yale University creativity researcher Robert Sternberg contends that the prototype matching we use to assess originality in others results from our implicit belief that creative people possess certain traits—unconventionality, for example, as well as intuitiveness, sensitivity, narcissism, passion, and perhaps youth. We develop these stereotypes through direct and indirect experiences with people known to be creative, from personally interacting with the 15-year-old guitar player next door to hearing stories about Pablo Picasso.

How to Win an Election (In Nigeria): Ten ways – Aminu Yusuf Malam

10 Extraordinary People And Their Lessons For Success