How to Turn Every Failure Into a Measure for Success 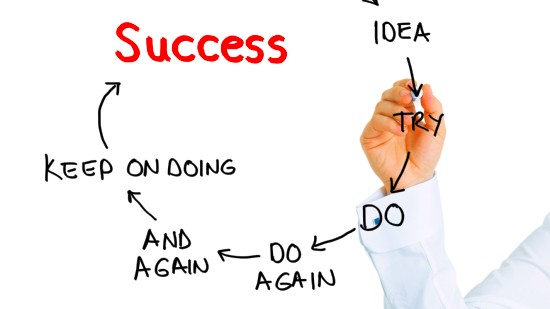 “If you’re not prepared to be wrong, you’ll never come up with anything original. When you take risks, you learn that there will be times when you succeed and times when you fail, and both are equally important“.

You don’t have to look hard to see the benefits of failure:

Before coaching the Dallas Cowboys to two Super Bowl victories and five NFC championships, Tom Landry had one of the worst first seasons on record (winning no games) and won five or fewer games over the next four seasons.

Before Microsoft, Bill Gates dropped out of Harvard and tanked his first business (with Microsoft co-founder Paul Allen), Traf-O-Data.

Albert Einstein didn’t speak until he was 4 and did not read until he was 7, causing his teachers and parents to think he was mentally handicapped. He was expelled from school and refused admittance to Zurich Polytechnic.

The truth is that anyone who has achieved anything great has at some point made a choice to embrace failure instead of allowing it to hold him or her back.

Failure paves our way to success and gives us permission to excel.

The key is how we respond to failure. Some of the benefits:

1. Failure is a reason to investigate.

Look for what went wrong, rather than who’s to blame. Investigation helps us determine whether there was a lack of information or training at the root, so we know what to shore up.

2. Failure is a reason to learn.

If you’re not prepared to be wrong, you’ll never come up with anything original. When you take risks, you learn that there will be times when you succeed and times when you fail, and both are equally important.

3. Failure is a reason to overcome fear.

Everything you want is on the other side of fear. We all experience disappointment, defeat, and despair; these are the tools to show us a new way. Take the time to evaluate and analyze what you have learned, and consider how you can attain new results.

4. Failure is a reason to be accountable.

Failure isn’t fatal, but failure to change might be. Failure holds us accountable by reminding us of the difference between making a mistake and making it again and again.

5. Failure is a reason to shift.

Failure is delay, not defeat; a detour, not a dead end. Shift delay into determination, negative into positive, and negativity into optimism.

6. Failure is a reason to overcome adversity.

Every adversity, every failure, every heartache carries with it the seed of an equal or greater benefit. You can build on failure. You can use it as a steppingstone.

7. Failure is a reason for innovation.

We speak about success all the time, but it’s time to give failure its due as a catalyst for greatness and means for success.

Lolly Daskal is the president and CEO of Lead From Within, a global consultancy that specializes in leadership and entrepreneurial development.

Niyi: Why I quit rapping to go to Cambridge university

State of emergency: Beyond opposition criticism