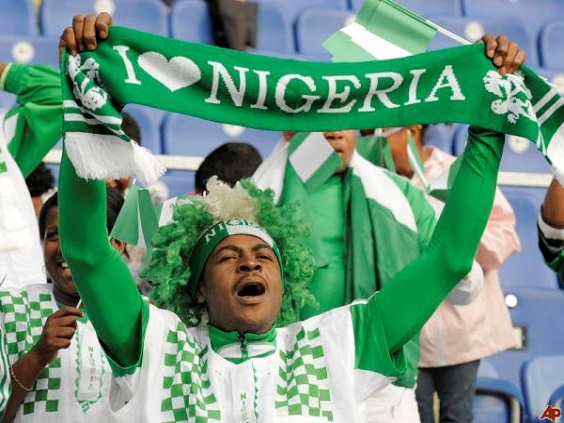 “You’re only Nigerian on your international passport. When you’re in Nigeria you’re either Hausa, Yoruba, Igbo, Nupe, Ijaw, Efik, Ogoni or any of the other 250 ethnic groups before you’re a Nigerian. Our allegiance is to tribe first before country and our greatest undoing is that we know of this reality but pretend it doesn’t exist“.

Some weeks back, there was a report of Boko Haram terrorists attacking the town of Baga in Borno State. The round figure of 2000 was bandied around as the number of people killed (officially disproved) and social media went up in flames—it didn’t take long before it turned political.

Some weeks back, there was a terrorist attack on Charlie Hebdo  (a French satirical weekly newspaper) and 12 people were killed including the editor. The incident sparked worldwide condemnation and also led to the hashtag Je Suis Charlie meaning “I’m Charlie” on social media as individuals showed solidarity and support for freedom of speech and expression. The Charlie Hebdo attack also led to a march in Paris with world leaders from as many as 50 countries leading the line.

Now, there was an event in Anambra State with the theme Ozoemezina,an Igbo statement which means “may it not happen again”. It is an event that was more like commemorating the Civil War and the approximately two million Igbos that died. As usual, social media went up in flames again, this time someone LOL’ed (Laughed out Loud) at a tweet showing solidarity with the Igbos.

The three paragraphs above have no meaning whatsoever when you read them individually or collectively, but at the end of this piece, you’ll see how these three unrelated events scratched the surface of the most avoided topic of the Nigerian State.

When the story of the 2,000 people being killed by Boko Haram surfaced on the Internet, I noticed a pattern. Although most people were saddened that people were killed in the North, I noticed that there was that “I don’t care” attitude by people from the South. As people came upwith tweets like “I’m Baga” to show solidarity, people from the South felt indifferent. This attitude shouldn’t be termed “inhumane” in as much as it may seem. Something brought about this attitude, something triggered it. In the process of asking questions on what should be done tocorrect this attitude, someone brought up the civil war and similar mass killings that had taken place down in other parts of the country.

I was able to deduce something from those few responses. Our hearts are heavy, heavy with anger, resentment and revenge. Ours is a country where nobody or group of people ever apologise for doing something wrong. Ours is a country where we expect people to just “move on”—we expect people to accept the injustice meted out to them in good faith and “move on”. One of the reasons why Nigeria has continued to remainthis divided both ethnically and religiously is because we have failed to forgive those who have hurt us or who we think hurt us. It gets worse when the person or people who have hurt us fail to see anything wrong in what they have done, did or are still doing—it makes forgiveness a Herculean task to carry out. Forgiveness is lacking but other things contribute to this.

You’re only Nigerian when you’re outside the shores of this country.

You’re only Nigerian on your international passport. When you’re in Nigeria you’re either Hausa, Yoruba, Igbo, Nupe, Ijaw, Efik, Ogoni or any of the other 250 ethnic groups before you’re a Nigerian. Our allegiance is to tribe first before country and our greatest undoing is that we know of this reality but pretend it doesn’t exist.

Before Baga there was the civil war, Odi, Gbaramatu, Miss World riot, Sabon Gari, Ogoni and other such mass killings. The only thing differentabout these occurrences save for Baga, Miss World riots and Sabon Gariwas that the rest were committed by the Nigerian State or in collaboration with the Nigerian State.  Our allegiance to ethnicity blinded us when these atrocities were being carried out in different parts of the country. Another mistake we make is being silent when we are not the one at the receiving end of man’s inhumanity to man and Martin Luther King Jr. best described it when he said: “The ultimate tragedy is not the oppression and cruelty by the bad people but the silence over that by the good people.”

The Civil War is a major part of Nigerian history and the fact that it is not taught in our schools or that when it is taught, it is just brushed upon is bad for our existence. It is a thing of shame that we’re trying to sweep a major part of our history under the carpet by choosing not to talk aboutit or teach it to the younger ones who were fortunate enough not to have witnessed it. We should as a matter of urgency begin to teach this subject. We need to tell the horrors of what went down so that history won’t be repeated. We might think we’re doing ourselves a service and

“moving on”, but we should realise that more than half of this country’s population didn’t witness the Civil War and only a handful of them have in-depth knowledge of what transpired during that grim period in our history—not because they were taught, but because they didn’t wait to be taught, they read about it. As George Santayana said: “Those who do not remember the past are condemned to repeat it”

Do not be Hausa before being Nigerian and expect someone else to be Nigerian first before being Igbo. Do not be Ijaw before being Nigerian and expect me to be Nigerian before being Ogoni. We all have crosses tocarry as we move on this road towards attaining true nationhood; and in as much as some crosses might be heavier than others, showing solidarity with one another somehow lightens the load and makes the journey bearable. Showing concern for each other’s plight makes it possible for one to be everything at once…so today, I’m Charlie, I’m Baga, I’m Igbo, I’m Odi, I’m Ogoni and most of all, I’m Nigerian first.

What a Successful Company Blog Says about Your Business

Trouble with the curve: What you need to know about curved TVs