Imperative of an All-Inclusive Internet for Information Age (2) 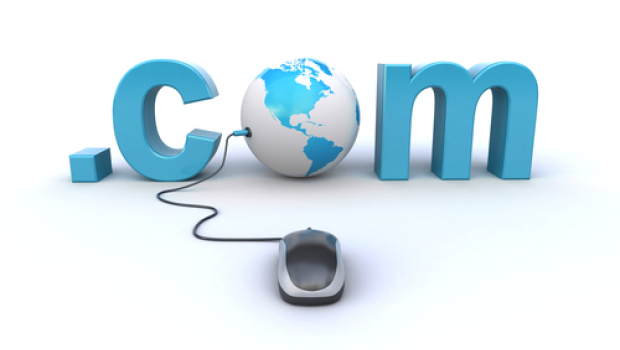 “Programmes for creating awareness on access and use should be carefully constructed to inform the government and citizenry that the current digital divide, like gender inequality, is a violation of the fundamental rights of people. Given that Africa is a relatively youthful continent with more than half of its entire population aged 35 or younger, the present leadership of our political authorities must encourage greater youth participation in the decision-making processes of cyber-related issues for the purpose of inclusion.“

ITERATIVELY, stakeholders should be entitled and enabled to play their assigned roles without interference. This is achievable through the creation of a peer review mechanism that grants any stakeholder the prerogative to assess the performance of another stakeholder. Moreover, incentives should be established for any stakeholder who makes public the bad practices of its peers. This will gradually lead to a symbiotic relationship that will eventually guarantee an open cyber ecosystem at all levels.

Secondly, greater collaboration must be encouraged between operators and manufacturers. Both producers are the source of extensive market research that has generated invaluable information on individual and corporate consumption in the past. Ideally, the sharing of information between these important players will help in identifying patterns and trends which can be used to forecast the needs of the next billion of internet users. This data can be channelled towards the preparation of recommendations which the relevant agencies of the public sector can then work upon. Policies and programmes that liberalise the market while ensuring free competition are strategically sustainable for reducing digital gaps as typified by the Nigerian case study. Before the liberalisation of the Nigerian telecommunications sector in 2001, teledensity for fixed lines was put at a dismal 0.71. Upon deregulation of the sector, that country’s regulatory body―the Nigerian Telecommunication Commission―granted GSM licences to both public and private companies and extended the framework of these licences to include fixed telephony, VSAT and internet five years later.

The result was phenomenal. At the beginning of the second quarter of 2013, teledensity had surged to a record 85.25. Although the mobile revolution has had a significant impact on access to the internet in Africa, it is still at the early stage. In Nigeria and Zimbabwe, internet browsing on the mobile platform accounted for almost two-thirds of web-based traffic in 2012, essentially putting these two countries in the number 1 and 2 spots of global mobile internet browsing respectively. These results show that liberalisation which dismantles monopoly by replacing it with competition does work. The future of the internet is indeed mobile.

Moreover, the contrast in the characteristics of communities (rural and urban) and countries (developed and developing) suggests that dissimilar geographies require well-tailored approaches for universal access and productive use. The methods and materials that worked in North America may not necessarily yield favourable outcomes when adopted for use in West Africa. Therefore, innovative solutions that will adequately address digital gaps must take into account the differences in identities and interests of people and places. Not all rural areas are the same nor needs the same in terms of level of service. The key to achieving success when transferring technologies from one market to another is ‘adaptability.’

Additionally, governments and their regulatory agencies should partner with the private sector to develop domestic variants of foreign technologies that are suitable for use under developing country conditions such as erratic electricity supply and extreme environmental situations. This will stimulate the growth of a domestic industry that will develop home-grown talent for the production of local content. Again, additional tools that solve other indigenous challenges should be incorporated into the development of these hybrid technologies. The introduction of hardy feature phones with torchlight capabilities by Nokia into the Nigerian market boosted demand for mobile telephony among low-income earners. The marginal benefits which the lighting feature of the device afforded users contributed to their widespread popularity. What is more, access rights should be championed by the civil society as a human rights priority.

Programmes for creating awareness on access and use should be carefully constructed to inform the government and citizenry that the current digital divide, like gender inequality, is a violation of the fundamental rights of people. Given that Africa is a relatively youthful continent with more than half of its entire population aged 35 or younger, the present leadership of our political authorities must encourage greater youth participation in the decision-making processes of cyber-related issues for the purpose of inclusion. Another area where attention should be directed is that of sustainable structures. These are solid infrastructure and similar investments that engender an enabling environment for universal access with the ultimate goal of incubating an evolving ecosystem for the productive use of the internet. Installations such as the ground-breaking Square Kilometre Array fall under this categorisation. The SKA is a multilateral project that is building radio telescopes across international borders. It is being developed in phases by a global consortium of countries and corporations towards a better understanding of the origin and evolution of the universe. With central stations in South Africa and Australia, the SKA venture will also operate outstations in eight partner African countries. The implication of this synergy is reassuringly overarching.

Hopefully, the project will greatly build the structural and functional capacities of many African countries. It will achieve this by replacing out-dated information and communication technologies with new innovative ones especially those which favour an increase in internet traffic within Africa and beyond. SKA telescopes will be used to generate big data that will be processed and stored in super-servers. Again, the enormous scale of the venture is already generating discussions within the international scientific community. In fact, the developers have started educational programmes that assist students and academics to gain core competencies in SKA-related fields. Furthermore, the project will encourage intellectual exchange among the countries of the global South and the global North. The consequence of this synergy includes, but is not limited to, the diffusion of ideas and innovations which can be leveraged to resolve the overwhelming negative intricacies of the digital divide.

The overriding thrust of this essay is the push for an encompassing approach to solving the challenges of digital gaps through sustainable solutions that are capable of dissolving the gulf between the e-haves and the e-have-nots in the shortest possible time.

3 Ways To Find Your Business Purpose