Is Apple Really Making A Car? Here’s What We Know So Far 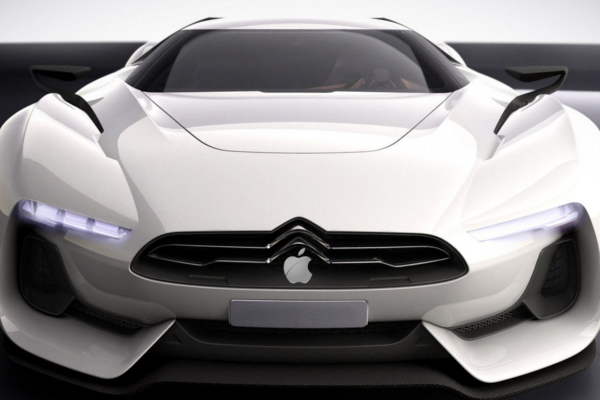 If Google can make a car, why not Apple?

While the iPhone maker has issued no official statements on a possible car — and declined to comment, reports have circulated in recent weeks that strongly suggest it’s happening. Very strongly.

• A123 Systems, a company that makes electric car batteries, is suing Apple for poaching its employees.

• On Thursday, 9to5Mac, a well-known Apple news website, revealed what it said was a team of new hires at the Cupertino tech giant. Most have a strong automotive background, and several were engineers from Tesla Motors, the electric car company run by Elon Musk.

• The Wall Street Journal reported last week that Apple has “several hundred employees working secretly” on an electric vehicle. According to the Journal’s sources, the project is codenamed “Titan” and looks like a minivan.

• Business Insider noted that the Apple Watch will be able to control Tesla cars. Though Apple didn’t create the app that makes this possible, it’s a hint at the potential ways Apple technology could work with other vehicles.

• Earlier in February, Patently Apple reported that the company was granted a patent for technology allowing iPhones to unlock and start a car.

• As Patently Apple noted, Apple’s head of mergers and acquisitions, Adrian Perica,met with Musk in 2013. Musk told Bloomberg in early 2014 that selling Tesla was “unlikely,” though he wouldn’t exactly say what was discussed in the meeting with Apple. When Bloomberg’s Betty Liu asked how he would respond if Apple said it wanted to make electric cars, Musk replied, “I would say I think it’s a great idea.”

To be fair, reports and rumor are far from confirmation that Apple is working on a car. As WSJ pointed out in its article, the company often builds prototypes for products that are never released, and the components in an electric car could be incorporated into other gadgets.

In addition, Apple files many patents for innovations that ultimately aren’t used in consumer products.

Still, it’s not hard to believe the company is hoping to conquer the highways one day. Tech rivals like Google and Nokia already have a head start on that.

Before the engines start revving, though, Apple’s got another launch on its plate: The Apple Watch hits stores this April.

5 Life Lessons You Can Learn From Marathon Running