Is It the Right Time to Raise Your Prices? 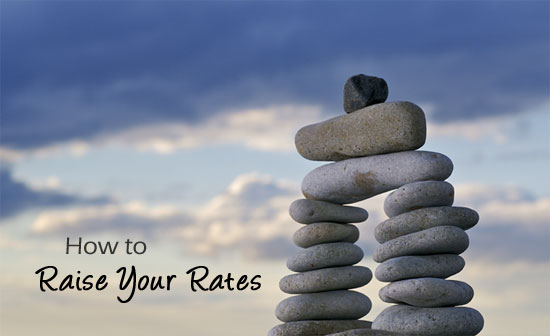 “Raising prices is one of the most difficult aspects of selling that business owners have to address. If you raise your prices too much, you risk losing many customers, and as a result, those higher prices actually wind up costing you money through lost revenues. But if you don’t raise your prices enough, you run the risk of squeezing your profit margins so thin that any unexpected expense could lead to losses or business failure.“

Healthy profit margins are one of the best indicators of long-term business success. As an investor, I’d much rather take my chances on a company with 25 percent profit margins versus one with 3 percent, because that additional profit percentage means more cash that can be reinvested for growth or used to fix mistakes. For example, over the past six years, U.S. companies have seen their profit margins squeezed because of inflation. Usually when we talk about inflation, it’s consumers who are feeling the negative effects. But lately businesses are the ones to feel the pain.

Inflation doesn’t increase the cost of everything in our economy at the same rate. There are different measures of inflation that vary greatly depending on who is paying and what they are buying. When we talk about consumers buying goods and services, the Consumer Price Index (CPI) is the accepted standard of measure. CPI measures the rate at which retailers increase their prices. This is published monthly by the Bureau of Labor Statistics.

When we’re talking about those retailers buying products and services they resell from manufacturers and other producers, the rate of inflation they pay is known as the Producer Price Index (PPI). This basically measures the change in the prices that retailers need to pay.

In a perfectly logical and reasonable world, the CPI and the PPI would have a direct relationship. If the PPI increases by 1 percent, which would mean that retailers are paying more, then the CPI would increase by 1 percent, which would mean that stores increased their prices just enough to offset their cost increases. Historically though, this isn’t the case. Many studies like this one show that the CPI and PPI don’t have that type of direct relationship.

Since 2008, the general trend has been that the PPI has increased at a rate higher than the increase in the CPI. The bottom line is that business owners have been paying more for inventory without raising prices at the same rate. They are absorbing part or all of these cost increases because they fear consumers would stop buying if they raised prices sufficiently to cover their higher costs.

Raising prices is one of the most difficult aspects of selling that business owners have to address. If you raise your prices too much, you risk losing many customers, and as a result, those higher prices actually wind up costing you money through lost revenues. But if you don’t raise your prices enough, you run the risk of squeezing your profit margins so thin that any unexpected expense could lead to losses or business failure.

How do you navigate the murky waters of price increases? Unfortunately, there isn’t a single, proven universal formula that can be applied to all businesses. You need to use your intuition to assess your customers’ price sensitivity, and also be able to detect the signals that the time is right to increase prices. What kinds of signs should you look for?

See what are the big boys are doing. During the past several months several large, prominent companies like Netflix and Chipotle have announced price increases to offset cost increases. Large companies have significant resources allocated to pricing research and economic analysis. If they feel it’s a good time to raise prices to offset cost increases, then you should also consider doing so. Take a look at what large players in your industry are doing in this regard.

Follow the economic news. If consumers feel wealthier, they will spend more. You can count on that trend. Start following news headlines on changes in wages, unemployment rates, housing prices and consumer lending. If these start pointing in a positive direction, it might also be a good time to start passing along rising costs to your customers.

‘Nigeria, the giant of Africa’: A title we must renounce

How To Be A Super-Achiever: The 10 Qualities That Matter

Job Seekers: No, The Interview Thank You Note Is Not Dead