Jonathan and Richest African Presidents’ List: To Whom it May Concern 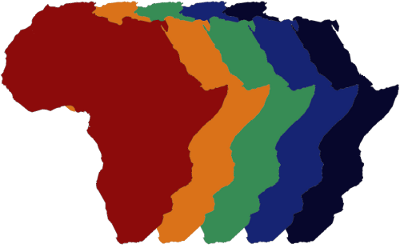 “But frankly speaking, where these guys are coming from shouldn’t – and doesn’t – appear far-fetched, for those who could read between the lines. This is Africa! A glance at the 10 Heads of Sovereign on that infamous list shows – maybe with the exception of Jonathan and Kenya’s Uhuru Kenyatta – a club struggling under the influence of one common ailment called sit-tightism! It might interest readers of this brief essay to know that Biya, Dos Santos, and Mbasogo have altogether stayed in power for 100years“.

An attempt to add yet another feather to President Goodluck Jonathan’s already heavily ornamented hat was resoundingly rejected last week.

There was a sudden buzz in the cybersphere when his name was sandwiched among the richest States’ leaders on the continent. But Mr. President rejected the honour he would have shared with the likes of Cameroon’s Paul Biya, Jose Eduardo Dos Santos of Angola, Equitoria Guinea’s Teodoro Obiang Nguema Mbasogo, Idriss Deby of Chad etc.

Not only did the Presidency frown at the revelation as publicized by Richestlifestyle.com; his media aide, Reuben Abati, went further to threaten the online portal with litigation for what he described as “another attempt to unjustifiably portray the President as a corrupt leader and incite public disaffection against him.”

The 100% consensus in Aso-Rock must have followed a certain cliche of ‘our enemies are at work again.’

And voila, how magical the threat turned out to be. Our faceless friends behind the website – in crude exhibition of cold cowardice fused with guilt – quickly erased the information; though without issuing a corrigendum, as demanded by Abati. However, we’ve been told that Richestlifestyle.com only ‘lifted’ the story from another source identified in some reports as CelebrityNetWorth.com, which has on its own refused to excuse Jonathan in its conclusion that his stands as sixth richest Head of State in Africa, tied alongside popular Swaziland monarch, King Mswathi III – both with an estimated wealth base of $100million (N16billion) each.

Therefore, the president’s attorney might still have a date in court with some dudes at some point. We desperately await that to unfold.

But frankly speaking, where these guys are coming from shouldn’t – and doesn’t – appear far-fetched, for those who could read between the lines. This is Africa! A glance at the 10 Heads of Sovereign on that infamous list shows – maybe with the exception of Jonathan and Kenya’s Uhuru Kenyatta – a club struggling under the influence of one common ailment called sit-tightism! It might interest readers of this brief essay to know that Biya, Dos Santos, and Mbasogo have altogether stayed in power for 100years.

Casting outright aspersion on the controversial revelation of African richest presidents seems the easiest thing to do right now. One might – as well – decide to accuse the message conveners of undue selectivity. Why not author similar exposé detailing the wealth value of – let’s say – the British or Saudi monarchy? Must the black man always come under scrutiny from the imperialistic media of the North? bla bla bla. Yet, that would only drift the argument towards an easy doldrum while turning blind eye on the core verse of the issue at hand.

That Africa’s greatest mare’s nest lies in leadership insolvency is clearly incontestable, accounting for the motivation which birthed this provocative assets auditing in the first place. This is a continent where a Mobutu Seseseko made his own people endure 32years of poverty, disease, intra cum inter-boundary military conflicts; leaving them in penury while his nuclear family emerged proud custodians of $6billion in assets. Ordinary Egyptians walking the streets of Cairo and Alexandria will accede less that notwithstanding the unending legal battles of ex-president Hosni Mubarak, his immediate family retains its status as perhaps the richest in the land of the Pharaohs.

Unfortunately, the system in Nigeria seems no less different from elsewhere in Africa. In contrary however, the majority belongs to the school of thought that believes that you need not stay in power for a decade to amass foreign currency deposits in 9-digit status. The political culture here is unfortunately riddled with loopholes which allow space for unimpeded overdraft of impunity. For all the noise about the Economic and Financial Crimes Commission (EFCC), the country’s biggest testimony of anti-corruption crusade since 2003 is the conviction of ex-governor James Ibori who was alleged to have siphoned $500million – being half of the total revenues generated during his eight-year tenure in Asaba. Regrettably, he was convicted by foreign courts, thus reducing the EFCC to mere mentioning in Dubai and London courtrooms.

Some of the richest politicians in the country today are known to have ‘served’ as state governors in recent past. Many of them apparently carry the cross of being called ‘corrupt’ but the EFCC has remained evidently handicapped in meeting such political ‘Shina Rambos’ with justice. Where else in the world can one justify the ruse christened ‘plea bargaining’ in corruption cases involving political Oligarchs if not Nigeria!

Thereof, before heading to court, there is a piece of admonition which may come handy for President Jonathan: it is pivotal to remove certain ambiguities on our path. Although the 1999 Constitution (as amended) provides for declaration of assets by public office holders in Nigeria; however the existence of acaveat subjecting that provision to individuals’ voluntary discretion or volition presents politicians with a welcome discrepancy which ultimately translates into a ready escape route from probity.

By the records, since the assets declaration was inculcated into Nigeria’s law books in 1979, only the late president Umaru Musa Yar’adua had been bold enough to submit his personal wealth to public knowledge upon assumption of office in May 2007. This virtue should preferably be absorbed by Jonathan in order to put an end to this unfounded estimation of his actual worth in Naira and Kobo. This might go some extent in re-engineering the lacunae which makes Nigerians unaware of the basic remunerations of political office holders in the country, Mr. President inclusive.

Until when this is done, it will be enormously laborious to suddenly develop an obloquy-proof stance to badinage from the public, especially when one answers as Landlord in Abuja whereas the house matriarch – at the same time – enjoys being a Perm-Sec somewhere in the Delta.

My final word to whoever is concerned: let’s kindly, set the record straight.

Why Meaningful Collaboration Is Crucial To Success Business

The Three Stages Of Enterprise Mobility