National integration: A common sense approach to bridging the gap (1) 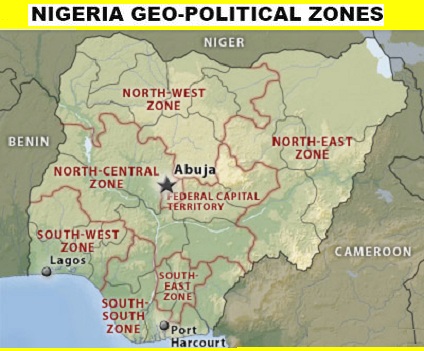 “Minsky may have been speaking on how he applies the most fundamental principle of his area of discipline to excel, but the relevance of his words to our political history is nothing short of a marvel. His words summarise attempts we have made as a nation to create a federal state considered fair to all. Over the course of our existence, we have had a fair share of integration talks and formulas all aimed at keeping us a single, assured entity“.

HISTORICAL events have shown how cultural diversity often proves to be an adversity and a cog in the wheel of development of a society’s population.

Such was the case in the Biblical story of the men who attempted to construct the tower at Babel, so they could reach the highest places of the universe. It took the introduction of a differentiator, in this case, a potpourri of confusing languages to stop the construction of the tower and disrupt this grand plan; and hence mankind lost its homogeneity.

Today, the world is much more convoluted; home to 196 countries, over 6000 languages and has seen more than twice as many cultures since that homogenous group fell apart.

Nigeria, my country of birth, is one of such diversely populated countries. Its territorial outlay spanning from the northern borders of the Sahara, to the southern Atlantic, comprises over 250 ethnic groups and 500 languages, which makes us one of most heterogeneous populations on earth today. As expected, we have had our fair share of tensions and conflicts, thanks to the very same diversity.

However, in our earliest years of existence; post-amalgamation but pre-independence, we presented a fairly united front. With the hugely contrasting Northern and Southern Protectorates merged into one geographical entity by the British for ease of administration, the common strand that held us together as a people turned out to be our struggle for independence.

That era threw up names of nationalists like Sir Herbert Macaulay, Dr Nnamdi Azikwe, Chief Obafemi Awolowo, Chief Anthony Enahoro, Aminu Kano, Sir Abubakar Tafawa Balewa and Ahmadu Bello, amongst others; all of whom explored different mediums and methods towards actualising the independence cause. The Action Group (AG), Northern People Congress (NPC), and the National Congress for Nigeria and the Cameroun’s (NCNC) were different organisational vehicles through which these national heroes fought for the common goal of attaining independence.

Then, post-independence, our new-found status brought to light new tensions. Britain was said to have deliberately left power in the hands of the North to spite the more vocal South. The first military coup attempted to upstage that arrangement only ended up dovetailing into a war situation; one that hurt us deeply, but in the end left us stronger as a people than it met us.

The civil war, however, still represents a dark spot in our chequered history. Apart from setting us back on infrastructure and development levels, it left us with vestiges of distrust especially among the major ethnic groups, with allegations of exploitation, marginalisation, and exclusion becoming a recurring decimal till date.

It has to be admitted. The struggle to unite this nation for the good of its citizenry is still on-going and has been made even more herculean by our multicultural state, divergent ethnicity, socio-cultural, and religious differences, economic inequalities, and personal political interests among the elite.

The reality is that a nation with such astounding diversity, which has seen such conflicts as we have, should never expect a smooth sail engaging all of its people and regions to ensure a united consensus, especially when it is the type that democracy demands.

I find it amazing, also not far from amusing, that the words of Marvin Minsky, a scientist, whose contribution and ground breaking achievements in the field of robotics earned him the title, father of artificial intelligence, coincidentally but aptly describes our national situation.

Minsky may have been speaking on how he applies the most fundamental principle of his area of discipline to excel, but the relevance of his words to our political history is nothing short of a marvel. His words summarise attempts we have made as a nation to create a federal state considered fair to all. Over the course of our existence, we have had a fair share of integration talks and formulas all aimed at keeping us a single, assured entity.

One very crucial attempt was the Aburi accord. Presided over by then Ghanaian leader, General Joseph Ankrah, Aburi was symbolic in the sense that after a motley of deadlocked meetings between the negotiating parties, there finally appeared to be an agreement.  The rest of Nigeria had entered a pact with the Eastern region to address grouses of marginalisation and unjustifiable killing of officers and civilians from the region in response to the military coup that ousted Sir Tafawa Balewa’s government. Whether all the parties involved came to the negotiation table seeking a sincere resolution is a topic to debate some other time. The Aburi Accord failed due to the difference in its interpretation by both sides and eventually ushered in the bloodletting of the war.

Following the war also, the decision by then Nigerian Head of State, General Yakubu Gowon, to declare a no victor, no vanquished outcome further underlined the need for national integration for the progress of our country.

Initiatives like the National Youth Service scheme and federal character principle which were introduced to unify the nation came with their flaws. The hugely controversial resource control topic also continues to generate heated debates perennially. Freshly thrown up at the just-ended national conference, delegates from oil-producing regions have been caught in a crossfire with northern delegates as they advocated an upward review of 13 per cent derivation for oil-producing states, while talks went on at the conference about devolution of power and resources from the centre to the federating units.

Some of these initiatives have, however, posed new challenges to national peace and security, judging by the tensions and conflicts they have left in their wake in recent times. Clearly, initiatives like the National Youth Service and federal character may have been effective at the point of introduction, but their failure to meet the challenges of nation building in recent times should move us to consider swapping them for new ones.

Undertaking my compulsory one year of youth service in the federal capital at a crucial time in our national life exposed me to the inadequacies of both schemes.

Being involved in public service during this period, I witnessed situations where less qualified persons were appointed into positions all in a bid to ensure a balance to the federal quota system. It seemed ridiculous to the point that in some cases the glaring incompetence of the appointee didn’t matter as much as what part of the country he came from.

While answering the call to serve the nation also, my colleagues and I were saddled with the task of electioneering. The 2011 elections came and went, but some of these colleagues of mine didn’t live to tell their stories. They paid the ultimate sacrifice in the post-election violence that broke out in the North.

The violence in the North has graduated into full scale terrorism with the major perpetrators, Boko Haram gaining more prominence since the beginning of President Jonathan’s administration.

There has been allegation of deliberate acts of sabotage by some self-centred elites and usurpers of power from the north bent on disrupting the current administration and rendering the country ungovernable. This has drawn the ire of activists, kinsmen and associates of President Jonathan from the South, who have been quick to respond with venomous threats to frustrate any action by the North to wrest power from them through such means, stating clearly that this is ‘their time’. Some have even gone ahead to dare the President to consider not contesting in the coming elections.

So, as 2015 gradually approaches, the battle for the soul of our dear country rages on two fronts. While citizens pray, wait and hope the government they elected into power succeeds in its quest to wrest power from toxic initiators of violence; and restore status quo, including bringing back our abducted Chibok girls, the race to determine who leads us beyond 2015 also heats up.

The media landscape has been filled with reports of movements and realignment among individuals, parties and political groups. Not to forget the biggest of all political mergers in recent times – leading to the emergence of the All Progressives Congress (APC) – the largest opposition platform in recent times.

While all of such realignments and alliances have been done in the name of the people, but with more specific objectives in mind, as is always the case on this side of the divide, the back and forth movements, accusations and propaganda only prove the primary motive behind most of these to be personal interests, allegiance to geo-political inclinations and in some cases, both.

What’s most baffling for me, however, is the fact that just like old times, our politicians seem bent on towing the same line of power rotation, quota system and zoning arrangements in events leading up to 2015.

• Oshagbemi, a banker and strategic communicator, is a firm believer in what he loves to call the Nigerian dream.