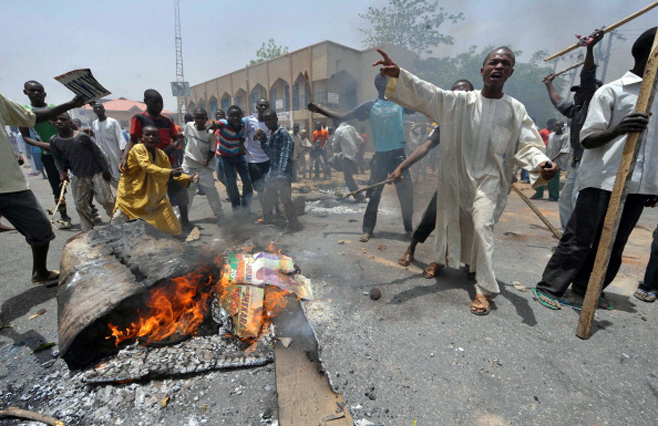 “With the current postulations of possible electoral outcome, the odds favours the President as the Nigeria voting pattern is more ruralist than cosmopolitan. Unfortunately for the opposition, the rural climes are less concerned about who emerges president as their major concern is limited to the local and state politics hence the party with the most ubiquitous structure in a particular state wins such state no matter who is flagging its presidential flag“.

In a few months time, Africa most populous nation, Nigeria will be heading to the polls to elect its political representatives in an electoral exercise  that has been predicted to be the fiercest yet political battle in the history of the country and a great decider to the unity and continuous existence of the 1914 amalgam and by extension the stability of Africa as a whole.

For a country that has witnessed decades of military misrule and dictatorial governments, there is a resounding appeal to ensure the continuous play of democracy and political stability. Like every other country, Nigeria is faced with its own challenges. The slippery war against terrorism, where the dreaded Boko Haram group has continuously held the country to ransom with tonnes of atrocities among which are the numerous genocides that is claiming thousands of helpless and vulnerable lives. The unabating kidnappings especially that of over 200 girls of Chibok Secondary School and the unending massacre of many others on a nearly daily basis has become a major source of concern to residents of the country and even the world at large.

The current political play in the country towards the 2015 general election points clearly towards doomsday. The country is currently divided along partisan class laced around religion and ethnicity. While majority of distance analysts simply see the current brouhaha as normalcy in the build up to the election, experiences of the immediate past points otherwise.

In 2011, shortly after the presidential election which saw Mr. Goodluck Jonathan emerged president, a devastating turmoil broke out in major states and cities in the Northern part of Nigeria. Many who had analysed the scenario saw it as the uprising of some individuals against the failure of their preferred candidate to emerge victorious but far away from this assumption, the violence that greeted the 2011 election was bitterness and hatred concoctioned in betrayal. As against the widely reported news then, the violence was nothing other than a civil war. For individuals like myself who was caught between the flames and brimstone it wasn’t just about loosing an election but the outpouring of decades of suppressed hatred, intolerance and ethnicity. Individuals who were lynched and house razed weren’t done because of the differences in voting, it was a direct attack on non Muslims and non Northerners alike.  Many who had lived in the North all their lives and even voted for the Northern candidate fell victim of this rage and innocent youth corps members’ ( who were seen as strangers to the land) were brutally declared persona non grata.

I say this because the current political situation in the country is heading towards 2011 and maybe much more dreadful. The major opposition party called the All Progressive Congress (APC) is hell bent on taking over the country’s affairs in 2015 while the ruling Peoples Democratic Party (PDP) which has been in power for over 16 years has sworn not to let go.

But morality of the parties is nothing to lose sleep over. The greater threats are the candidates both are likely to put forward. President Jonathan sees a failed reelection as a shame and insult to his family and his region as a whole. His kinsmen from the Niger Delta feels the same and the unguarded statements from top ‘ex’ militants from the region (who seems to have an expansive arsenal) points clearly that they would give everything to hold on to power. The opponent on the other hand, retired general Buhari is a well respected man who enjoys a wide range of appeal across the country (except for his perceived rigid mono-religious believe) and commands an assembly of radical and unruly followers majorly Northern youths who are determined to ensure he emerge president or they die trying.

With the current postulations of possible electoral outcome, the odds favours the President as the Nigeria voting pattern is more ruralist than cosmopolitan. Unfortunately for the opposition, the rural climes are less concerned about who emerges president as their major concern is limited to the local and state politics hence the party with the most ubiquitous structure in a particular state wins such state no matter who is flagging its presidential flag. If Mr. Jonathan emerged victorious ‘the baboon’ may likely be ‘soaked in blood’.

Far from the rumoured analysis of the Central Intelligence Agency (CIA) of the possible breakaway of Nigeria in 2015, the response to another defeat of General Buhari in 2015 will be nothing short of catastrophic especially at a time when more weapons and IEDs seems to have gained access to the North coupled with a psychological frame mind of war that has engulfed the region as a result of the unending insurgency.

To say Africa will not share in this if Nigeria burns is underplaying the obvious. For a country of over 160,000,000 people the number of possible displaced persons seeking refuge will overwhelm the whole of Africa. Nigeria being a center piece of Africa’s unity will cause greater instability to other regions and creates a vibe of fear and a volcanic economic crisis.

Suggesting that the 2015 election be postponed will amount to only shifting the danger. 2015 deserves to hold, the people deserves to choose their leaders. A possible way to avert the looming war is having the President stepdown from the presidential race in the interest and unity of Nigeria but this will be asking too much of a man the world has already tagged weak and indecisive. Another way out is appealing to the opposition party to chose another candidate other than Buhari whose defeat may send the country into flames but for a party that has given everything to become where and what it is today, such plea will appear selfish.

While the world awaits the coming tsunami, the electoral commission and indeed concerned world leaders should ensure that the parties and candidates sign an undertaken to take full responsibility of any uprising that might ensure after the election, such document shouldn’t be localised but better signed at Hague.

Nigerians should be made to understand that killing fellow citizens in the disguise of political persuation is nothing but murder and such can never be justified. Politicians are never worth dying or killing for, as those who declare war most often never lead.

When Women Mentor Too Much

Is Apple Working On A ‘Phablet’?

Apply for Commonwealth Scholarship for Master’s and PhD study 2017