Nigerian banks and the rest of us (1) 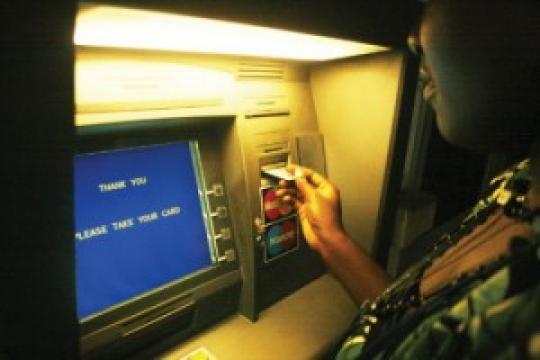 “I was billed N740, N432 and N572 respectively for alerts in those same months. The most annoying thing about the alerts is that you may and indeed often receive the same alerts twice…and get billed for both! It also happens that you pay even where the notification is due to ATM machine error, say in dispensing cash. Sometimes you are unable to receive your cash, but you are billed, alerted and charged and when it corrects itself and reverts, you are also alerted and charged!“

I READ Simbo Olorunfemi’s piece, ‘Banking in an Ocean of Poverty’, (The Guardian back-page Thursday, July 31, 2014), with keen interest and not a little fulfilment. I had actually been hoping for contributions from fellow Nigerians to serve as notice to the new CBN governor of where the shoe pinches the ordinary Nigerians who willy-nilly have to use our banks on a daily basis. He needs to know exactly where to beam his searchlight if he actually hopes to achieve one of the key objectives which he reportedly claimed on assumption of office, to wit, ‘promote inclusive banking’. I take this to mean bringing as many “unbanked Nigerians” as possible into using the myriad of services being offered by our banks. If this is to be achieved, the CBN governor must take a critical look at the issues raised in Simbo’s piece.

The move toward ‘cashless banking’ started by his predecessor, while obviously the way to go, must take due cognisance of the basic literacy level of most Nigerians and the ease with which they could utilise the internet and other I.C.T platforms for their bank transactions. While the government and the I.T. community can help raise basic literacy levels among the populace and come up with gadgets and programmes that not-so-literate people of average intelligence can use, the bank themselves must not do anything that can discourage Nigerians from patronising banking services. In other words, the banks should not ‘debank’ the already ‘banked’ population, through policies and measures that alienate rather than accommodate, that discourage rather than encourage people to use the banks. And that is why I find the piece by Simbo rather quite timely.

Taking off on the same theme, the CBN Governor should know that the unrelenting haemorrhage of bank customer/depositors’ funds through a myriad of bank charges and unsolicited/unwarranted text messages is serious enough to warrant his immediate attention. One can only appreciate this by just going through the monthly statement of an average depositor who has occasion to use ATM or other internet platforms to conduct banking transactions, including the occasional forex transfer. I just browsed through mine for the months of May, June and July and I was totally discouraged. For every NIBSS or NEFT transfer, I had to pay N105 commission and another N5.25 again as commission. This is for every single transfer, even for as low as N5000!

For some of us in Abuja that took the CBN advice to try and go cashless even before it became mandatory here, we are discovering, regretfully, how going cashless actually makes you cashless! On top of each transactional commission, we are still charged COT and VAT at the end of each month. Using myself as example, all these tallied up to N21, 129.75, N12, 997.30 and N8, 851.26 respectively in May, June and July! These did not factor in text messages. I was billed N740, N432 and N572 respectively for alerts in those same months. The most annoying thing about the alerts is that you may and indeed often receive the same alerts twice…and get billed for both! It also happens that you pay even where the notification is due to ATM machine error, say in dispensing cash. Sometimes you are unable to receive your cash, but you are billed, alerted and charged and when it corrects itself and reverts, you are also alerted and charged!

Many of us do not pay much attention to the spiralling cost of these alerts, but they represent a huge goldmine to banks and the I.T./phone networks that operate them. A bank officer friend told me a while ago how surprised they were to note that in just one year of these phone alerts to customers, his bank made a little over N1 billion! So one can see the basis for all these incessant text messages that we keep having, most of which come unsolicited and for which your phone credit or bank account are charged. When I added up the monthly SMS charges to the commissions, COT, VAT etc, I began to appreciate the full weight of the financial burden the average Nigerian bank customer has to bear, in going cashlite. If you noticed the downward trend in my monthly charges, it was due to a deliberate effort to cut down on my banking transactions, once I realised and I started exploring other less expensive options of sending money to people. But that is exactly the crux of the matter. Many whose accounts haemorrhage in this fashion would also cut down on bank transactions and start thinking of cheaper alternatives, but how does that help the CBN achieve it banking inclusion goal?

Still on the charges, for every outward forex transfer, you are billed N4,000 as on-shore swift charges, regardless of the amount. There are also two off-shore charges – a standard $25 per transfer and another one that varies with amount transferred. When you use your Nairacard (MasterCard or VISA) outside of the country at the ATM, you are charged N1,000 for each transaction, labelled as “impersonal ledgers” and another VAT, which in my statement, I read as, ‘VAT tercard’!…whatever that means! It is like the banks are really out to discourage us spending the money we lodge in our accounts with them or pay through the nose doing so.

My major concerns about Ekiti Polls – Governor Fashola voices out

6 Ways To Immediately Get Noticed At Work Without Self-Promotion

Achebe A Celebrated Storyteller, But No Father Of African Literature, Says Soyinka