Nigeria’s Health Sector Maladministration and the way out (2) 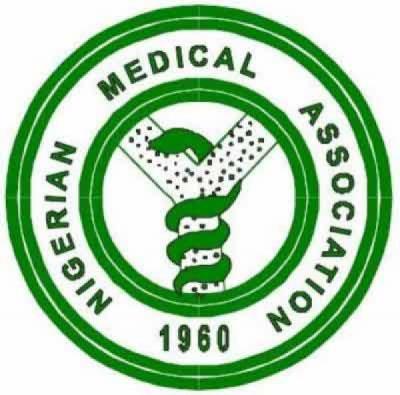 “Even at that, in a more decent clime, patient treatment operates on the dynamics of interdisciplinary relationship involving all hands in patient care ranging from the doctor who does the diagnosis/ makes the prescription, the nurse who takes the vital signs and cares for those on admission; the pharmacist that decodes the mystery of prescribed drugs and explains their usage, the medical laboratory person who periscopes hidden reasons for identified ailments, the physiotherapist who massages dislocated joints and other auxiliary but no less important health care providers“.

THAT the Nigerian at large is momentarily caught in an apparently web of intrigues in hospital maladministration is restating the obvious – either as a patient, client or stakeholder – in one form or another; for there is hardly any provision or conducive atmosphere made for service excellence to strive. It is like reliving, in a more agonising way, the era that heralded the military impostors in the early 1980s in Nigeria when the hospitals were said to be mere consulting clinics.

However, except one suffers from self-delusion or playing the ostrich; it is essentially the medical doctor that holds sway in a hospital environment and it is still the same scalpel-and-sphygmomanometer-bearing fellow that the patient seeks when on call to the sick bay. Perhaps it is because of this alleged horse-riding that makes other health professionals and workers to accuse the medical league of disdainful disposition while the doctors in response charge their expected ’fellow colleagues’ in patient treatment of compounded complexities top of which is; once on top then always on top. In reality, how both camps are wrong in their error of judgment because their interlocking career(s) behoove collaborative mutuality.

Even at that, in a more decent clime, patient treatment operates on the dynamics of interdisciplinary relationship involving all hands in patient care ranging from the doctor who does the diagnosis/ makes the prescription, the nurse who takes the vital signs and cares for those on admission; the pharmacist that decodes the mystery of prescribed drugs and explains their usage, the medical laboratory person who periscopes hidden reasons for identified ailments, the physiotherapist who massages dislocated joints and other auxiliary but no less important health care providers.

Supposedly standing at an observatory point is the core, career-driven administrator who ought to provide supervisory role for all portions of the hospital setting both in manpower and material resources and with a prevailing proviso that the first and ultimate reason the hospital exists is because of patients’ care and service excellence. As a matter of fact, it is the extent of thoroughness, diligence, trustworthiness and caliber of seasoned administrators in a peculiar place that reflect its health status. In a setting where the total gamut of administrators characteristically operate on a dictum of appropriateness; a typical head might have to go outside the rule/regulation book to do otherwise to abridge set-standards.

Considering the four main planks of the medical practice (Obstetrics and Gynaecology, Paediatrics, Medicine and Surgery) as well as other medical spheres; the care and life of the patient is expectedly held sacrosanct if only to subscribe to the aptly above-quoted Hippocratic guidelines. On the field of practice, what really obtains is as distant from mere wishes as the eastern pole is from the western point particularly with the late Olikoye Ransome-Kuti’s sponsored legislation of exclusively reserving hospital headship for medical practitioners in the 1990s and since then has needed peace and industrial harmony gone on indefinite leave. As then contended, this was a consequence of how the administrators hitherto entrusted with hospital headship messed up the system putting to jeopardy the idea of sound managerial role-expectation. What then is the way out of the cul-de- sac as the entire system has been made to be festering quite avoidably ever since?

Similarly, the issue of strong and demonstrable leadership can hardly ever be overemphasised. In the face of the present scenario, where contending unions, associations and related trade and professional groups have degenerated to being mere power showman-ships and ego-tripping circuses; some recurring questions require immediate answers such as: Would the nation at large suffer any real damages if the existing workers’ unions/associations suddenly disappear/made to become extinct so long as a conducive, self regulatory system can be put in place where the adequate rights, entitlements and privileges of workers can operate unhindered? With the intractability of unions’ leaders and bleeding and enervating state of the whole system; who is really in charge of the working environment: the disgruntled workers, self-serving union leaders or wearily inept government or seemingly untouchable fifth columnists? Whereas what is urgently needed, just like in other facets of the nation, is this typical leadership that is strong-willed, altruistic, benevolent, visionary and duly accountable/transparent (and any error committed along this new course of rebirth could understandably be exonerated).

Take the case of late President Ronald (06/02/1911-05/06/2004)’s sack of well over 11,000 Air Traffic Controllers in August, 1981 when they embarked on a needless strike. Not did Reagan fire the workers on the work-to-rule disruption; he also de-certificated their union, Professional Air Traffic Controllers’ Organisation, PATCO, (hardly minding that it takes three years to train an air traffic controller) and it was his successor, President Bill Clinton who lifted the ban under a new but lame body, 12 years after!

Also it should be noted that certain criteria are needed, a prior, before anybody, so-called qualified or appointed, ventures to the headship responsibilities of any organisation-either peripheral or metropolitan. Fitting into the office of headship/leadership requires one’s effusive aura/charisma; sense of decency, maturity and trustworthiness. Instead of shadow-boxing or pursuing mere perishables, leaders should engage in enduring legacies that would speak forth their developed minds long after their exit. On the verge of retirement, in June 2001, after eight years of sound administration of a southwestern Nigerian federal health institution, a medical director during one of his valedictory forums quipped that he could advance 10 odd reasons why medical doctors should not be made heads of hospital (one of such was sheer administrative incompetence) and today part of what he bequeathed (to wit; firm discipline and high sense of duty performance) still bear him indelible witness.

In the hallmarks of what makes sound administration tick either in hospitals or other places; the inner core-values of the fellows in the overall command post go the expected mileage and where real men (and women) are in the saddle; appropriateness, equitable allocation/managerial skills of available resources as well as service excellence would be so obvious. In places still assailed by maladministration, all hands have to be on deck so as to ensure that the boat/ship, on an avoidably turbulent voyage, does not ship-wreck at least for the greatest number of the citizens.

• He lives in Akure.