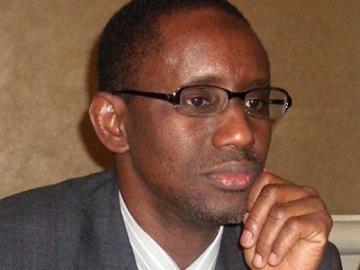 “However, the main thesis of Jega’s essay, which was also made clear from the title, was that the EFCC I headed was something of a gra-gra agency – a body that is peopled with exuberant officers eager to arrest suspects in order to hit the headlines. This is a flawed assessment of it. It is also something that people come to believe, largely on account of the agency’s portrayal in the media. EFCC was, and is, never about arrests. In fact, arrest was just a fraction of the entire work. But because arrest is what makes the news, the myriad of steps and processes we follow before and after arrest are mostly overlooked.“

I read Mahmud Jega’s Daily Trust column a fortnight ago, with the title “Gra-gra versus softly-softly”.  It was composed in his characteristic meticulousness which also touched a nerve that concerns all.  It also involved me, personally. It involved me because the piece was not only about anti-corruption struggle, something I came to be more identified with in the course of my career, but also because I was mentioned, or referenced to, many times in the piece. In the piece, Jega repeated several erroneous notions about my work at the Economic and Financial Crimes Commission (EFCC). But to be fair to him, those insinuations were far from being his concoctions. They have been held for a long time by a section of Nigerians who were largely misinformed about the modus operandi of the EFCC I headed, or about me as a person. I therefore thought it a duty to correct some of the wrong impressions people have about what we did, for the sake of futurity and the reading public.

I must, however, appreciate many of the positive things about our operations and modest achievements at the EFCC highlighted by Jega. Those were things we achieved largely because of our resolve to form a strong and professional agency, from the outset. Strong institutions are at the base of whatever things to come out of a system. This was a major focus for us. There were deliberate steps at capacity building that would prove extremely advantageous for the work we did in the five years I was there. I use “we” because the work was never a one man job. EFCC was beyond Nuhu Ribadu, or any individual for that matter. It was a team work. The patriotism, esprit de corp and professionalism exhibited by the team were the secrets for our successes.

But as I always insist, success of anti-graft efforts is hinged largely at the leadership level, especially the political leadership. We were lucky to have the cooperation of the leadership at the time. To the credit of President Olusegun Obasanjo, he let us do the work even at a time we were going against some elements that were extremely close to him. It is therefore amusing when I hear people these days charge me of “selective justice”. Well, perhaps those charges could be passed as the example of what Wole Soyinka called ” our collective amnesia”. Take a comprehensive list of high profile people EFCC brought to justice, majority of them were people that could be correctly tagged “Obasanjo  boys”. Even though some of them suddenly turn around the moment they found themselves in trouble with the law, as a way of buying public sympathy. Unfortunately, many people don’t strive to stretch the facts to reveal this truth. One largely neglected pillar of our work was the Judiciary and the criminal justice system generally. We had the support of other people in the justice administration chain. Without the will of incorruptible judges and other law enforcement officials, all our modest effort would have come to nought.

However, the main thesis of Jega’s essay, which was also made clear from the title, was that the EFCC I headed was something of a gra-gra agency – a body that is peopled with exuberant officers eager to arrest suspects in order to hit the headlines. This is a flawed assessment of it. It is also something that people come to believe, largely on account of the agency’s portrayal in the media. EFCC was, and is, never about arrests. In fact, arrest was just a fraction of the entire work. But because arrest is what makes the news, the myriad of steps and processes we follow before and after arrest are mostly overlooked.

Every step in administration of a corruption case is carefully outlined and has its rigours and identified procedures. A lot of work would have to be put in from the point of accepting a petition or starting a case, analysing it, identifying the key issues and persons, investigation, sourcing documents, obtaining arrest and search warrants, preparing charges and then arrest. We tried to work on each of the steps in a very meticulous manner. It is a little surprise therefore, that throughout my period there was only one person who took me to court challenging his detention by the EFCC. He also lost the suit. The reason was simple: we followed the law and therefore  had to do our homework before we pick anybody. Similarly, to point to the meticulous nature of what we did, it is in record that the EFCC recorded a world record of over 90 percent convictions on all the cases we prosecuted. I don’t think gra-gra would yield these results.

It is also incorrect to say that EFCC didn’t pursue preventive measures as regards corruption. We fully appreciated the fact that the twin strategy of prevention and sanctioning must always go together in law enforcement in general and fighting corruption in particular. The preventive measures of the EFCC were often overshadowed by the news selling headlines  about arrests but EFCC took a lot of preventive measures. Major ones include the establishment of the Training and Research Institute that has been carrying out studies on corruption prevention in both public and private sectors. The institute is in the lead in training of detectives, public servants, bankers and so many others in Nigeria today. The establishment of Financial Intelligence Unit is one of the most important steps in preventive measures of controlling corruption globally, EFCC has done it for Nigeria. EFCC also worked to establish international networks and linkages, notably with the United Nations, FBI, Metropolitan Police, German BKA, and West African anti-money-laundering group, GIABA, among others.

We also worked closely with many departments of governments, civil society groups, religious organisations and schools, on public enlightenment to stem corruption in the society. EFCC also engaged the National Assembly to amend laws, the judiciary on corruption prevention and justice delivery, the customs, the FIRS, NPA and many states and local governments. In fact, many of the arrests made by EFCC arose out of whistle-blowing efforts through these mechanisms. By the way, arrests and prosecutions are also very powerful tools of preventive measures, because they do send a strong message that one cannot get away with corrupt practice, no matter how highly placed.

The article also mentioned the impeachment of three governors allegedly influenced by the EFCC. I try as much as possible not to be personal by commenting on such cases but the fact that it is suddenly gaining currency, makes it only sensible to clear the misconceptions. The  EFCC did not and could not have impeached any governor or force legislators to do so. It will be unfair to deny the legislators the credit of doing their constitutional responsibilities. The EFCC did its part of the responsibility of investigation and submission of findings to the various State Assemblies all over the nation. Some state assemblies had cause to act on such reports, others did not. But we certainly did not force anyone to take any action. My understanding of events then was that two out of the three former governors got  arrested in London with millions of Pounds. They absconded from justice there and that triggered chain of events that culminated in their lost of political control of their states and thereby resulted in their impeachments. The former governor of Ekiti state had his own local issues. He lost out with the elite of the state, his political party, and other stakeholders. His ordeals had nothing to do with the EFCC. In all the cases, it was obvious that the governors lost out with their political parties and therefore the assembly members were more than willing to act on the thorough investigation reports of the EFCC. The reports were the extent of EFCC’s involvement in those impeachments.

As a proviso, I want to state that all the actions we took while at the EFCC were taken with the purest of intentions and based on available facts before us at the time. But it is understandable that in everything we do as humans, we are bound to be misunderstood. However, fear of being misunderstood should not be an excuse for not moving to salvage our country. As citizens, we all have the civic responsibility of playing our part in healing the country of its myriad of maladies and guiding it to the coast of prosperity.

Workplace Dating: Will It Lead To Marriage Or Unemployment?

Apply for the Commonwealth Medical Fellowships for Doctors and Dentists