Orji Kalu’s Frank Letter To Governor Amaechi: The Unyielding Power Of The Presidency 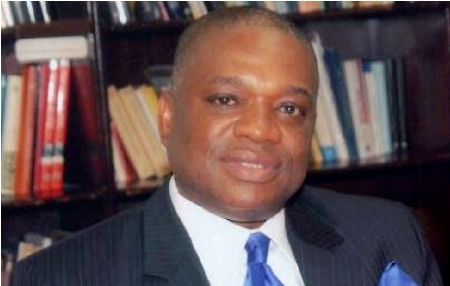 “You had been a councillor in Port Harcourt[correction, mine], Speaker of Rivers State House of Assembly during the tenure of Peter Odili as governor, and now a two-term governor. What else do you want? If it is the will of God you would be vice president or president, nobody can stop you.“

“To Governor Rotimi Chibuike Amaechi, this is the time to wear your thinking cap and beat a retreat fast. There is no need squabbling with the President, because it is a battle you cannot win. The office of the President of Nigeria carries enormous powers, and when these powers are evoked it crushes anybody in its trail. You should not look at the President as a former deputy governor and vice president. Level has changed. He is now the President and Commander-In-Chief of the Armed Forces of the Federal Republic of Nigeria.

He has an unfathomable capacity to make life miserable for you. Forget all the noise your supporters are making: they will desert you the moment you cease to be governor. From the support you have received from the state legislature, members of the National Assembly from your state and other groups, it is certain you are liked and very popular. But that is so long you remain the governor and control tangible financial resources.

Bear in mind that the forces massed against you are formidable..Your priority should be to leave lasting legacies for which generations unborn will remember you. That being the case, you should choose between your personal interest and that of the Rivers State people. They accuse you of harbouring a vice-presidential ambition. Though there is nothing wrong in that. Nonetheless, you should dump that if it makes some people uncomfortable. Think about your future, safety of your family and the welfare of the people of Rivers State who would be collaterally affected should anything untoward happen to you. God forbid! God has been gracious to you – raising you from grass to grace.

You had been a councillor in Port Harcourt[correction, mine], Speaker of Rivers State House of Assembly during the tenure of Peter Odili as governor, and now a two-term governor. What else do you want? If it is the will of God you would be vice president or president, nobody can stop you.

They said you contested for a second term as chairman of NGF against your party’s directive. If that is true, then, it was wrong. So long you remain a PDP governor you must subject yourself to your party’s directive. If you want to do things your own way the proper thing to do is to found your own party or resign from PDP. Your suspension is a prelude to a stiffer action against you, which you may find unpalatable. As your name ‘Chibuike’ (God is my strength) goes, all will be well with you if you hearken to the voice of reason. God will desert you the moment you fail to listen to the small still voice..Now to those that fuel the crisis in Rivers State: You should search your conscience and desist from fomenting trouble. If you love President Jonathan as you openly profess then you have a responsibility to make him succeed.

And one of the ways to attain this objective is to make peace between him and his perceived adversaries. You should, for once, bury your selfishness and work for peace in Rivers State..Let me make it very clear: the crisis in Rivers State will not lead to the victory for either President Jonathan or Governor Amaechi or their teeming supporters; rather it will end up tearing the entire nation apart, because those involved in the fight are too powerful and connected to be ignored, and their tentacles stretch to as far as Damataru and Jigawa in the north, Lagos and Ogbomosho in the west, Abakaliki and Awka in the east, and Calabar and Yenagoa in the in the south. I rest my case and pray God to intervene in his own way.

The Best Lecture I’ve Ever Heard

Jonathan and the BringBackOurGirls protests