President Jonathan, Where is the Ceasefire with Boko Haram? 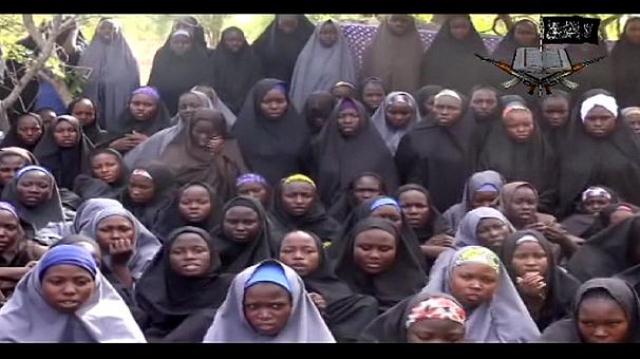 “The most important element of the riddle was that Boko Haram had allegedly agreed to release the Chibok Girls who have stayed six months in captivity. That delighted me as every other Nigerian. Yet, I was as apprehensive as every other person. What if the government had been conned? And too many forces have “invested” heavily and reaped abundantly from the five-year old insurgency!“

LIKE other Nigerians, I was taken by surprise when news broke last week that the Nigerian government had reached a ceasefire agreement with Boko Haram. The announcement was swiftly followed by the Chief of Defence Staff’s directive to all troops to stop engagement with Boko Haram.

It became even more curious when I heard the interview that President Goodluck Jonathan’s Private Secretary and Chief Negotiator, Hassan Tukur, gave to the BBC’s FOCUS ON AFRICA programme. Tukur sounded optimistic that they had achieved a breakthrough, underlining that by saying the people he negotiated with had forewarned about the releases of the hostages freed in Cameroun early last week; therefore the government had no reason to disbelieve their negotiation counterparts.

The most important element of the riddle was that Boko Haram had allegedly agreed to release the Chibok Girls who have stayed six months in captivity. That delighted me as every other Nigerian. Yet, I was as apprehensive as every other person. What if the government had been conned? And too many forces have “invested” heavily and reaped abundantly from the five-year old insurgency!

Twenty four hours later we received a riposte  as Boko Haram elements continued their spates of killings in Borno. To underline the gloom, Borno Elders came out publicly to say that they didn’t believe that the government team negotiated with the right people. As I write these lines, Nigerian soldiers are continuing engagements with Boko Haram, thus putting to naught the ceasefire announced by the Chief of Defense Staff, Alex Barde.

It is also instructive that the Federal Government has continued its “negotiation process”, without involving the governments of Borno and Yobe states. Yet President Jonathan needs to deliver on his ceasefire (or what Adamu Adamu once called “seize” fire, in the different setting of conflict in the Gaza Strip), because inability to achieve freedom for the 219 Chibok Girls, will cast a dangerous political pall on his 2015 re-election campaign. And for President Goodluck Jonathan and his handlers, the most important issue at hand is to hit the campaign trail for 2015.

Yes, the Transformation Ambassadors of Nigeria (TAN), blessed with the ample presence of Anyim Pius Anyim and other Jonathan hangers-on are doing a good job campaigning and keep President Jonathan in  the minds of the Nigerian electorate. The truth however is that the momentum will gather pace if President Jonathan can deliver an effective ceasefire and freedom for the Chibok Girls.

The cynical exploitation of freedom for the Chibok Girls is a central plank of the political agenda of the Goodluck campaign. In the euphoria that is expected to follow such a release, President Jonathan will be painted as the ultimate patriot who got the job done! The prevarications and irresponsible denial following the kidnap of the girls will hopefully have been forgotten, by a Nigeria that seems ever shallow in its ability to recollect or make the necessary interconnectedness in social and political phenomena.

That is why the apparent unraveling of the process that Marshal Alex Barde and Hassan Tukur so effusively announced a week ago, is not very good for the Goodluck Jonathan Campaign. Mister President, what happened to the ceasefire (who “seized” your fire please?) and may you please hasten to #FREEOURGIRLS? This is their sixth month in captivity Mister President, Commander-in-Chief of Nigeria’s Armed Forces, Goodluck Ebele Azikiwe Jonathan. And political time is running out!

3 Reasons You Keep Getting Interviews, But No Offers