Sawyer, Adadevoh and leadership in Nigeria (2) 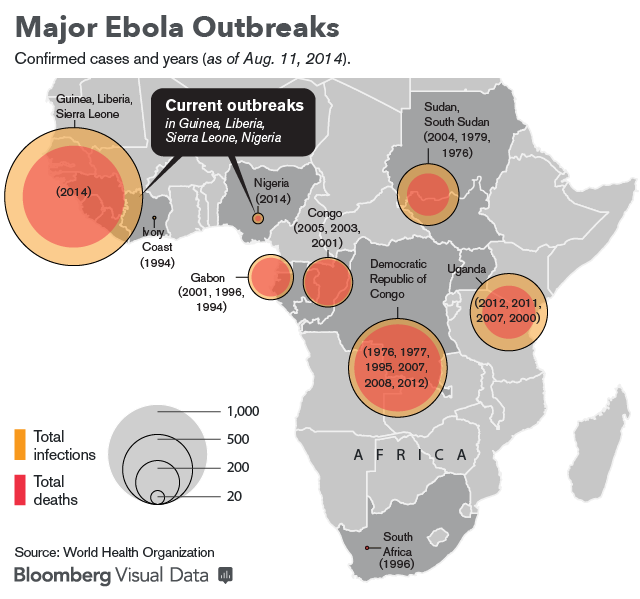 “Many Nigerians are grateful that Sawyer was attended to at First Consultants Medical Centre in Lagos by Dr. Ameyo Adadevoh of blessed memory. As Chukwu told Nigerians, Adadevoh bravely and personally prevented Sawyer from escaping from the hospital despite immense pressure from high official quarters, in the process of which she exposed herself to the EVD infection. We must admit that Adadevoh paid the supreme price to save her compatriots due to official negligence from both Liberian and Nigerian officials. Like Dr. Adadevoh, all other Nigerians who have died and suffered from the Ebola scourge are the result of government negligence and recklessness“.

TO make matters worse, Labaran Maku, Nigeria’s Information minister was quoted to have boasted that Nigeria had procured all relevant medical materials, including vaccines for the treatment of the EVD in the country.     However, typical of government officials in contemporary Nigeria, Chukwu has been consistent in telling Nigerians that no vaccine had been procured for the treatment of the EVD as none existed at that moment. More worrisome is the fact that Chukwu also added that no dose of the trial drug, ZMapp, was used for the celebrated patients who had been discharged from the EVD isolation units in Lagos. In fact, Nigerians do not know whether the people were treated with salt, bitter kola, or whatever. Whither the fight against the Ebola scourge!

Another dimension to the preventive measures against the EVD problem ought to be detailed information about Nigerians living in the three EVD cluster countries of Liberia, Guinea and Sierra-Leone. The reported body of an Ebola victim from Liberia taken for burial in Anambra State of Nigeria heightened fears even though these turned out mercifully to be unfounded. Just when those fears were dying down, another medical doctor was confirmed to have died of the EVD in Port Harcourt, Rivers State. The Port Harcourt doctor’s death was traced to his treatment of an ECOWAS diplomat who had contact with Sawyer. Despite the impending fears, the Nigerian Missions in Liberia, Guinea and Sierra-Leone did not provide Nigerians with any information about the whereabouts of Nigerians in those countries. How many Nigerians in Liberia, Guinea and Sierra-Leone contracted the EVD? Which parts of Nigeria are they from, if any? What is the current situation with such affected Nigerians? Are they quarantined in those countries or did they come to Nigeria for treatment? Has any Nigerian died from the EVD in those affected countries? What happened to the dead, if any? These questions are pertinent because we often pride ourselves that one in every five Black African is a Nigerian.

Many Nigerians are grateful that Sawyer was attended to at First Consultants Medical Centre in Lagos by Dr. Ameyo Adadevoh of blessed memory. As Chukwu told Nigerians, Adadevoh bravely and personally prevented Sawyer from escaping from the hospital despite immense pressure from high official quarters, in the process of which she exposed herself to the EVD infection. We must admit that Adadevoh paid the supreme price to save her compatriots due to official negligence from both Liberian and Nigerian officials. Like Dr. Adadevoh, all other Nigerians who have died and suffered from the Ebola scourge are the result of government negligence and recklessness.

Unlike Africa, the West is confronting Ebola frontally. In the United States, the United Kingdom, Germany and all other countries where Ebola is being treated, the citizenry are fully informed. Extreme measures are being taken to protect healthcare providers and the general public. Public health facilities are being safeguarded. Not so for the Dark Continent! Everything about Ebola is shrouded in secrecy in Nigeria, nay Africa. Nobody knows the full details of the affected persons, either as primary or secondary contacts of Sawyer, fondly called ‘the index case’ by Chukwu and his cohorts.

In order to appropriately resolve the lapses in the Ebola response mechanisms in Nigeria, government must change tactics. First, Adadevoh must be properly honoured by the Federal Government. No honour can be too much for that worthy descendant of the illustrious Herbert Macaulay/Bishop Ajayi-Crowder dynasty. Secondly, adequate compensation must be paid to the families of all those affected by the Ebola epidemic throughout Nigeria. In paying compensation, the government must accept responsibility for failing to protect Nigerians from the avoidable Ebola virus which was kept away from Nigeria for about 40 years, since it was first recorded in Zaire, now Democratic Republic of Congo, in 1976. After paying adequate compensation to the directly affected, the Nigerian government may seek to be indemnified by the Liberian government for negligently granting approval for Sawyer to travel to Nigeria despite the Ebola alert on him by ArcelorMittal Liberia and the Liberian Ministry of Health.

As confirmed by online media reports, Sawyer was under isolation and observation for the deadly Ebola disease when the Liberian government, acting through its Deputy Finance Minister for Fiscal Affairs, Sebastian Muah, cleared him to travel to Nigeria for the ECOWAS convention in Calabar. It was also reported that Muah admitted approving the trip in an online discussion forum, where some Liberian citizens raised questions about his action and competence, and that the Liberian Minister of Information, Lewis Brown, admitted that the Liberian Government knew Sawyer was possibly infected by the Ebola virus before he travelled to Nigeria. In fact, Liberian officials have admitted that Sawyer was advised by the Liberian Chief Medical Officer at the Ministry of Health not to leave the country because he was under observation.

Should the Liberian and Nigerian governments fail to compensate the directly affected persons and families, every Nigerian lawyer must challenge the Sawyer anomaly by taking out lawsuits at the ECOWAS Community Court of Justice and other appropriate judicial tribunals to redress the obvious injustice. If we have ever valued public-interest lawyering, this is the best time to take up the gauntlet. We must rise up with unison and hold government accountable for its failings. That is the least we can do to collectively honour the cause for which Adadevoh laid down her life.

The Creative Benefits Of Split Personalities

How to Perform a Competitive Analysis for Business Expansion