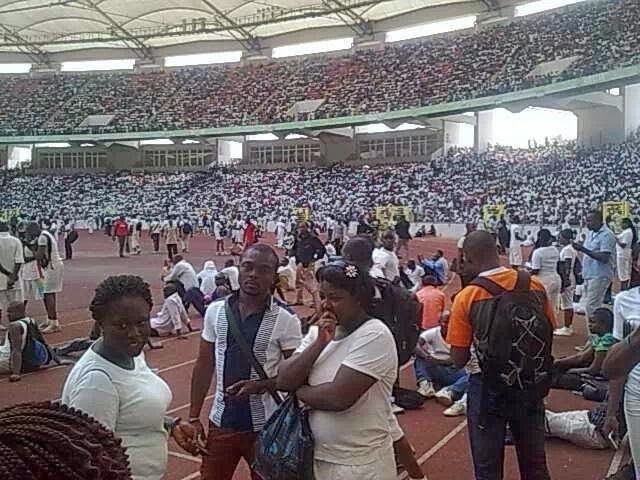 “It is not enough to stand by the sidelines and offer only prayers for our leaders in the hope that this nation would work again and our youths would be magically employed. We must challenge those responsible for job creation: If they would not think creatively as regards measures that would reduce Nigeria’s unemployment burden, we must think for them.“

IT is true that creating jobs anywhere is not an easy task, but given Nigeria’s enormous human capital and mineral resources, fertile farmlands that can support year round farming, very conducive weather and modest technological advancement, the task should be much easier. Add all these to the trillions the Federal Government claims it expends on job creation yearly and it is easy to conclude that a staggering 50 per cent of Nigeria’s 40 million youth should not be without jobs. Unfortunately, the jobless rate in Nigeria keeps rising every year.

You ever imagined why. The answer really is simple: There is a lack of will to create jobs. Take my neighbourhood for example, there are no fewer than two LG stores and about the same number of Samsung stores clustered in a single area.   Can the Federal Government through its Ministry of Trade and Investments not enact policies that will tie the market share of these electronic giants to how many jobs and skill centres they are able to create or build?

Can the Federal Government not say to Samsung; if you want to control 60 per cent of the market share in any state you must build a Samsung skill acquisition centre in the federal university in that state? And train no fewer than 20 air conditioning unit engineers in the centre yearly? What this immediately would do is create at least 100 direct jobs by the construction of such facilities and at least 50 more after such projects are completed. Against 36 states and the FCT, the modest number of 150 jobs would translate to about 6000 jobs.

The Nigeria Labour Congress has largely been a failure and has even abandoned Nigerians sometimes in the middle of a struggle. They have unfortunately resigned themselves to fighting battles like fuel pump price increase only to get a minimal reduction that is still tens of naira higher than its previous price. It is as though the Congress does not realise that its industrial actions or collective bargaining can force the government to create jobs. They quietly sit by and refuse to call the Nigeria Immigration Services to order or threaten appropriate action when expatriate companies do not adhere to the local/international employee quota.

Let’s look to state government actions. Nasarawa State runs a very impressive school feeding programme; the programme has seen students who hawk wares taken off the streets and into the classroom so they can afford daily meals. As commendable as this is, it can also be a means of creating quality jobs and enhancing curriculum. For instance, offer a company such as Indomie the contract of feeding students for a year, only on the condition that it sponsors certain specialty programmes in the school where it caters, equipping labs for example. Or ask it to adopt and sponsor nutrition, hygiene, home economics or even physical and health education subjects. In which case Indomie can even lay claim to promoting health which in itself would be a marketing strategy.

Or companies like MTN. What if, instead of placing ridiculous sanctions on these firms, the National Communications Commission seeks collaboration with them; ask them to train a number of Nigerians yearly in telecommunications engineering or have their licences revoked. Even before you begin to say Nigeria would be hemorrhaging foreign direct investment, consider that Nigeria has the largest market in population and purchasing power terms in Africa, any company that ignores it does so at its own risk.

It is time we took advantage of our population, have it work for us. The government must learn to say to these corporations: If you must sell to our market, you must contribute to building it.

Aliko Dangote for instance, Africa’s richest man who has made most of his money from Nigeria and Africa – is it impossible for him to sponsor 10 young Nigerians yearly to go study engineering in the most developed societies and have them bonded to return to Nigeria and work for a minimum of two years with his factories here? Imagine if he does this with his various business interests in sugar, flour, petroleum, farming, hospitality, foods, telecommunications, this would be about 70 highly trained graduates annually who will constitute valuable workforce and can contribute to building the Nigerian society. Imagine what progress Nigeria would make if 20 other business men commit to doing this.

It is not enough to stand by the sidelines and offer only prayers for our leaders in the hope that this nation would work again and our youths would be magically employed. We must challenge those responsible for job creation: If they would not think creatively as regards measures that would reduce Nigeria’s unemployment burden, we must think for them.

Before You Start a Business, Listen to Your Ego

Apply to be a TED Fellow (Fully Funded)