Six Keys to Being Excellent at Anything 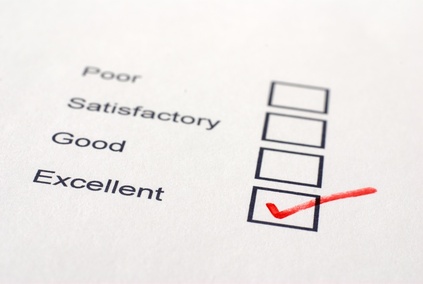 “If you want to be really good at something, it’s going to involve relentlessly pushing past your comfort zone, as well as frustration, struggle, setbacks and failures. That’s true as long as you want to continue to improve, or even maintain a high level of excellence. The reward is that being really good at something you’ve earned through your own hard work can be immensely satisfying.“

I’ve been playing tennis for nearly five decades. I love the game and I hit the ball well, but I’m far from the player I wish I were.

I’ve been thinking about this a lot the past couple of weeks, because I’ve taken the opportunity, for the first time in many years, to play tennis nearly every day. My game has gotten progressively stronger. I’ve had a number of rapturous moments during which I’ve played like the player I long to be.

And almost certainly could be, even though I’m 58 years old. Until recently, I never believed that was possible. For most of my adult life, I’ve accepted the incredibly durable myth that some people are born with special talents and gifts, and that the potential to truly excel in any given pursuit is largely determined by our genetic inheritance.

During the past year, I’ve read no fewer than five books — and a raft of scientific research — which powerfully challenge that assumption (see below for a list). I’ve also written one, The Way We’re Working Isn’t Working, which lays out a guide, grounded in the science of high performance, to systematically building your capacity physically, emotionally, mentally, and spiritually.

We’ve found, in our work with executives at dozens of organizations, that it’s possible to build any given skill or capacity in the same systematic way we do a muscle: push past your comfort zone, and then rest. Will Durant, commenting on Aristotle, pointed out that the philosopher had it exactly right 2000 years ago: “We are what we repeatedly do.” By relying on highly specific practices, we’ve seen our clients dramatically improve skills ranging from empathy, to focus, to creativity, to summoning positive emotions, to deeply relaxing.

Like everyone who studies performance, I’m indebted to the extraordinary Anders Ericsson, arguably the world’s leading researcher into high performance. For more than two decades, Ericsson has been making the case that it’s not inherited talent which determines how good we become at something, but rather how hard we’re willing to work — something he calls “deliberate practice.” Numerous researchers now agree that 10,000 hours of such practice is the minimum necessary to achieve expertise in any complex domain.

That notion is wonderfully empowering. It suggests we have remarkable capacity to influence our own outcomes. But that’s also daunting. One of Ericsson’s central findings is that practice is not only the most important ingredient in achieving excellence, but also the most difficult and the least intrinsically enjoyable.

If you want to be really good at something, it’s going to involve relentlessly pushing past your comfort zone, as well as frustration, struggle, setbacks and failures. That’s true as long as you want to continue to improve, or even maintain a high level of excellence. The reward is that being really good at something you’ve earned through your own hard work can be immensely satisfying.

Here, then, are the six keys to achieving excellence we’ve found are most effective for our clients:

I have practiced tennis deliberately over the years, but never for the several hours a day required to achieve a truly high level of excellence. What’s changed is that I don’t berate myself any longer for falling short. I know exactly what it would take to get to that level.

I’ve got too many other higher priorities to give tennis that attention right now. But I find it incredibly exciting to know that I’m still capable of getting far better at tennis — or at anything else — and so are you.

Can Robots Be Managers, Too?